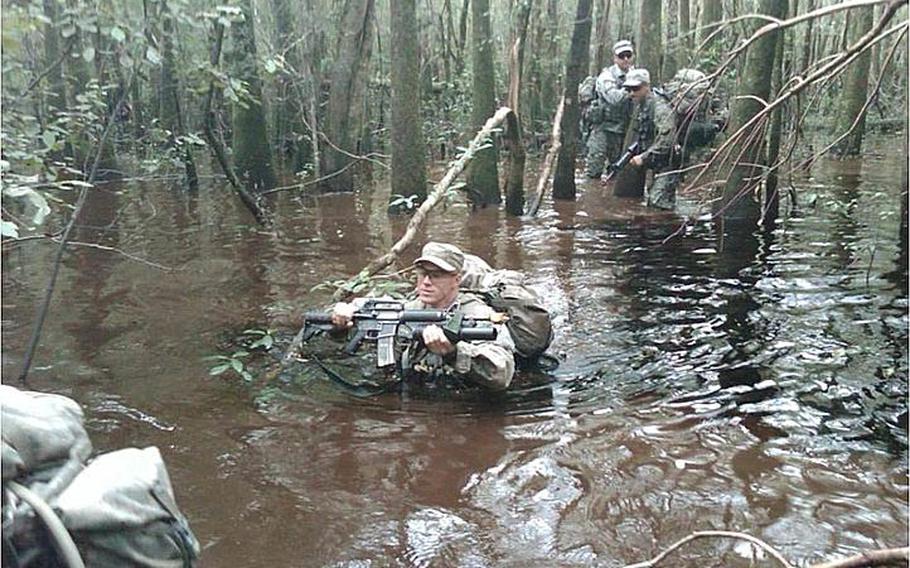 ARLINGTON, Va. &mdash; The Army&rsquo;s celebrated Ranger School, once coveted by young soldiers eager to prove their mettle by surviving two months of grueling simulated combat, is finding it hard to compete with another alternative: actual combat.

After a decade of extended war deployments and with little time back home for training, there is now a &ldquo;critical&rdquo; shortage of Ranger School graduates needed to fill hundreds of crucial combat leadership positions intended for them across the Army, school officials say.

The dearth is particularly noticeable among noncommissioned officers &mdash; the sergeants, staff sergeants and sergeants first class who lead small units of enlisted soldiers through combat &mdash; and among all ranks of combat maneuver operators &mdash; the infantry, armor, field artillery and cavalry units fighting at the front lines.

Because of the shortage, soldiers without Ranger training increasingly are filling those leadership positions. Officials at the Army&rsquo;s exclusive Ranger School at Fort Benning, Ga., and elsewhere said lives may be at risk because soldiers are going into battle without the best possible leaders.

But others, including some who are Ranger qualified, believe that combat trumps training, that the hard-earned Ranger tab worn on the left shoulder after completing a brutal 61-day regimen through mountains, woods and swamps, on minimal food and sleep, is no substitute for years spent fighting real-life enemies in Afghanistan or Iraq.

NCOs with extensive combat experience are good enough for some.

&ldquo;They&rsquo;re as qualified as anybody else,&rdquo; said Sgt. Maj. Thomas Dartez, who earned his tab in 1985, served with the 2nd Ranger Battalion, 75th Ranger Regiment, and taught at the school twice, most recently in 2004.

Combat is ultimately the best teacher &ldquo;because you learn from experience,&rdquo; Dartez said, using roadside bombs as an example. &ldquo;Having a tab doesn&rsquo;t prepare you for that.&rdquo;

Some graduates join the 75th Ranger Regiment, a special operations unit comprised solely of Rangers. Others serve with the training brigade as instructors. Most &mdash; hundreds each year &mdash; fan out across the Army to fill leadership positions.

For decades, soldiers did the tab check: shaking hands and glancing at the left shoulder. Wearing a Ranger tab meant people looked at you differently, more was expected of you, said 1st Sgt. Eric Allen, a Ranger instructor from 2004 to 2006, who is deployed to Afghanistan.

Allen went to Ranger School as a 20-year-old specialist because all of his senior leaders had tabs on their left shoulders.

&ldquo;That right there made the difference in me going early,&rdquo; he said.

Now, some soldiers who have earned Combat Infantry Badges and served multiple wartime deployments don&rsquo;t see a use for Ranger school.

Allen and Price believe that is the wrong attitude. Without Ranger-qualified leaders in combat, the standards are lowered, Allen said, adding that Ranger School provides a broad leadership perspective, putting soldiers into a wide range of scenarios.

To Benchoff, Ranger School prepares soldiers for the kind of fighting happening in Afghanistan, especially in mountainous provinces like Kunar and Paktika, making them more &ldquo;confident in how to plan those kind of patrols from the start.&rdquo;

But after years of fast-paced, repeated deployments, time away from war is precious.

Smith, the school&rsquo;s commander, and several others said soldiers often get only a year at home between deployments and they&rsquo;re loathe to trade two months with their families for two months in Ranger School. Other Ranger-tabbed junior soldiers are getting promoted sooner, making rank and leaving the Army faster than they can be replaced.

How bad is it?

Ranger-qualifed soldiers fill less than 50 percent of the positions marked for enlisted troops, and things are particularly bleak among NCOs, said Smith, who took over Ranger training in January. Sergeants, for example, are filling only 25 percent of their slots, while staff sergeants fill 40 percent.

And there is little improvement coming in the immediate future. The small number of NCOs enrolling, he said, is &ldquo;pretty staggering.&rdquo;

&ldquo;If something doesn&rsquo;t get done about this soon, the Ranger NCO ... we&rsquo;re going to be extinct,&rdquo; Smith said. &ldquo;And the Army is going to suffer in the long run from it.&rdquo;

To Smith&rsquo;s frustration, some senior leaders do not share his sense of urgency.

&ldquo;I have not seen this as a readiness challenge,&rdquo; U.S. Army Pacific commander Lt. Gen. Benjamin &ldquo;Randy&rdquo; Mixon said in an e-mail.

Mixon, who still wears his tab, commanded a Ranger company and served in the 75th Ranger Regiment, said it is a great accomplishment, &ldquo;but not the ultimate qualifier.&rdquo;

&ldquo;I judge the individual and their experience,&rdquo; said, &ldquo;not the badges they wear.&rdquo;

Those fit enough to get in the door of Ranger School are taught skills to lead squads and platoons through continuous combat patrols &mdash; including military mountaineering, mobility training, knots and ropes for rappelling and hauling equipment, parachute assaults and small boats &mdash; all while under severe weather, hunger and emotional stress, tested by ambush raids and urban assaults.

The training builds confidence in all types of soldiers to know how they will react in real combat.

&ldquo;Ranger School is much more than a two month &lsquo;suck it up&rsquo; school,&rdquo; school spokesman Sgt. 1st Class Todd Hutchings said. &ldquo;Your body is smoked but your mind must continue working as you lead your classmates through complex missions in austere environments.

Smith has vowed never to turn away a qualified applicant, and actually filled all 11 classes this year over their 270-person capacity; one even reached 426.

But they were mostly the wrong kind of applicants, he stressed &mdash; enlisted soldiers from low-priority job specialties, or officers.

Without enough staff sergeants, the school is targeting specialists to sergeants in combat maneuver fields.

&ldquo;These folks are really the weapon of choice for a lot of missions in Somalia, Yemen, Afghanistan [and] Pakistan,&rdquo; said Addicott, now director of the Center for Terrorism and Law at St. Mary&rsquo;s University in San Antonio. &ldquo;That&rsquo;s the one thing you shouldn&rsquo;t tinker with.&rdquo;