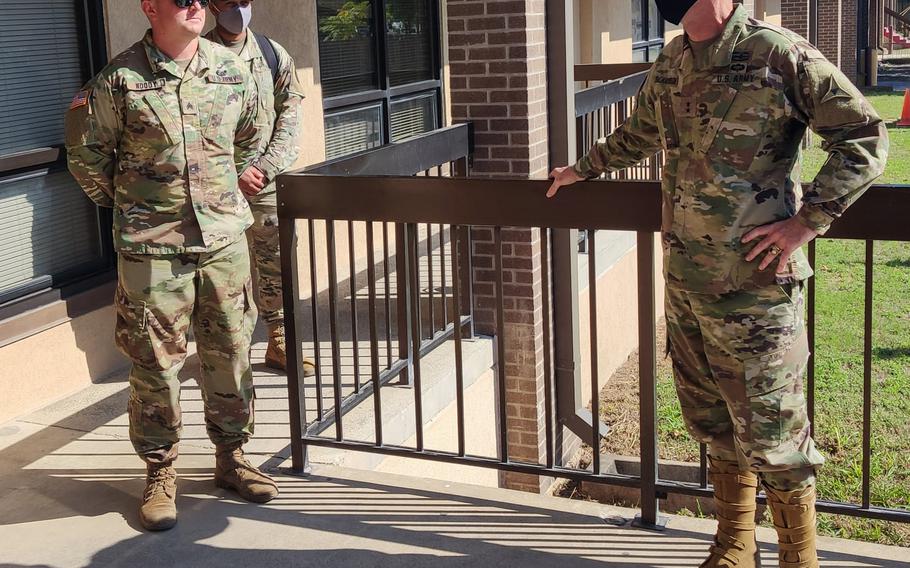 Maj. Gen. John Richardson, deputy commander of III Corps and Fort Hood, visits a barracks building within the 3rd Cavalry Regiment to discuss Operation Phantom Action, a five-day training pause that kicked off a yearlong trust-building initiative among soldiers and leaders. The corps plans to expand the initiative to three other bases under its command. (U.S. Army)

AUSTIN, Texas — A five-day training pause that kicked off a trust-building initiative among soldiers at Fort Hood was so successful that leadership has decided to expand the efforts to other bases under the command of III Corps.

Maj. Gen. John Richardson, who took over last month as deputy commander of III Corps and Fort Hood, led the initiative at the central Texas base because he said he found there to be “a trust deficit that has built over time between soldiers and the chain of command.”

Known as Operation Phantom Action, soldiers paused from their day-to-day activities Sept. 28 through Oct. 3 to focus on rebuilding trust through a series of planned events, discussions and activities. The initiative included about half of soldiers at Fort Hood. The remaining soldiers, who are assigned to the 1st Cavalry Division, will undergo a similar weeklong event one battalion at a time, according to division officials.

“The reaction from the soldiers was overwhelmingly positive,” Richardson said Tuesday. 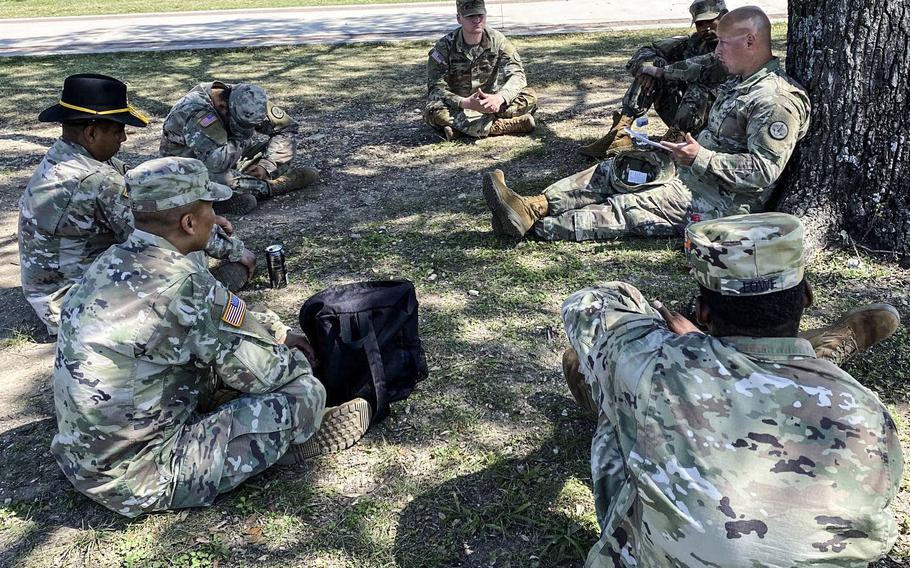 To rebuild trust among soldiers and leaders, III Corps and Fort Hood leaders provided units five days to allow noncommissioned officers time to sit with their soldiers in small groups and get to know them better. The initiative was so successful that leadership plans to expand it to three other bases under command of III Corps. (U.S. Army)

The initiative will rebrand as Operation People First at the other bases commanded by III Corps, which are Fort Bliss, Texas, Fort Riley, Kan., and Fort Carson, Colo., he said. The name Phantom Action stemmed from the call sign and mascot of III Corps, which is less recognizable outside of Fort Hood.

Division commanders at the three bases received a draft operation order for the trust-building initiative and Richardson planned to discuss it with them Wednesday.

Fort Hood and Army commanders have taken a hard look at the base following the disappearance and death of Spc. Vanessa Guillen, who was killed on the base in April by a fellow soldier.

Army Secretary Ryan McCarthy said during an August visit to Fort Hood that the base had higher instances of violent crime than any other formation of the Army. Richardson said the crime is just one of the symptoms of the lack of trust that has built up over the years at Fort Hood.

“The No. 1 cause that we identified is the operational tempo that the Army’s been under, and Fort Hood specifically, for almost two decades now,” Richardson said. Most units on the base have been on five to seven deployments since 2004, according to information that he provided.

“We’ve had an imbalance between missions and people,” Richardson said. “We didn’t invest the time we needed to in taking care of soldiers and families to the level required.”

Phantom Action provided that time with a particular focus on the relationship between soldiers and NCOs. The five-day training pause allowed leaders to get to know each soldier under their direction and discuss difficult subjects that can erode trust, such as sexual harassment and assault, racism and extremism and suicide.

“It exceeded my expectations,” Richardson said of observing units last week. “Trust isn’t built overnight and it took a long time for this trust erosion to take place. My concern was it was going to take long time to really reestablish that and rekindle that trust with the soldiers. I was really amazed last week at how fast the barriers melted away between leaders and soldiers once leaders had the opportunity to engage with them in genuine conversation.”

Richardson said he went out every day during the training pause to speak with soldiers about how they felt about the efforts and reassured them that he would continue to prioritize and make time for the exercise to continue.

Aside from facilitated conversations, much of the work involved just learning about a soldier’s life outside of work. Squad leaders, typically a sergeant or staff sergeant, visited each of their soldiers’ homes to meet their family and hear any concerns about their housing or barracks room, Richardson said. 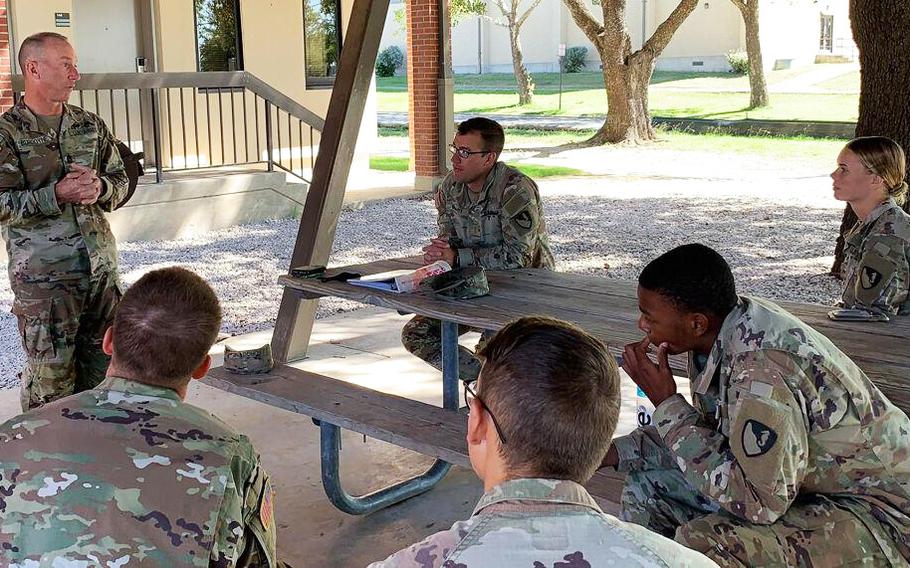 Squad leaders also called each of their soldier’s next-of-kin. While this felt very strange for most of them, he said it was important because today’s technology keeps people so closely connected despite physical distance.

“It was incredibly powerful,” Richardson said. “We have to change our culture. We can’t disregard that our families and close friends are woven into people’s daily lives now and we have to connect with them.”

The details of the corps-wide rollout will become available once the commander of III Corps, Lt. Gen. Pat White, is back at the headquarters later this month after having recently returned from deployment to the Middle East.

“When Gen. White rolls this out we’ll have a people-first strategy across the entire corps, not just here at Fort Hood,” Richardson said.