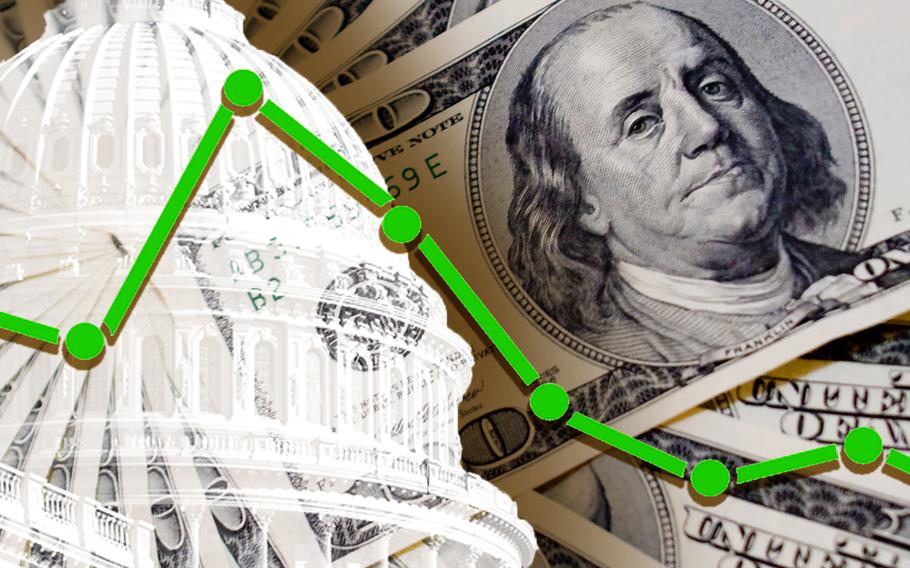 WASHINGTON — The full House and a Senate panel on Thursday approved massive appropriations measures to fund the next defense policy plan, bringing a 2.6 percent military pay raise, boosts to troop levels as well as new weapons and equipment closer to reality.

Both chambers are already headed into conference committee to hash out a final version of the 2019 National Defense Authorization Act, which directs policy and spending plans for the Defense Department.

Thursday’s actions will bring the NDAA even closer to garnering funding for its plans, which includes the highest military pay raise in nine years.

Members have produced “one of the best defense bills since I’ve been here,” Sen. Lindsey Graham, R-S.C., who has served on the Hill since 1995, said during the Senate Appropriations Committee’s markup of its defense funding measure. This is “long overdue for the men and women who are fighting these wars and serving our nation. This is a terrific markup.”

With a deal to lift budget spending caps already in place, midterm elections approaching this fall and a more experienced administration, lawmakers are poised to pass the defense policy measure earlier and in smoother fashion this year. At this time last year, the Senate was yet to even approve its version of the NDAA, much less reach an appropriations deal.

Earlier this year, a two-year budget caps deal raised spending for defense to $716 billion this year.

In recent months, House and Senate committees held dozens of hearings to discuss the 2019 spending and policy priorities for each of the branches as well as a wide-ranging list of challenges facing the military.

The defense plan looks to build on momentum to grow the size and might of the military in response to China and Russia’s growing capabilities as laid out in President Donald Trump’s $686.1 billion Pentagon budget proposed earlier this year. Trump’s proposal was poised to get a receptive response on Capitol Hill with Congress invested in military improvements during an election year.

This year’s House and Senate NDAA versions authorize the pay raises, troop level increases, purchases of aircrafts, ships, submarines and weapons and a series of new policy initiatives. And the NDAA legislation could win final congressional passage this summer, experts have said.

On Thursday, the House passed its defense appropriations measure, H.R. 6187, in a vote of 359 to 49, in its last vote ahead of July 4th recess. The House is slated to return July 10.

The Senate Appropriations Committee also approved its version of a defense funding measure ahead of its upcoming holiday break.

Lawmakers aren’t facing a long list of major issues on this year’s defense plan before reaching an agreement on funding and policy, experts have said. And with large margins of passage in both houses so far, the measures appear to be “veto proof,” even if Trump disagrees with the plan.

However, there are separate concerns that could derail the smooth process so far. For example, there have been threats from the White House that funding could face roadblock and face a government shutdown if Trump doesn’t get his border wall.

The House and Senate defense policy plans also expand efforts to respond to and combat military-related child abuse and sexual misconduct among its ranks.

The Senate seems to take a more aggressive stance than the House NDAA proposal on issues such as reforming the “up or out” military promotion system, addressing opioid addiction among servicemembers and veterans, and tackling the sexual misconduct, abuse and domestic violence concerns. For example, the Senate proposal would make domestic violence a crime under the Uniformed Crime Military Justice, or UCMJ, a complaint raised in several Senate committee hearings this past year.