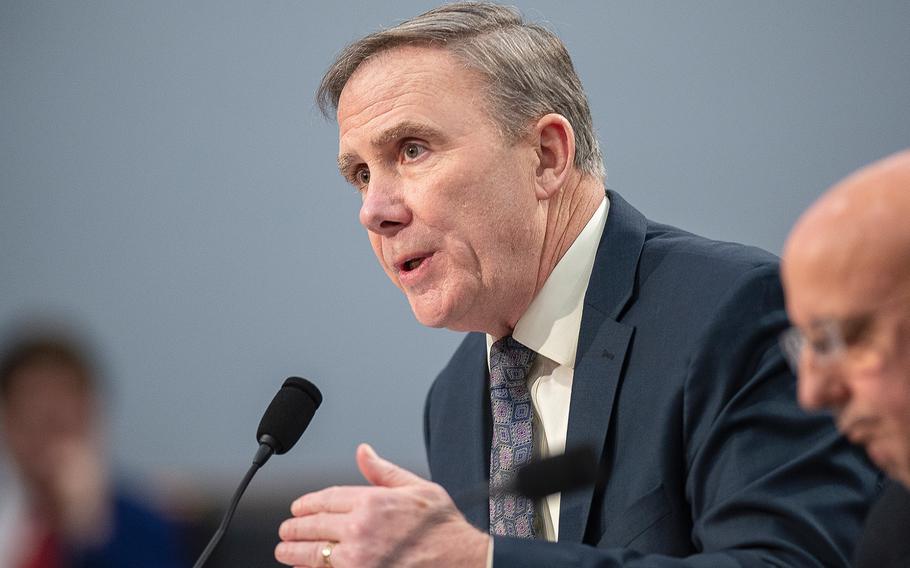 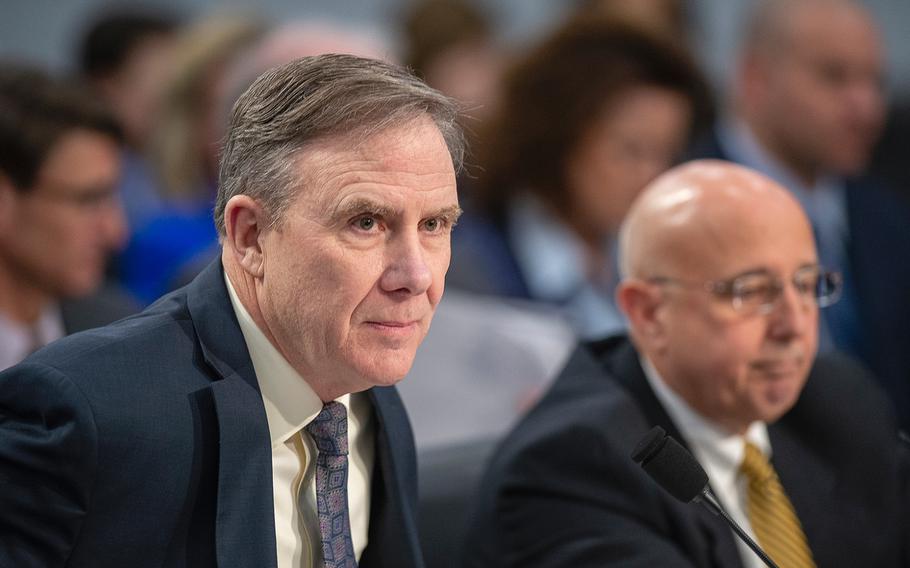 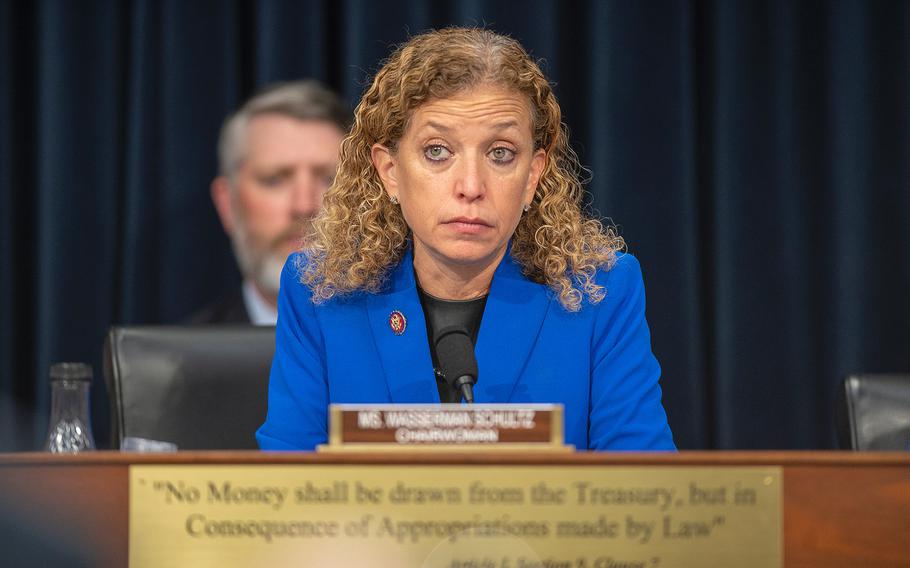 WASHINGTON – Several members of a House panel blasted a top military official during a contentious hearing Wednesday over President Donald Trump’s plan to shift $6.1 billion in Pentagon money to build a wall along the U.S.-Mexico border.

“What we are witnessing is a president who poses a direct threat to both our military families and America’s national security,” said Rep. Debbie Wasserman Schultz, D-Fla., chairwoman of the House Appropriations subpanel on military construction and other related issues. “This declaration undermines U.S. national security and the needs of our men and women in uniform.”

Trump declared a national emergency on Feb. 15 as part of an effort to move $3.6 billion from military construction projects and another $2.5 billion from a drug interdiction account to fund construction of a southern border wall.

Wasserman Schultz argued with border crossings at historic lows and illegal drugs largely moving through legal ports of entry, there was no crisis on the border.

Yet, Pentagon officials are now scrambling to shift the $6.1 billion from the Pentagon’s current fiscal year budget to wall construction in the face of growing political challenges.

On Tuesday, the Democratically controlled House approved a resolution by Rep. Joaquin Castro, D-Texas, to terminate Trump’s emergency declaration. Thirteen Republicans broke ranks to support the move. Earlier that day, the top general for U.S. Northern Command said there was no military threat on the southern border and the command’s drug interdiction funds shouldn’t be diverted to help build a wall.

Robert McMahon, assistant defense secretary for sustainment, told the House subpanel on Wednesday that it’s too early to identify which military projects could be cancelled this fiscal year in lieu of the wall. However, he said the Pentagon plans not to touch funding reserved for military housing, which has come under fire in recent months for extensive deficiencies across the country.

“We are not that far along yet,” McMahon said.

He said the Trump administration is considering a plan to use $1.3 billion allocated for border security in fiscal year 2018 and another $1.375 billion in 2019 for the wall. Then, Pentagon leaders will move to the new funding plans directed by Trump’s national emergency.

However, several lawmakers raised concerns that Trump will continue efforts to siphon funds from the military for the wall. Trump has previously said he wanted as much as $25 billion for the wall plan.

Under questioning during Wednesday’s hearing, McMahon said he couldn’t guarantee he wouldn’t be back before the panel next year for the same national emergency.

“So, what the hell are we here for?” Rep. Tim Ryan, D-Ohio, asked. “I don’t think anybody in this town is going to think that this president is going to stop with this particular circumstance. I don’t think Democrats or Republicans – they may not say it in front of the microphone – but no one thinks he’s going to stop here. And that’s a problem.”

Texas Rep. John Carter, ranking Republican for the House Appropriations subpanel, said he is supportive of Trump, though he did not approve of the plan to shift funds away from military construction.

“While I stand with the president on this important national security issue, I will not do so at the expense of the soldiers and families of Fort Hood,” he said of the Army base in central Texas. “We must solve the crisis at the southern border but not at the expense of those who have bravely served.”

Wasserman Schultz said Trump’s claims there is an emergency on the border is a “fabrication” and a “boondoggle.”

Using a national emergency declaration for the wall, “simply put, is stealing,” she said.

Wasserman Schultz suggested the move could threaten military readiness especially as the Defense Department faces a backlog of $116 billion in facility improvements. An estimated 32 percent of military facilities are in poor or failing condition, she noted.

McMahon said no military construction projects have been cancelled yet. However, officials will request funds taken for the wall to be restored in the Pentagon’s fiscal year 2020 budget request.

“While some current military construction projects maybe deferred, the fiscal year 2020 president’s budget request will include a request for funds to replenish funding for these projects,” he said.

Wasserman Schultz called McMahon’s claims “verbal gymnastics,” and she said such a move to back fill funds was an attempt to circumvent Congress.

“Mr. Secretary, you’re fooling no one, really. I’m not sure what kind of chumps you think my colleagues and I are,” she said. “You are taking money from vital projects that the military previously said were essential and spending that money on a wall and then asking for the money to be back filled …when we already had that debate and the president’s proposal was rejected.”

On Monday, Reps. John Garamendi, D-Calif., and Doug Lamborn, R-Colo., the chairman and ranking member of a House Armed Services Committee subpanel, demanded in a letter to the White House that they release a list of impacted military projects.

McMahon seem to indicate Wednesday that it was unlikely that they would comply.

“At this point in time, there is no list,” he said.