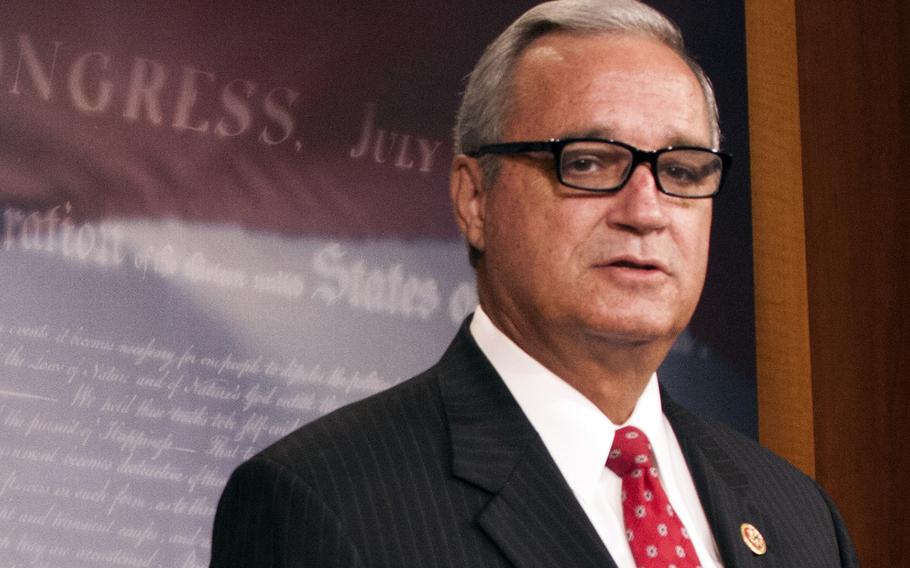 WASHINGTON — VA executive bonuses are once more in the crosshairs on Capitol Hill.

Rep. Jeff Miller, R-Fla., introduced a bill this week that would allow the Department of Veterans Affairs secretary to take back performance pay from managers implicated in last year’s wait-time scandal and other wrongdoing — with no chance for an appeal.

The VA regularly paid out the bonuses to senior executives, and hundreds received them in 2012 and 2013, just before a series of revelations beginning in April showed veteran hospitals and clinics across the country were manipulating patient scheduling records to hide long and sometimes dangerous waits for health care. The falsely reported wait times led to higher annual bonus payments, which had ranged between about $6,000 and $12,000 for 292 senior executives, according to a VA inspector general audit and department data for fiscal year 2013 released by the House Veterans Affairs Committee.

Before resigning in disgrace in May, former VA Secretary Eric Shinseki suspended all future bonuses for fiscal year 2014, which ended Sept. 30.

“Ideally, VA employees and executives who collected bonuses under false pretenses should be subject to prosecution when warranted, but at a minimum their bonuses should be paid back in full,” Miller said in a statement released Tuesday.

Department managers were rewarded if they kept veteran wait times under 14 days and 70 percent of VA hospitals and clinics used inappropriate wait lists to doctor the figures, according to the IG.

In June, an audit revealed that 57,000 vets had been waiting longer than 90 days for health care.

Miller said the top employees “who presided over mismanagement and negligence” were more likely to get bonuses than punishment.

In one example, former VA employee Rebecca Wiley received nearly $18,000 in bonuses while she served as the director of the Augusta and Columbia VA medical centers in Georgia from 2007 to 2013. During that time, mismanagement delayed 8,500 gastrointestinal appointments and nine veterans died while awaiting treatment, according to the Augusta Chronicle.

The bill – the first Miller has filed as primary sponsor in the new Congress — calls for employees to first be notified and allowed a hearing with the VA secretary.

Any executive who felt the VA unfairly or wrongly recouped their bonus would have no way to appeal, if it becomes law.

“The decision of the secretary regarding a repayment by an employee … is final and may not be reviewed by any other agency or any court,” according to a copy of the text provided by Miller’s office.

The VA said it was not ready to comment on the legislation Tuesday.

“VA is reviewing the legislation and will provide formal views to the Congress following completion of our standard process,” the department said in a written statement to Stars and Stripes.

The bill will now go before the Veterans Affairs Committee for debate.

A bonuses debate on Capitol Hill last summer led to Congress passing a cap on the payments as part of a massive $16.3-billion overhaul of the VA. It limits bonuses to $360 million per year for a decade, an annual reduction of about $40 million.