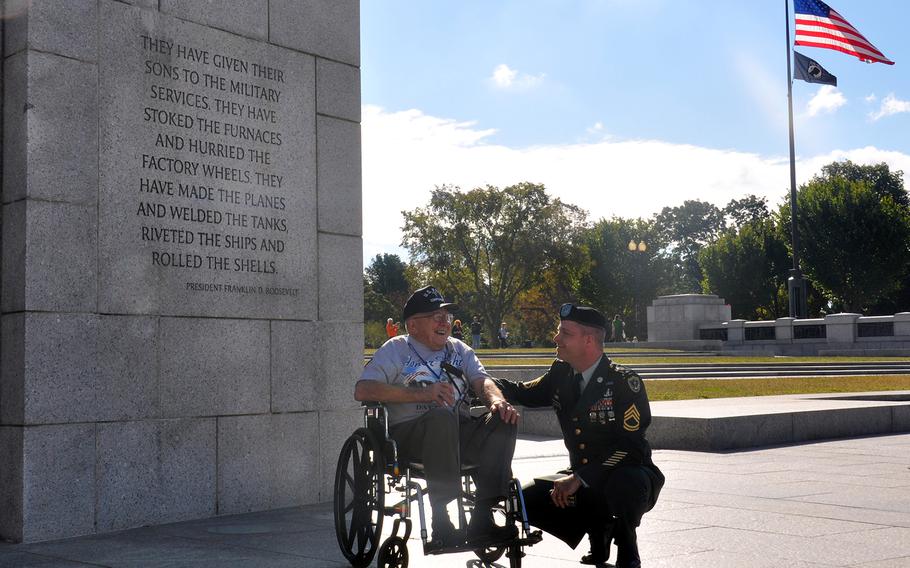 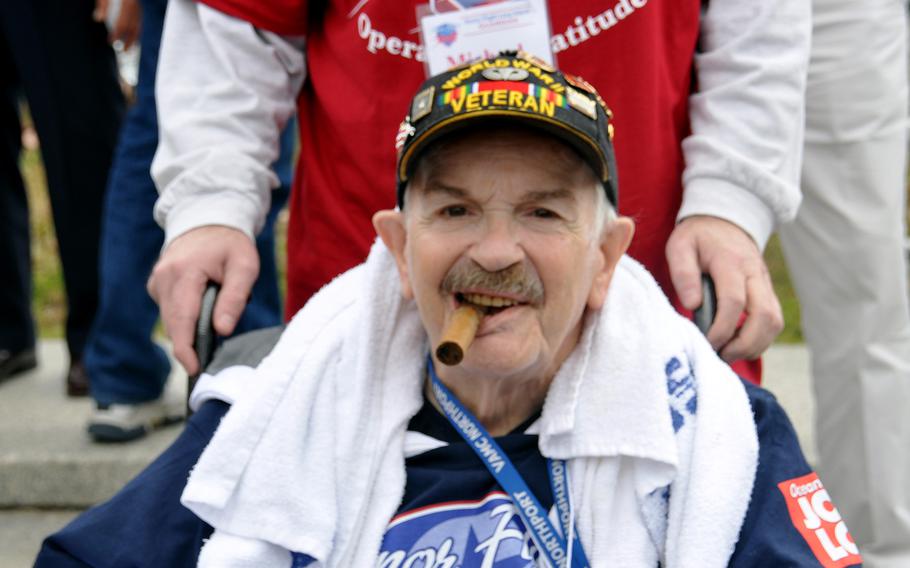 Buy Photo
Michael Caracco smiles for the camera during his New England Honor Flight on Sept. 28, 2013. Behind him is his Honor Flight guardian, his son. (Meredith Tibbetts/Stars and Stripes) 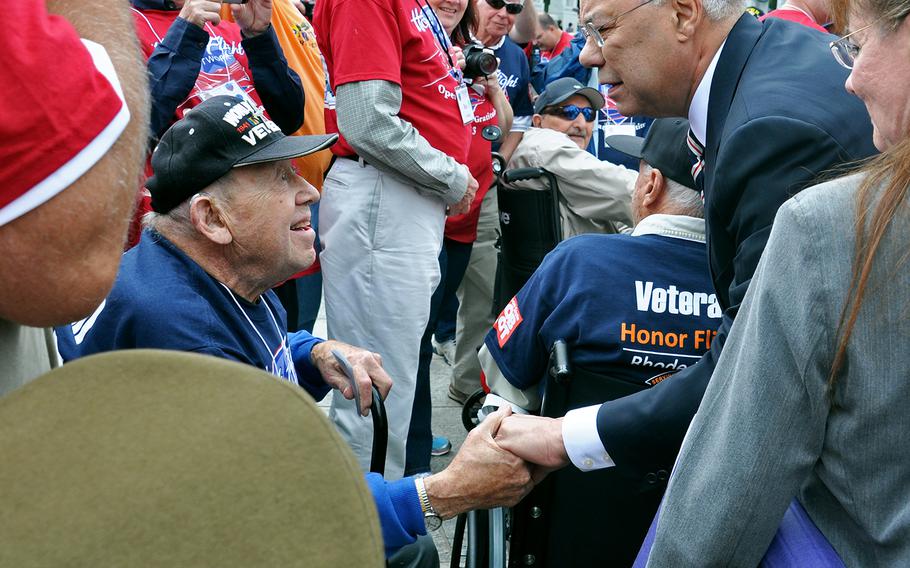 Buy Photo
A World War II veteran shakes the hand of former Secretary of State Colin Powell on Sept. 28, 2013. The WWII veteran was part of the New England Honor Flight that flew to Washington, D.C. and Powell stopped by to greet the veterans. (Meredith Tibbetts/Stars and Stripes)

WASHINGTON, D.C. - Honor Flights from around the country descended onto the World War II Memorial in Washington, D.C., on Saturday.

Special guest former Secretary of State Colin Powell stopped by the World War II Memorial to over a quick speech before he went into the crowd of veterans and personally thanked about a dozen veterans for their service.