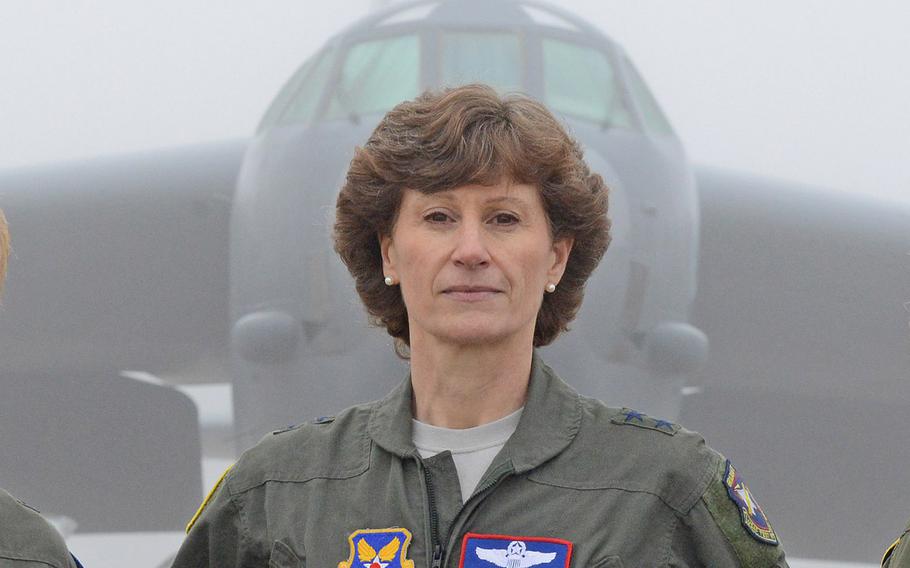 Maj. Gen. Dawn Dunlop was removed from her position as the director of the Defense Department’s Special Access Programs Central Office on May 31 by Ellen Lord, the Pentagon’s acquisition chief, according to the officials. The office, known as SAPCO, is responsible for oversight of the Pentagon’s special access programs, which are highly classified projects that require security and safeguards beyond the scope of typical secret information.

“The department can confirm that as of May 31, 2019, Air Force Maj. Gen. Dawn Dunlop is no longer the director for the Department’s Special Access Programs Central Office,” Air Force Lt. Col. Michael Andrews, a Pentagon spokesman, said in a statement. “The department will not provide any additional comments.”

Andrews did say Dunlop had been moved to serve as a special assistant to Stephen Wilson, the Air Force’s vice chief of staff.

A Pentagon official, who was not authorized to comment publicly on the matter and spoke on condition of anonymity, said Dunlop was the subject of a Defense Department inspector general probe. The official did not say what spawned the investigation, and an email seeking comment from the IG office was not immediately returned Tuesday.

It was not clear what prompted Dunlop’s removal from the position that she had held since August, nor was it clear if it was directly related to an IG investigation.

But Dunlop was accused of fostering a “toxic work environment” in the office, screaming at senior military officials and calling Army and Air Force leaders “idiots,” according to Air Force Times, which cited unnamed officials.

Dunlop is among the most accomplished female fighter pilots in the Air Force’s history. She was the first woman to become a fighter test pilot and the first to fly the F-22 Raptor stealth fighter jet. When Dunlop took command of the 412th Test Wing at Edwards Air Force Base in California in 2010, she became the first female commander of a test wing.

A 1988 graduate of the Air Force Academy, Dunlop has logged more than 3,500 hours flying aircraft including F-15, F-16 and F-22 fighters, according to the Air Force. After graduating from the academy, she was the top graduate from her class at the Air Force Test Pilot School at Edwards AFB.

She additionally served time working as the Air Force’s chief liaison to the Senate and as a White House fellow, during which time she worked as a special adviser to the secretary of energy, according to her Air Force biography.

Recently, Dunlop was featured alongside other female Air Force aviators in recruiting videos shown alongside the film, “Captain Marvel,” released in March that featured Brie Larson in the role of the titular superhero, whose alter ego is an Air Force F-16 pilot.