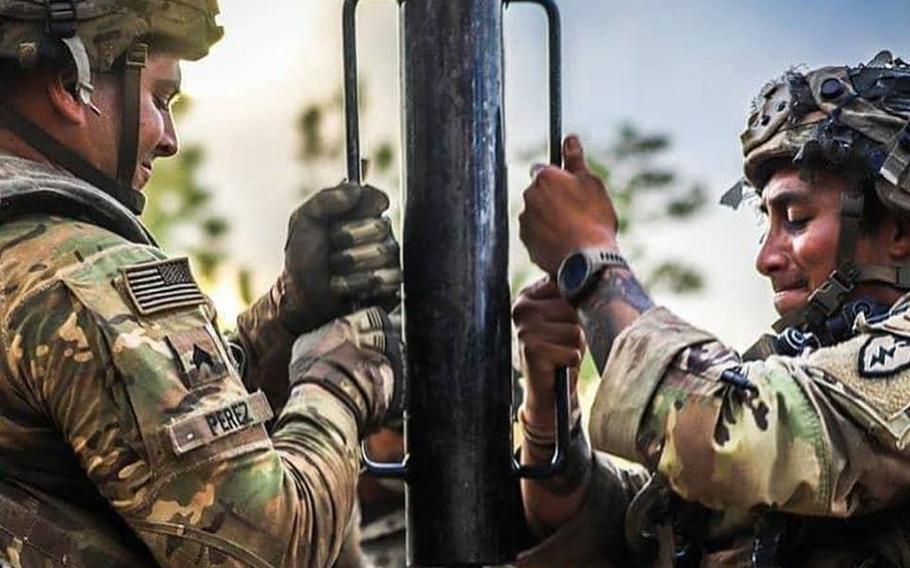 WASHINGTON — If all goes as planned, some 5,500 soldiers with the Army's 25th Infantry Division will return to Schofield Barracks in Hawaii without a single coronavirus case reported during an almost monthlong training exercise in Louisiana, the division’s top general said Monday.

The division’s 2nd Brigade Combat Team on Monday conducted live-fire exercises at Fort Polk’s Joint Readiness Training Center, wrapping up the final stages of its rotation at the key training post, said Maj. Gen. James Jarrard, the 25th ID commander who spoke with reporters by phone from Fort Polk. He credited his soldiers with taking the virus seriously, allowing them to deploy and train without spreading the coronavirus among themselves.

“We had to collectively exercise discipline in all facets of our life, whether it was out shopping on-post or off-post, or whether it was coming in to work,” Jarrard said. “I think the self-discipline and the mindset by everybody to protect themselves and to make sure that they were protecting their families, was a key element of that success.”

In March, as the coronavirus pandemic spread quickly around the world, the Army halted sending units to its major combat training centers. It restarted the large-scale training events during the summer, sending units to JRTC and the National Training Center at Fort Irwin, Calif. Among the changes implemented to limit the virus’ spread was to test soldiers at home before deploying and order them to restrict their movement to only home and work for two weeks before leaving.

Top Army officials have billed the return to training as a success, but they have also said they had continued to see new cases of the virus crop up in units as they trained in the isolated field settings at JRTC and NTC in recent months.

Pentagon policy bars the Army from releasing precisely how many coronavirus cases units have detected during those training rotations. The Army has reported the most virus cases among the military services, with 20,509 total cases since the start of the pandemic, according to the Pentagon’s latest data released Monday.

Jarrard joked he worried his announcement Monday of zero positive cases during the 2nd Brigade rotation, which began the first week of October, could “jinx” the unit before it returns to Hawaii.

The unit did have some positive tests for the virus among its soldiers before it left for Fort Polk, the general said. Those soldiers quarantined and either joined their unit at JRTC later or remained in Hawaii, he said.

While top Army leaders have said some units in recent months have struggled to train at home station amid the pandemic, Jarrard said his brigade completed almost all its training it would typically need before a combat training center rotation. The brigade’s companies did miss out on a live-fire training exercise, but they were set to make up that training in the coming days at JRTC, he said.

“And so, right now they are ready to do anything the nation asks them to do,” Jarrard said. “The second brigade has shown that they're ready by their excellent rotation here at the Joint Readiness Training Center, we've only got a couple of days left here … and they have done extremely well.”

He said the brigade’s training at JRTC has not changed much because of the pandemic. Soldiers working closely together in operations centers wear masks, he said, but combat troops operating out in the field are not required to where the face-coverings, because they are able, typically, to maintain six feet of distance and operate within “bubbles,” where they are isolated from others who have not been tested for the virus.

“They are executing just like they would any other rotation,” Jarrard said. “And so, not a whole lot of difference once they started training. Everyone is training hard, just like they normally do.”