Hagel announces cuts to his own office; hopes to save $1B over 5 years 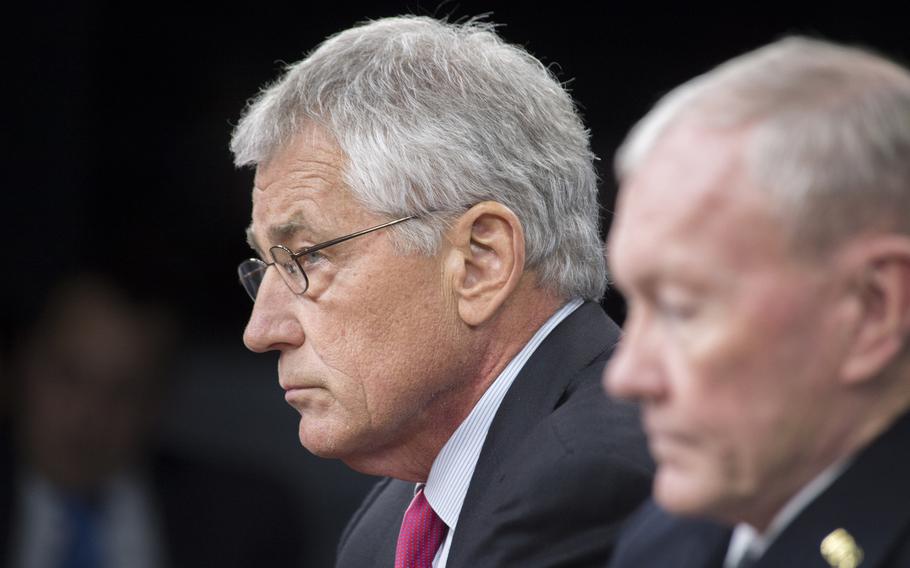 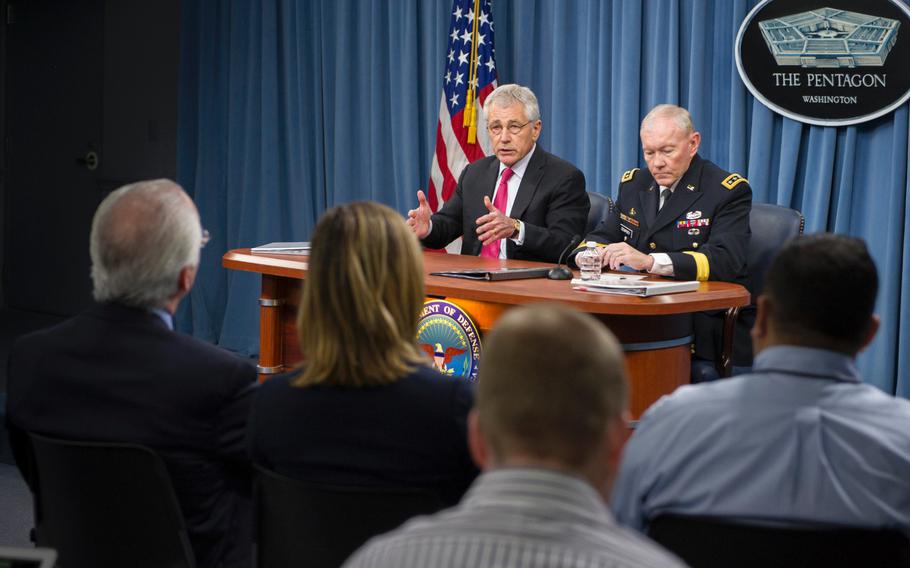 Secretary of Defense Chuck Hagel and Chairman of the Joint Chiefs of Staff Gen. Martin E. Dempsey brief the press at the Pentagon, Dec. 4, 2013. (Daniel Hinton/DOD)

The Defense Department estimates that these moves will save at least $1 billion over the next five years.

“With the Pentagon confronting historically deep and steep and abrupt spending reductions after a decade of significant budget growth, there is a clear need … to pare back overhead and streamline headquarters across this department,” Hagel said during a press conference with reporters at the Pentagon, in which he unveiled the cuts.

In a memo issued to senior DOD leadership, Hagel said that much of the savings will be achieved by using fewer contractors, but there will still be “significant reductions” in civilian personnel. The memo did not address how much of an impact the reductions would have on military personnel.

Hagel said the staff cuts are designed to occur primarily through workforce attrition rather than layoffs, but a DOD fact sheet distributed to reporters indicated that more abrupt cuts might be necessary if the Congress’ sequestration budget framework remains in place.

The final details of the planned cutbacks will not be available until the President’s budget request is submitted next year, but Hagel plans the following changes:

These measures stem from an OSD organizational review led by former Air Force Secretary Michael Donley following the completion of the Strategic Choices and Management Review that looked at DOD budget scenarios. The review was designed to look for ways for DOD to find savings amid ongoing budget challenges, including staff reductions.

Combatant commanders, service chiefs, and other headquarters across DOD are also finalizing their own organizational plans to meet the 20 percent budget cut requirements for all major DOD headquarters dictated by Hagel following the SCMR. The details of these plans will be submitted as part of the President’s budget request next year.