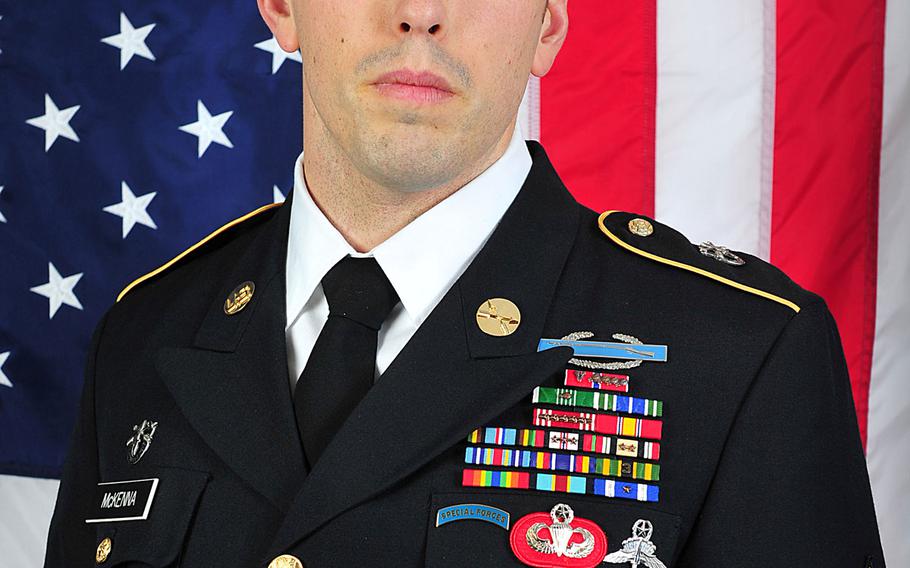 The Army Green Beret killed last week in Afghanistan has been recommended for the Silver Star for actions during an attack Aug. 7 on a special operations facility in Kabul, Army officials said Wednesday.

Master Sgt. Peter Andrew McKenna Jr., 35, died from enemy small arms fire in the attack at Camp Integrity, according to the Defense Department. He was a member of 1st Battalion, 7th Special Forces Group out of Eglin Air Force Base, Fla.

Army Chief of Staff Gen. Ray Odierno mentioned McKenna, a native of Bristol, R.I., during his final press briefing Wednesday at the Pentagon, according to the Army Times.

“This reminds us we have soldiers around the world doing dangerous things every single day,” said Odierno, who will retire Friday.

McKenna’s funeral and burial is set for Sunday in Rhode Island.