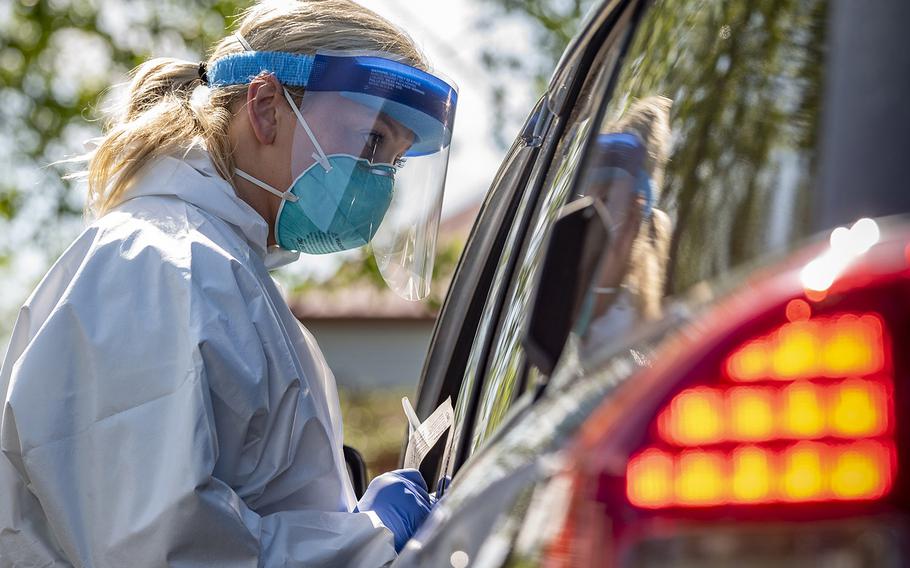 A West Virginia National Guard airman provides a coronavirus test to a citizen on May 22, 2020, in Charleston, W. Va. (Caleb Vance/U.S. National Guard)

A West Virginia National Guard airman provides a coronavirus test to a citizen on May 22, 2020, in Charleston, W. Va. (Caleb Vance/U.S. National Guard) 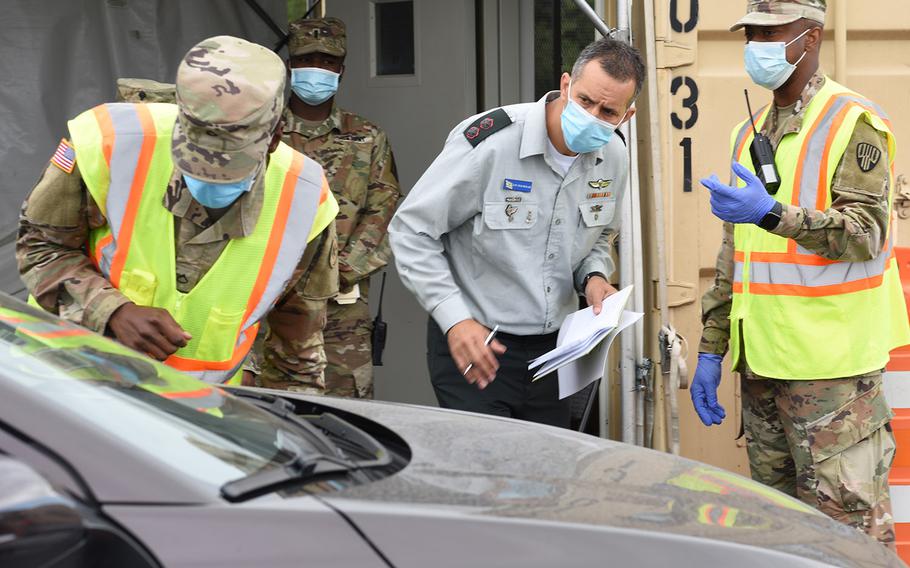 AUSTIN, Texas – Many governors are yet again urging the White House to extend federal funds for National Guard troops deployed to fight the coronavirus pandemic as cases of the virus continue to mount up across the country.

The National Governors Association said Monday that its membership of the leaders of the 55 states, territories and commonwealths “strongly urge” President Donald Trump to extend the authorization of federal National Guard orders to allow states to continue to use troops in various missions associated with the coronavirus pandemic “likely until a vaccine is available.” The existing federal orders are set to end Aug. 21.

“While we appreciate the administration’s support over the past few months, short-term extensions and last-minute authorizations are adversely impacting and disrupting state plans and operations,” according to an association statement sent to the White House.

The federal status, known as Title 32, provides federal funds to pay for the troops to complete missions approved by the Federal Emergency Management Agency, but keeps the Guard members under the control of the state’s leadership. The status also provides Guard members with additional federal benefits and pay not afforded them on state status, such as education and health care benefits, housing allowance, promotion points and benefits associated with retirement.

As of Monday morning, more than 24,900 Air and Army National Guard members were deployed in 50 states, three territories and the District of Columbia to support civilian agencies with coronavirus missions, according to the National Guard Bureau. At the height of deployment levels in May, nearly 50,000 troops were activated for missions that included sorting and delivering medical supplies, cleaning high-traffic public spaces and assisting nursing homes with testing, cleaning and caring for patients.

When the coronavirus first hit the United States in March, the National Guard was called up to help mitigate the spread and the secondary effects of the virus through state missions such as operating testing sites, assisting food banks, and manning call centers for health concerns and unemployment offices. As the pandemic escalated, Trump authorized the use of federal funds for the troops, but through state-by-state memos instead of a blanket approval.

Once all states gained access to federal funds, the deadline to employ the troops has been an issue. Governors and National Guard proponents have repeatedly had to ask for extensions that helped the states plan response efforts and gave Guard members access to various time-related benefits. In May, Trump authorized the latest deadline of Aug. 21.

The White House did not immediately respond about whether Trump supports another extension of federal funds.

Trump has downplayed the spread of the virus, though the death toll across the country has almost reached 150,000. During a news conference last week, Trump said large portions of the country are free of coronavirus. No states have overcome the virus and data from Johns Hopkins shows at least 20 states are experiencing an upward trend in new cases.

"We're seeing improvements across major metro areas, and most hotspots, you can look at large portions of our country, it's corona-free,” Trump said. “But we are watching very carefully California, Arizona, Texas and most of Florida, it's starting to head down in the right direction. And I think you'll see it rapidly head down very soon."

While the deadline for federal status for the Guard is still weeks away, the governors association said some states have begun “the transition process for Guard members to ensure compliance with required quarantine policy,” according to the statement. “Likewise, states and territories will begin the paperwork and training of new Guard members in state active duty starting [Monday].”

The United States has more than 4.6 million confirmed cases of the virus with an average of 61,815 new cases each day during the past week, according to The New York Times.

“This is a needs-based mission and you can clearly see that the need is still there,” said John Goheen, spokesman for the National Guard Association, an advocacy group for the service.

Most governors have asked for federal funds for the Guard be in place for the rest of the calendar year, he said.

“The Guard doing a phenomenal job. I hear from everyone involved that the mission is not over,” Goheen said.

Stars and Stripes reporter Steve Beynon contributed to this report.