GIs could still get paid on 15th if budget drama ends by Oct. 7, or soon after 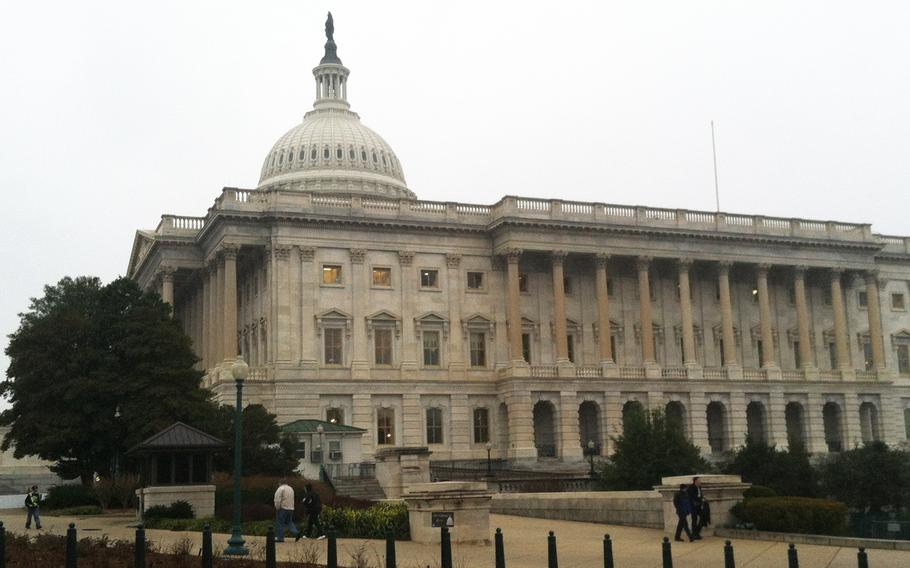 WASHINGTON — If the government shuts down Tuesday, Congress will likely still have a week to work out a deal to fund federal operations before military members’ Oct. 15 paychecks end up delayed, Department of Defense Comptroller Robert F. Hale said Friday.

But if it takes even a day or two longer for the bitterly divided legislators to pass a funding measure, payday might come late as Defense Finance and Accounting Services gets its payroll system back up and running.

“The earliest we’d start having trouble is Oct. 7,” Hale said. “That’s not a hard date – we’ll push it as far as we can, but at some point we’ll have to run the payroll.”

In a Pentagon press conference, Hale presented now-familiar departmental guidance for carrying out a shutdown. Because feuding lawmakers have pushed the government close to a shutdown several times in recent years, he said, “Unfortunately, we’re getting good at this.”

As in previous years, military members would continue serving in case of a government shutdown, but would not be paid for as long as the government is not funded. Once funding was restored, however, they would be paid retroactively.

After the Senate on Friday passed a continuing resolution to fund the government, Armed Services Committee chairman Sen. Carl Levin, D-Mich., called on Speaker of the House John Boehner, R-Ohio, to allow a vote on a funding measure in the House.

“A shutdown would require our troops to go into combat while receiving only an IOU, put hundreds of thousands of DoD civilians on furlough without pay, and could even delay death benefits to the families of troops who fall in combat,” Levin said in a written statement. ”It’s unconscionable that some members of Congress would place their own policy preferences ahead of the needs of our troops and their families.”

An estimated 50 percent of DOD civilians, or about 400,000, in several “excepted” categories would likewise continue working and receive back pay once the government shutdown ended, Hale said at the Pentagon.

But other civilians would be furloughed and not receive any retroactive pay unless Congress passed a law to supply it.

Hale said DOD civilian morale has taken repeated hits from previous near shutdowns, as well as furloughs that took effect earlier this year as a result of automatic cuts to the defense budget known as sequestration.

“Especially coming on the heels of the summer furloughs, I am very concerned [about] the effect this is going to have on our civilian workforce,” he said.

Among the categories of civilians who would not be furloughed are any who are supporting the war effort in Afghanistan and certain other military operations, Hale said. Contracting and other activities in support of the war effort would likewise continue, but most other DOD business activities would stop, he said.

DOD emergency responders such as police and firefighters classified as necessary for the “safety of persons and protection of property” likewise are excepted from furlough, Hale said.

Counseling and support for sexual assault victims would continue, as would counseling for those at risk of suicide, drug and alcohol abuse and mental health problems.