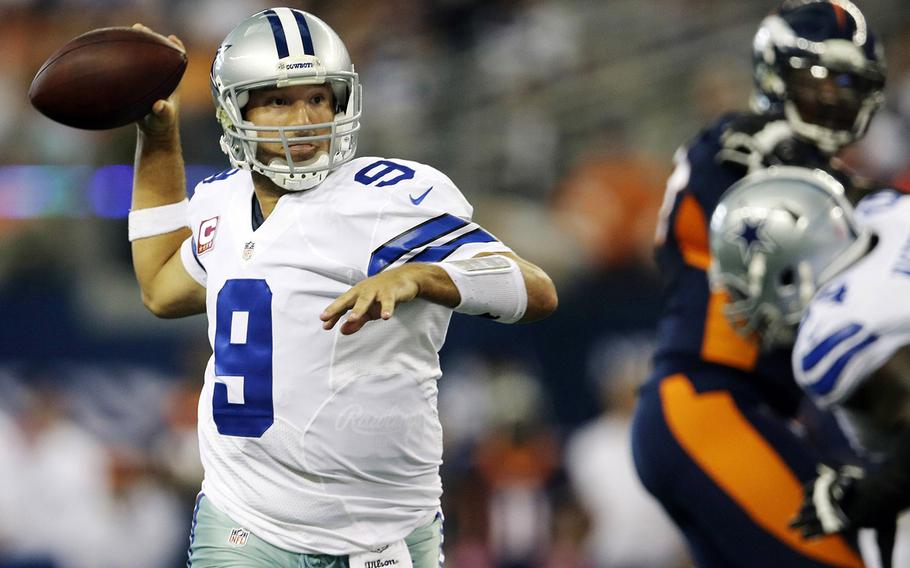 Dallas Cowboys quarterback Tony Romo rolls out to pass against the Denver Broncos during the fourth quarter Sunday in Arlington, Texas. Romo was 25-for-36 for 506 yards and five touchdowns for Dallas (2-3), breaking Don Meredith’s franchise record of 460 yards. He is the fifth quarterback in NFL history to pass for at least 500 yards and five touchdowns in a game, but his late interception set up Denver's game-winning field goal. (Tony Gutierrez/AP)

The biggest moments of the NFL's Week 5, as picked by Stars and Stripes sports editors.