Fort Bliss soldier, hailed as a hero of El Paso mass shooting, has been arrested for desertion 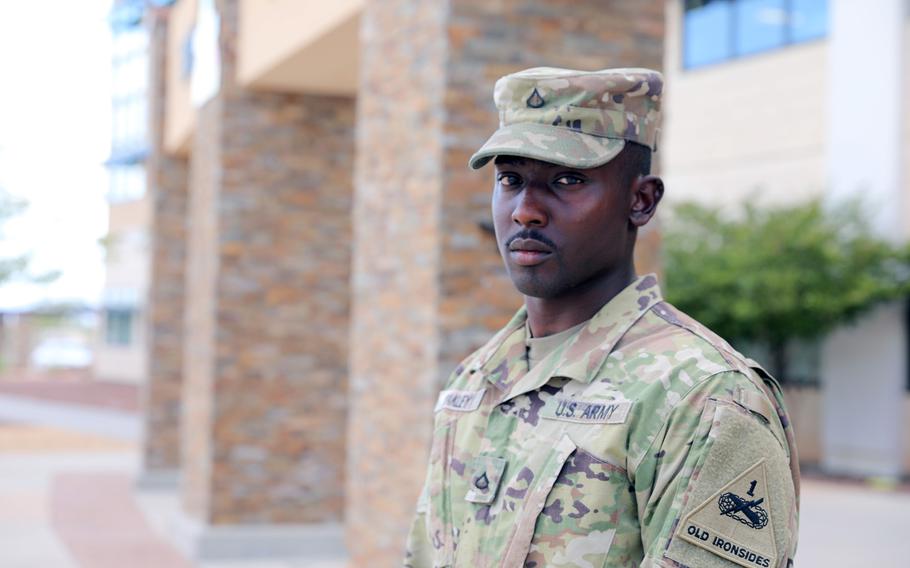 WASHINGTON — The Fort Bliss soldier who was hailed as a hero for saving children during the El Paso mass shooting was arrested Thursday for desertion, according to police.

Pfc. Glendon Oakley, 22, was arrested at about 2:19 a.m. by the Harker Heights Police on the 500 block of Central Texas Expressway, just outside of Fort Hood, according to a police report. Oakley was detained on a “military desertion warrant” issued by Fort Hood, which is more than 500 miles east of Fort Bliss and is located near the town of Killeen.

Oakley grew up in Killeen, while his father was stationed at Fort Hood, according to a report by KWTX-TV.

Article 85 of the Uniformed Code of Military Justice defines desertion as “any member of the armed forces who without authority goes or remains absent from his unit, organization, or place of duty with intent to remain away therefrom permanently.”

Contrary to being absent without leave, or AWOL, desertion characterizes the servicemember as intending to remain absent. AWOL is a temporary status in which the soldier is likely to return. A soldier’s status must be upgraded to desertion from AWOL after a predetermined amount of time has passed since the servicemember was originally reported as AWOL.

In August, during the mass shooting at a Walmart in El Paso, Oakley was shopping at a nearby store in the Cielo Vista Mall, according to media reports at the time. A young child ran up to Oakley to inform him that there was a shooter at the Walmart. Oakley had said he heard gunfire and immediately went into combat mode, grabbing as many children as he could to escort them to safety. Oakley was credited as a hero for escorting multiple people to safety that day.

Oakley joined the Army in October 2017. He is an automated logistics specialist assigned to 504th Composite Supply Company, 142nd Combat Support Sustainment Battalion, 1st Armored Division Sustainment Brigade. Oakley has been deployed to Kuwait and returned months before the mass shooting in El Paso. His awards include the Army Commendation Medal, National Defense Service Medal and the Army Service Ribbon.