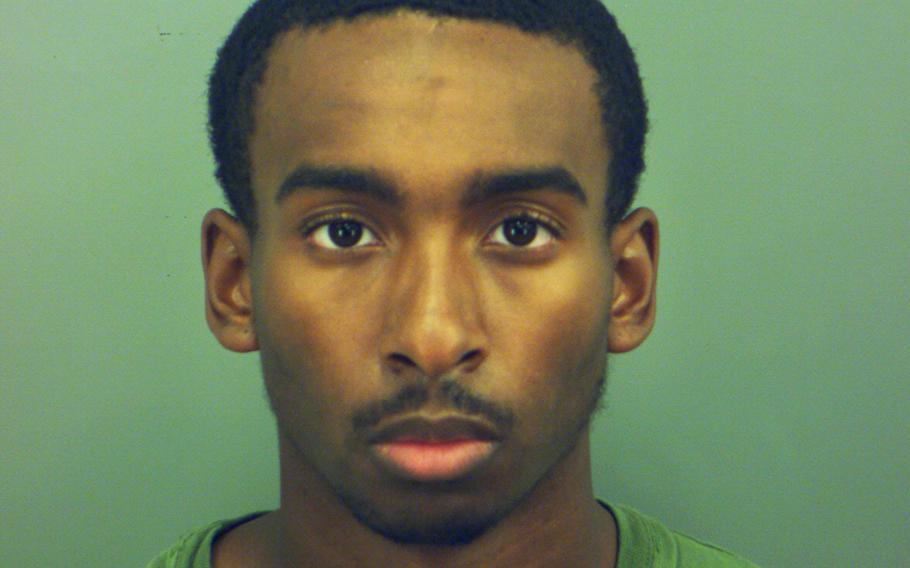 WASHINGTON — A 22-year-old Fort Bliss soldier has been charged with murder in the death of his estranged wife, whose body was found Wednesday in a storage closet, police in El Paso, Texas, and Army officials said.

Spc. Linwood James Smith III was arrested early Wednesday morning and charged in the killing of Kerica Robinson after El Paso police investigators discovered evidence on his phone that he might have attempted to cover up her death, court documents show. He remained in the El Paso County Detention Facility on Friday, where he was booked on murder charges and held on a $1 million bond.

Investigators said they believe Robinson was killed May 29, just three days before her 21st birthday. In an arrest affidavit, police stated a friend reported Robinson missing Tuesday, leading them to contact Smith, who told them that she was in New Mexico.

Smith consented to a search of the apartment that they previously shared in eastern El Paso, according to the document. A subsequent search of his cell phone uncovered internet searches including “can police trace a bullet to a gun” and “what happens if police can’t find a missing person,” investigators stated.

During an interrogation, Smith repeatedly changed his story, investigators wrote. He eventually told them that Robinson had attacked him and he had shot her in self-defense, wrapped her body in plastic and hid it in the storage closet off the apartment’s balcony.

Investigators discovered her body there Wednesday morning. They classified her death as having occurred as the result of family violence.

Fort Bliss officials said Friday that they were aware of Smith’s arrest. Smith is from Jacksonville, Fla., and a signal support systems specialists assigned to the 1st Armored Division, they said.