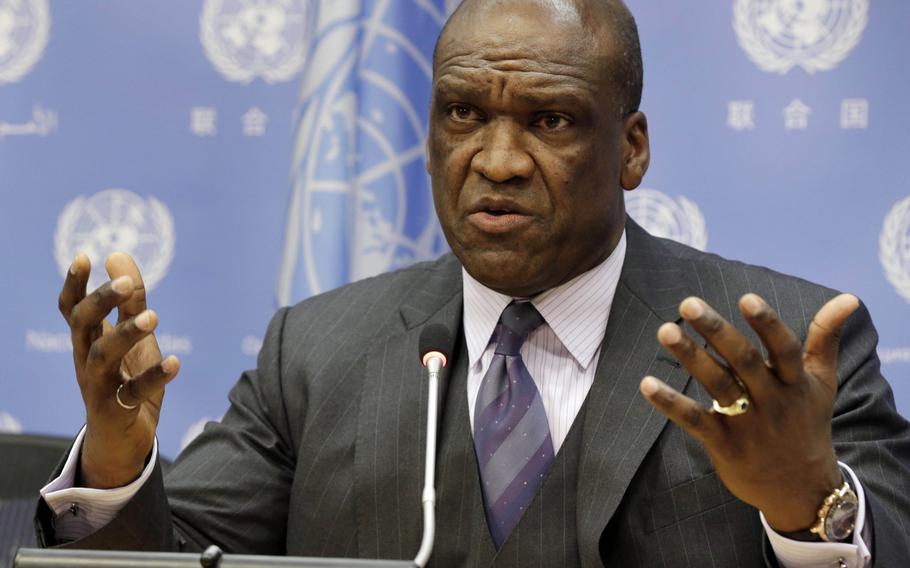 Ambassador John Ashe, of Antigua and Barbuda, the former president of the General Assembly's 68th session, speaks during a news conference at United Nations headquarters in September of 2013. Ashe died on Wednesday, June 22, 2016 at his home in Dobbs Ferry, New York. He was 61. ( Richard Drew/AP)

Paul Ashe says his older brother died Wednesday in the United States. He declined to give further details in a brief interview with The Associated Press.

Ashe was a former U.N. ambassador from Antigua and Barbuda who served in the largely ceremonial post of president of the 193-nation assembly from September 2013 to September 2014.

He was accused by U.S. federal authorities of turning the position into a "platform for profit" by accepting more than $1 million in bribes.

The alleged conspiracy involves six others including a billionaire Chinese real estate mogul, two diplomats and a humanitarian organization officer.