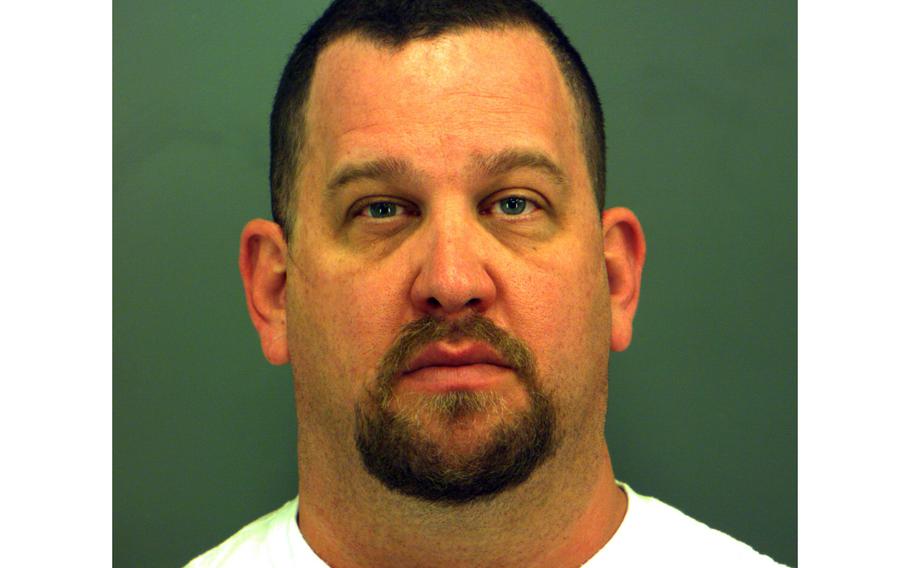 AUSTIN, Texas – A civilian nurse who previously worked at Fort Bliss, Texas, was arrested and charged with abusive sexual contact for inappropriately touching another person at the base hospital, according to federal court documents.

Thomas Robert Williams, 43, was arrested by the FBI on Friday in El Paso, according to court documents. He was listed Wednesday as an inmate at the El Paso Detention Facility.

During a federal court hearing Wednesday in the El Paso Division of the Western District of Texas, Williams’s bond was set at $30,000. Should he be released, U.S. Magistrate Judge Robert F. Castañeda ordered he cannot work as a nurse during the pendency of the case.

While most documents in the case remain sealed, a criminal indictment stated Williams is charged with one count of abusive sexual contact from actions that occurred on or about Oct. 23, 2016, at Fort Bliss, an Army base located in El Paso. He is accused of “intentional touching of [the victim's] genitalia with an intent to abuse, humiliate, harass, degrade, or arouse or gratify the sexual desire of any person, without [the victim’s] permission,” according to the document.

Williams worked as a nurse at William Beaumont Army Medical Center at the time of the incident, said Ambi Payen, spokeswoman for the base hospital. His employment ended in 2017.

“Immediately after the allegations were reported, Mr. Williams was removed from all patient care duties and proper procedures were followed to investigate and protect the victim,” Payen said in a statement.

The Fort Bliss Criminal Investigation Command worked with the FBI on the case, but she said she could not provide any further details.

Williams is from El Paso and has been arrested by police three times between 2009 and 2019 for drunken driving, according to online jail records. He served three days in jail for his most recent charge in May 2019.

If anyone recognizes Williams from his photo and would like to provide information to the FBI, they are asked to call 1-800-CALL-FBI (225-5324).