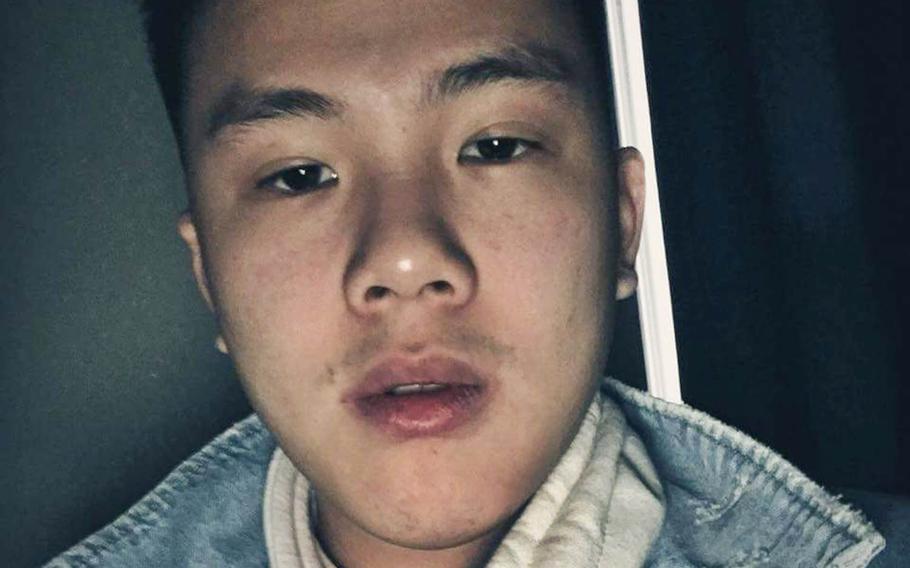 Tony Gilliland, 23, a former airman who was assigned to Vance Air Force Base, Okla., is accused of setting fires this month at a Dallas apartment building. (via Facebook)

A former airman recently found unsuitable for military service has been arrested in connection with multiple small fires set at a Dallas apartment complex.

Tony Gilliland, 23, who had been assigned to Vance Air Force Base, Okla., is facing a felony arson charge stemming from the Feb. 7 incident, according to a recent report in the Dallas Morning News. Firefighters said they responded at about 3 a.m. to a building in the 2400 block of Victory Avenue and found blazes on both the first and second floors.

No injuries were reported, and residents were safely evacuated to a nearby hotel while police and firefighters investigated, the report said.

Gilliland was identified by surveillance footage that showed him wearing camouflage coat and pants, Dallas fire officials told the newspaper. A police officer spotted him later that day in downtown Dallas wearing the same attire.

Fire officials said Gilliland admitted to setting the blazes after being taken into custody, the report said. He blamed mounting frustrations over his personal circumstances for his actions.

Gilliland was administratively separated from the Air Force on Jan. 26 after being found unsuitable for military service, according to a statement issued by the base’s public affairs office. Citing privacy laws, officials would not provide further information on why he was forced out.

Gilliland was a member of the 71st Operations Support Squadron and had been selected for promotion to staff sergeant, according to an article published last August at www.vanceairscoop.com.