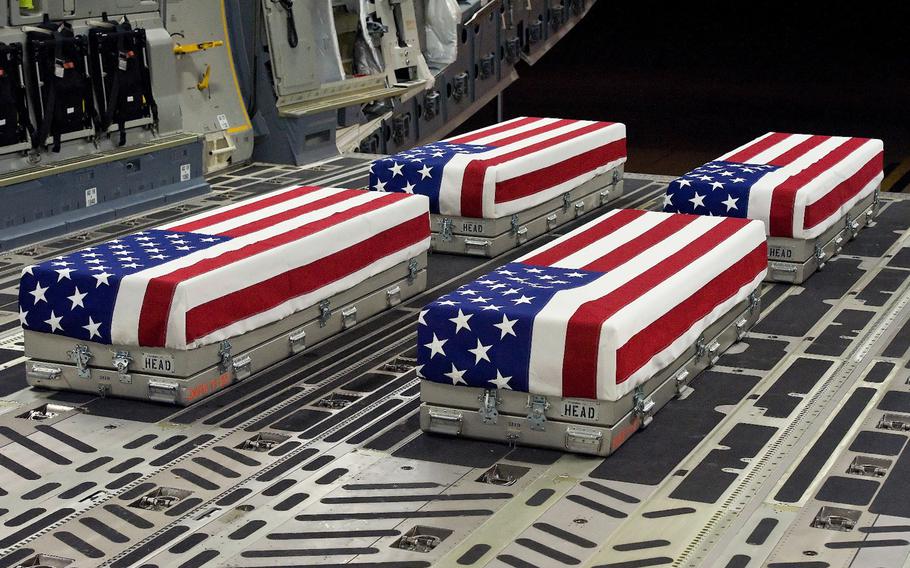 WASHINGTON — The battle over deceased troops’ death benefits was an emotional gut punch even for many beltway regulars used to bitter partisan bickering.

Arnold Fisher, chairman of the Intrepid Fallen Heroes Fund and former CEO of the Fisher House Foundation, called the stoppage of the survivor payouts an embarrassment for the nation. Officials from the American Legion called it unconscionable political gamesmanship.

On Thursday, Republican lawmakers charged Pentagon leaders with intentionally misreading the law to cheat families of fallen troops out of their survivor benefits. Defense Department Comptroller Robert Hale bristled at the accusation, calling it incorrect and offensive.

White House officials blasted GOP leaders for knowing about the death benefit problem for weeks and failing to stop the problem by passing a federal budget. Earlier, House Speaker John Boehner said it was the Pentagon that was unnecessarily withholding the benefits, a “disgraceful” decision in his view.

The latest blame game mirrors others that have taken place over the last 10 days, on topics ranging from program interruptions to worker furloughs to monument closings.

But involving fallen servicemembers has added a grim aspect to the predictable political fight.

At least 29 servicemembers have died since the shutdown began Oct. 1. In an interview with NBC News, Shannon Collins -- the mother of a 19-year-old Marine killed in Afghanistan last week -- said the payout problems have caused unneeded pain.

Republican lawmakers believe that the Pentagon -- and the White House, by extension -- stopped death gratuity payments in an effort to exaggerate the pain of the ongoing government shutdown.

“It is (Defense) Secretary (Chuck) Hagel’s responsibility to make the hard policy judgment and to do the right thing – find a way to treat our families with the respect due they’ve earned,” he said “It is an absolute embarrassment to this government and this nation that we are failing in our duties to those who take care of us and protect us every day.”

Administration officials counter that they did everything possible to warn lawmakers that military widows could be a casualty of the ongoing budget fight, and that Republican stubbornness is the real villain in the fight.

“We go from day to day and discover new consequences of the shutdown,” said White House spokesman Jay Carney. “From the beginning, we have been arguing against shutting down the government.”

News broke this weekend that shutdown restrictions would prevent the military from giving families of troops killed on active duty quick payouts of survivor benefits: $100,000 for miscellaneous costs, plus money for travel and burial expenses.

Congress pushed through new legislation in under two days to fix the problem, even while insisting that the already-approved Pay Our Military Act covered the death gratuity. A Congressional Research Service said that bill includes all survivor benefit payouts. Defense lawyers argue it does not.

Meanwhile, Hagel announced plans to use the Fisher House Foundation as an intermediary to advance the funds to the grieving families until the shutdown ends. Plans call for the Pentagon to reimburse the charity those costs at a later date.

Hagel blasted Congress as breaking the country’s promise to those deceased troops by allowing the shutdown to occur.

On Thursday, Carney called the Fisher House Foundation solution the final word on the issue, calling the new congressional legislation “unnecessary” and a distraction from the work of ending the shutdown.

But, just a few hours later, President Barack Obama signed the measure into law anyway. Pentagon officials will have to review the law to determine whether they can immediately repay the Fisher House Foundation for any money dispersed or whether they'll have to wait until the shutdown ends.

Regardless, troops’ advocates have already had enough of the fighting.

“Those who have borne the burden of battle are now endangered by the very political system they vowed to protect,” said Vietnam veteran William Thien, national commander of the Veterans of Foreign Wars. “If our veterans had acted similarly while in uniform, there is a good chance that we would now be flying a flag of a different color.