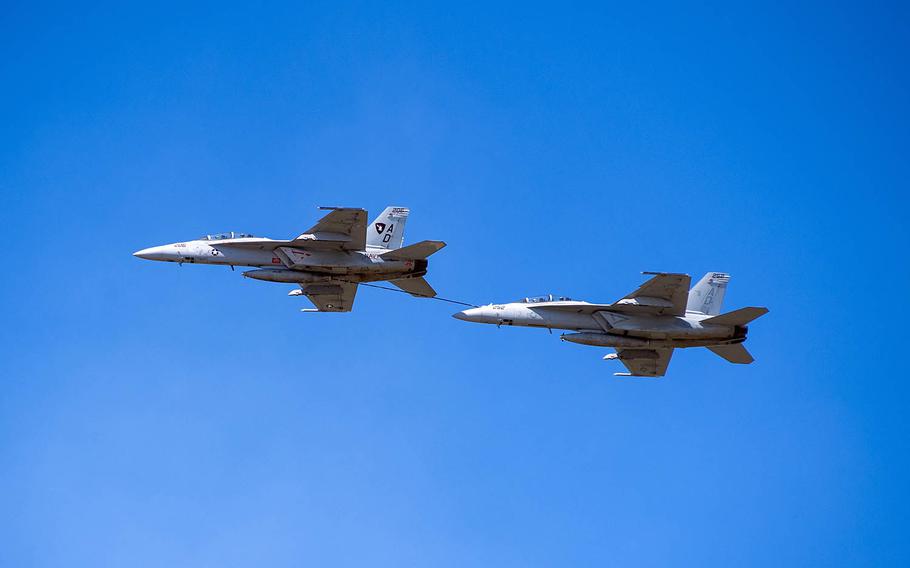 The first incident, at about 5:30 p.m. Sept. 10, involved an NAS Oceana-based Super Hornet from Strike Fighter Squadron 103 that was training near the Virginia Capes, according to the report.

No one was injured in either incident, which are undergoing aviation mishap investigations, according to the report. It is unclear if there are connecting causes of the engine fires.

NAS Oceana is the Navy’s East Coast master jet base for Super Hornets. About 10,500 active-duty sailors are assigned to the base, whose primary mission is to “support shored-based readiness, total-force readiness and maintain operational access of Oceana-based forces,” according to its official Navy website.