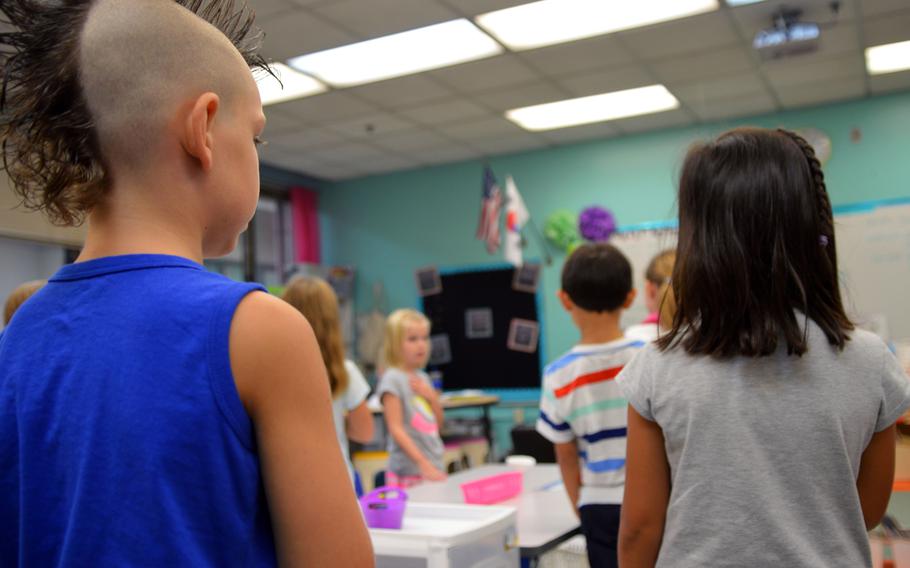 The change will mean more time in the classroom and fewer mix-ups at Seoul American High School over which classes students should be attending on a given day, principal Kathleen Reiss said.

The school now operates on a block schedule, with “A” and “B” class schedules alternating daily.

“It’s constant confusion now,” Reiss said. “There’s not a day that goes by that somebody doesn’t ask me, ‘Is this A day or B day?’ ”

Under the hybrid schedule, Mondays, Tuesdays and Fridays will be seven-period days. Wednesdays and Thursdays will be block-scheduled days, with a built-in seminar period used for assemblies, makeup tests and other instructional purposes.

She estimated that by adopting the seven-period days, each class will add nearly 500 minutes of instructional time per academic year.

Reiss said the decision to move to a hybrid schedule was a compromise, with student leaders telling her they preferred the hybrid schedule. She said she also discussed the matter with parents and teachers.