DOD-wide coronavirus cases surpass 4,500, up 26% over the weekend 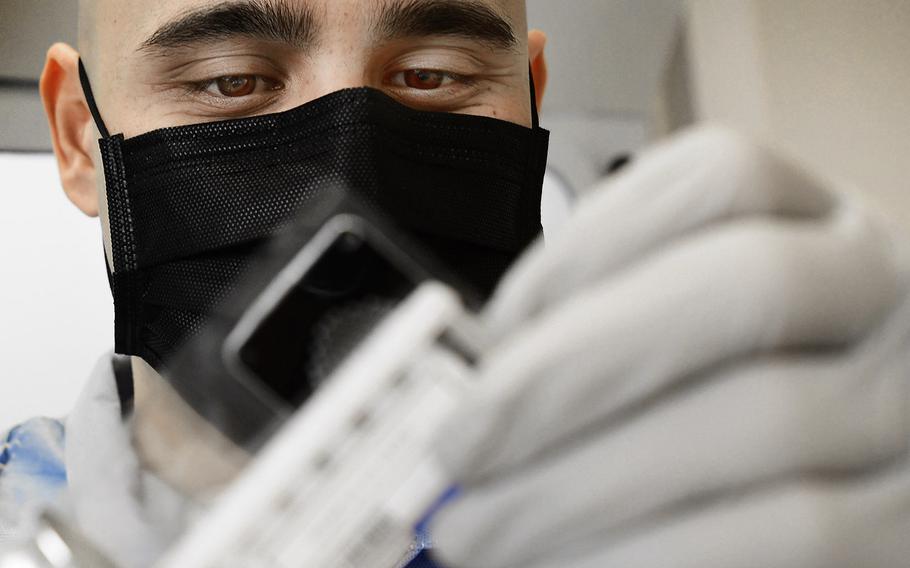 WASHINGTON — More than 4,500 U.S. military-linked individuals had tested positive for the coronavirus by Monday representing a roughly 26% spike in illnesses reported since Friday, according to new Pentagon data, which included the second death of a U.S. service member.

The Defense Department said 4,528 service members, DOD civilian workers, military dependents and defense contractors worldwide had tested positive for the virus, which was responsible for at least 15 deaths among them. The latest death was that of a sailor on Monday who had been battling the disease in an intensive care unit on Guam after contracting the coronavirus aboard the aircraft carrier USS Theodore Roosevelt.

Navy officials on Monday declined to provide identifying information about that sailor, including the service member’s name, age or rank, citing Pentagon policy to withhold such details until 24 hours after family have been notified. The sailor was among 585 aboard the Roosevelt to test positive for the virus, by far the largest known outbreak of the disease among U.S. military troops across the globe. That outbreak, which has sidelined the nuclear-powered carrier on Guam’s coast, accounts for more than half of the Navy’s reported 999 coronavirus cases and nearly 20% of known cases among all American troops, according to the Defense Department report.

The latest data showed cases continued to rise across all of the military’s services. But Pentagon policy to restrict data about cases at individual military installations makes it difficult to determine where other outbreaks might have occurred, other than among the Roosevelt’s crew. DOD’s top leaders have defended that policy as needed to keep such information away from military adversaries, but some officials in the department have said they do not agree with the decision.

After the Navy, the Army — the largest military service — reported the most cases with 523 positive tests among its soldiers. The Air Force reported 288 cases, the Marine Corps reported 203, and the National Guard reported 513 among its Army and Air National Guard members.

Pentagon officials acknowledged discrepancies in their total numbers and statistics reported by the services. A defense official said last week that it was difficult to capture data collected from the DOD’s worldwide enterprise, but the Pentagon was committed to providing statistics every weekday throughout the crisis.

On Friday, about one-third of 146 DOD-affiliated individuals who were hospitalized were in intensive care units, military.com reported, citing Defense Health Agency statistics. By Monday, 166 military-linked individuals were hospitalized, according to the Pentagon. DHA officials did not immediately return a request for the numbers of the people in ICUs.

The ICU cases on Friday included the sailor who died Monday. The 15 deaths is up from six reported one week earlier. In addition to the two service members, it includes six DOD civilian workers, two military dependents and five defense contractors.

The latest data provided by the Defense Department removed from the tally the death of one civilian, after medical professionals determined the person died of other causes not related to the virus, an official said. It’s at least the second time that the department has removed a death from its statistics for that reason.