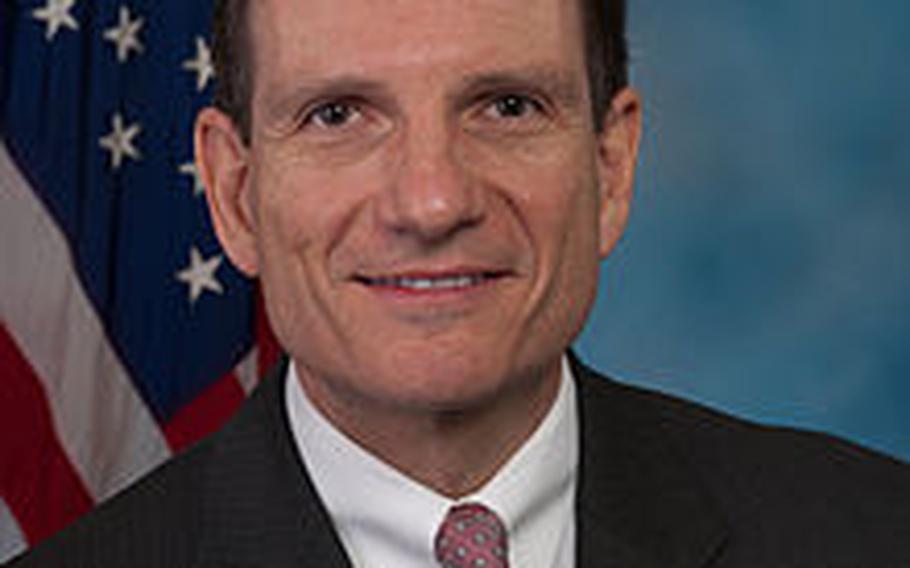 As an Army Reserve physician triaging the care of arriving wounded at the combat support hospital on Al Asad Airbase, Iraq, for half of 2008, Joe Heck said he saw “exactly how well joint operations can work.”

Where the 2nd Marine Expeditionary Force was based, Heck ran the hospital’s emergency support section with two other fulltime Army doctors, as Air Force and Navy physicians rotated in for shorter stints. Nurses and medics took on responsibilities, Heck said, that wouldn’t have been allowed in a civilian setting but were so necessary in war.

Back home “in any intercity level-one trauma center, it’s very easy to pick up the phone, call for reinforcements from other parts of the hospital when you have five or six patients at a time. That wasn’t the case at Al Asad,” Heck said. And yet it was “a blended purple force able to take care of anybody who came through the door.”

Now a third-term Republican congressman from Nevada, Heck vows to take the same “practical, non-parochial” approach in tackling two far different yet still critical priorities for the military while serving as the new chairman of the House armed services’ personnel subcommittee.

One will be to review, perhaps reshape, and then shepherd into law long-awaited recommendations of the Military Compensation and Retirement Reform Commission, which is to deliver its report by Feb. 1. Heck is hopeful reforms can be enacted this year, though most will be aimed at “the 100-meter target” of “the next generation” military.

“I don’t think there’s going to be any quick 25-meter fixes to try to address current budgetary constraints,” Heck cautioned.

Commission proposals on modernizing retirement, for example, will be for future service members although likely to have an “opt-in” period for those now serving if they are drawn to new features such as, perhaps, early vesting in an old age pension after five or 10 years of service.

Heck can’t be sure he will support replacing the rigid 20-year retirement system for the future force until he sees details and projected impacts on retention. But after 13 years of warfare and seeing the toll multiple combat tours have had on individuals, he sees merit in awarding some retirement benefits sooner than warriors can earn them now.

“The fact is we’re breaking these folks a lot faster than we used to,” Heck said. “We can’t think somebody is going to be able to stay in for 20 years now. To me, it’s almost unimaginable because of the op tempo, the stresses we have put them under. So the idea that somebody who serves five or 10 or 15 years is able to get a pension, I think, is critically important.”

The report can’t come soon enough for Heck because of his second priority as chairman to protect current forces and retirees from more “nickel and diming” of pay and benefits caused by the 2011 Budget Control Act and its sequestration ax. The law’s automatic spending cuts of $50 billion a year across Department of Defense accounts are to resume in full again Oct. 1.

Without relief from the law, warns Army Gen. Martin Dempsey, chairman of the Joint Chiefs of Staff, force readiness will drop lower than he has seen at any point in his 40-year career. So Dempsey and service chiefs have been urging Congress at least to slow compensation growth so more of those dollars can be shifted toward training and other readiness accounts.

But Heck, who was promoted to brigadier general in the Army Reserve in 2013, said despite tighter budgets “it is unconscionable to, after the fact, say ‘I’m sorry but we need to balance the budget on your back. So we’re not going to meet the promise we made to you for the sacrifices you and your family have made over your term of service’.”

Heck sees other ways to make the Department of Defense more efficient, including merging Army, Navy and Air Force medical commands into one, and doing likewise with the three military exchange services that separately run their own chains of on-base department stores.

“I’m not one for asking somebody to make a co-pay when we’re still pissing away money in a health care system that is not finely tuned,” Heck said.

Individual services and commands will fight “to protect their turfs” in managing base stores or overseeing health care, Heck said. But if the alternative is breaking faith on compensation, then the tough choices must be made, and he will try to lead colleagues to make them.

Also broken and wasting billions of dollars, he said, is the defense procurement system, which can’t seem to buy weapons without hefty cost overruns and long delays.

The armed services committees especially, he said, must move past the “parochial, with everybody concerned about the base or the depot or the unit in their district” and “think more strategically” to what the nation needs.

As budgets tighten, Heck draws a distinction between “direct” compensation – pay, allowances, retirement and health care -- and “indirect” benefits to include shopping discounts. Last year, during a hearing on administration plans to cut commissary funding by two thirds over three years, Heck didn’t reject more modest cost-saving ideas to include a doubling of the five percent surcharge customers pay at checkout.

Asked about that, Heck said grocery savings are a quality of life issue.

“But if push comes to shove and you’ve got to make a decision somewhere -- as much as I would not want to -- that’s the place where we’re going to need to look. The indirect benefits, not direct pay and benefits.”

Better still would be to end sequestration. Heck doesn’t sound confident it will happen but it should, he said.

“Any budgetary cut mechanism that takes 50 percent of cuts away from DoD, which is only about 25 percent of the [entire federal] budget, is fraught with problems,” Heck said. And more of them are his problems now.