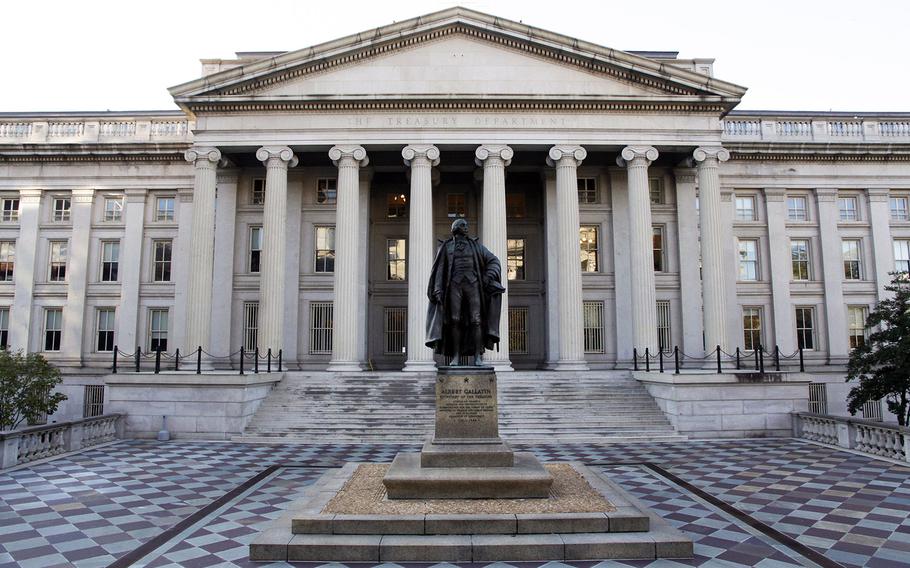 This time, lawmakers have until November to raise the federal debt ceiling, allowing the government to continue paying its bills, or money will begin drying up for active-duty, civilian, contractor and retirement pay, as well as for other federal obligations.

The Treasury Department has said it will run out of borrowing power Nov. 3 unless Congress moves to lift the debt ceiling. With no increase, the federal government will essentially be living paycheck to paycheck, paying obligations as revenue comes in. It will be forced into tough spending decisions including whether to pay about $3 billion toward the military and its retirement system.

“You still have some money coming in but not enough. They would have to prioritize what they would pay,” said Steve Strobridge, director of government relations at the Military Officers Association of America.

In all, Treasury could find itself $68 billion short of what it needs to pay all its bills during November and about 31 percent of its obligations would go unpaid without an increase in the debt ceiling from Congress, according to an analysis by Bipartisan Policy Center, a Washington, D.C. think tank.

When reached Monday, the DOD referred questions to the Treasury Department.

With just two weeks to go, Congress has yet to float a solution.

“If you look at history, they [lawmakers] have never defaulted before. But if you look at the present, we’ve never had this situation before,” Strobridge said.

Uncertainty has deepened in the House as a Republican majority struggles with a leadership crisis after Speaker John Boehner announced he will resign. Boehner was ousted by the fiscal conservatives in his party who support reining in spending – and prefer a more confrontational approach with Democrats.

The Senate also is locked in a fight that has paralyzed the defense budget and other spending. Conservatives led by Sen. Ted Cruz, R-Texas, have vowed to oppose any spending measure that does not cut funds to Planned Parenthood, while Democrats have blocked budget bills because they want caps lifted on domestic spending.

The intransigence will complicate any deal on the debt ceiling.

“You’ve got the potential for a serious train wreck,” Strobridge said.

The White House has called for Congress to come together and lift the limit.

“There’s no reason for us to engage in that kind of irresponsible brinksmanship, and it’s why Republican leaders in Congress need to accept the responsibility that they have to act without drama and delay to raise the debt limit,” White House Press Secretary Josh Earnest said Thursday.

While a default would damage the wider U.S economy, it is also the most recent in a series of fiscal crises in Washington to test the nerves of the military community.

Last month, Congress waited until the last moment to head off a government shutdown by passing a temporary federal budget. Lawmakers had not passed legislation to protect troop pay as it had during a 2013 shutdown. The DOD warned of furloughs, which sent about 350,000 civilians home without pay for a week during the 2013 crisis.

That fight over passing a new federal budget is not over, however. The temporary measure passed by Congress sidestepped the debate and will expire in December, when lawmakers will again be faced with a potential shutdown.

This week, a separate but related battle over a key DOD budget bill that authorizes pay and benefits is also clouding the military’s future. President Barack Obama has said he will veto the National Defense Authorization Act because Congress has not removed caps on domestic spending.