Commander of Tennessee-based naval center is fired after investigation 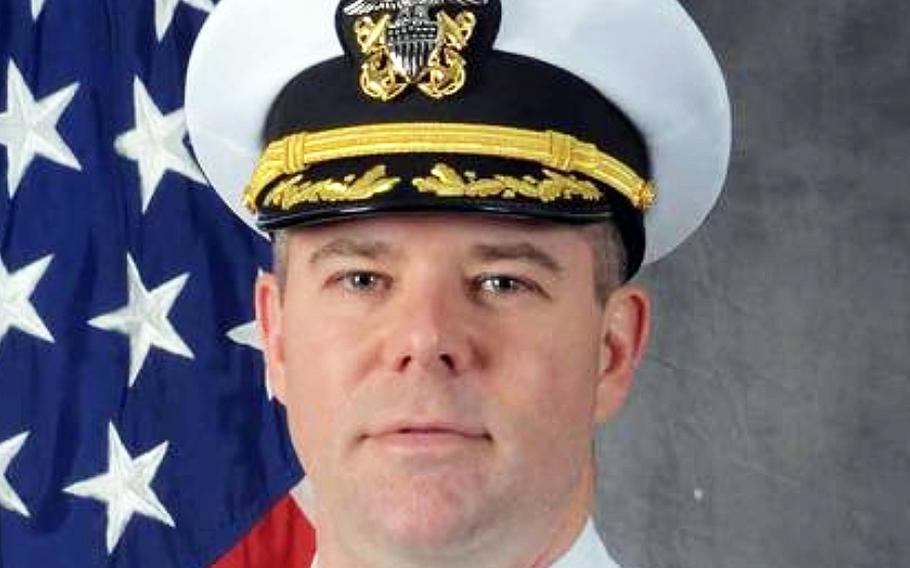 Capt. Scott Moss, the commanding officer of Navy Operational Support Center in Knoxville, Tenn., was relieved “due to a loss of confidence” in his ability to command, according to the Navy. (U.S. Navy)

WASHINGTON — The commander of a Tennessee-based naval center was fired Wednesday after a command investigation into a complaint, the Navy said.

Capt. Scott Moss, the commanding officer of Navy Operational Support Center in Knoxville, was relieved “due to a loss of confidence” in his ability to command, according to a Navy statement Wednesday. He was fired by Capt. Dale Maxey, commander of Navy Region Southeast Reserve Component Command Jacksonville in Florida.

The firing came after a command investigation was conducted following an inspector general complaint, Cmdr. Ben Tisdale, a spokesman for Navy Reserve Force, wrote Thursday in an email. While the investigation is complete, Tisdale stated he could not provide more details about it due to privacy concerns.

Moss had been in command since September, according to Tisdale. The support centers are responsible for the readiness of Reserve sailors and Marines.

He has been temporarily reassigned to the reserve component command in Jacksonville, and Cmdr. Timothy Trimble is assuming his duties until a permanent replacement is found.

Moss graduated from Maryville College with a degree in Biology and then in 1998 joined the Navy to be a pilot, earning his wings in 2000, according to a Sept. 20 story in The Daily Times newspaper in Maryville, Tenn. He also earned a master’s degree in business administration in 2012 from Oklahoma State University in Stillwater, Okla.

His previous assignments include several stints at Fleet Air Reconnaissance squadrons located at Tinker Air Force Base, Okla., the USS Enterprise aircraft carrier, and the Navy Personnel Command in Millington, Tenn., according to his service record.

Moss told The Daily Times newspaper that he plans to retire from the Navy in the fall of 2023.