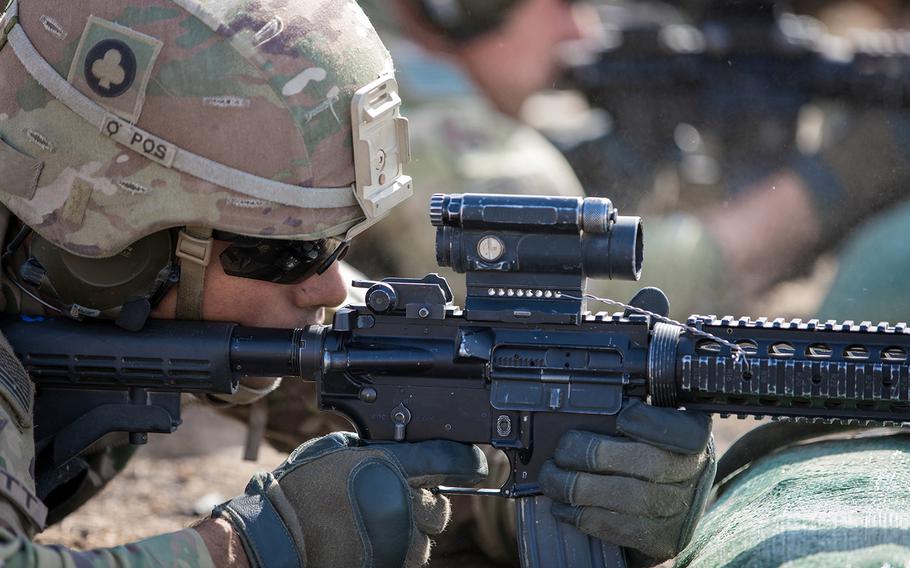 Gunmaker Colt announced Thursday that it was discontinuing retail sales of its AR-15 line of semi-automatic rifles.

The company will continue to manufacture the rifles for the military and law enforcement agencies, Dennis Veilleux, Colt’s president and CEO, said in a statement.

The high-velocity AR-15 has gained notoriety as the weapon carried by gunmen in certain mass shootings in recent years. It was used in the Parkland, Fla., high school shooting last year that left 17 dead.

The weapon made headlines again last week during the Democratic presidential primary debates when candidate Beto O’Rourke said, “We’re going to take your AR-15, your AK-47. We’re not going to allow it to be used against our fellow Americans anymore.”

Colt’s announcement on Thursday was a pushback on criticism that the company was mismanaged and that it was not sufficiently committed to private gun ownership.

The company sought to reassure customers that its commitment to the consumer market remains “unwavering.”

“We want to assure you that Colt is committed to the Second Amendment, highly values its customers and continues to manufacture the world’s finest quality firearms for the consumer market,” the statement said.

But demand by “our warfighters” and law enforcement personnel is high, “and we are fortunate enough to have been awarded significant military and law enforcement contracts,” the statement said. “Currently, these high-volume contracts are absorbing all of Colt’s manufacturing capacity for rifles.”

Colt continues to expand both its network of dealers in the United States and its line of handguns, the statement said.