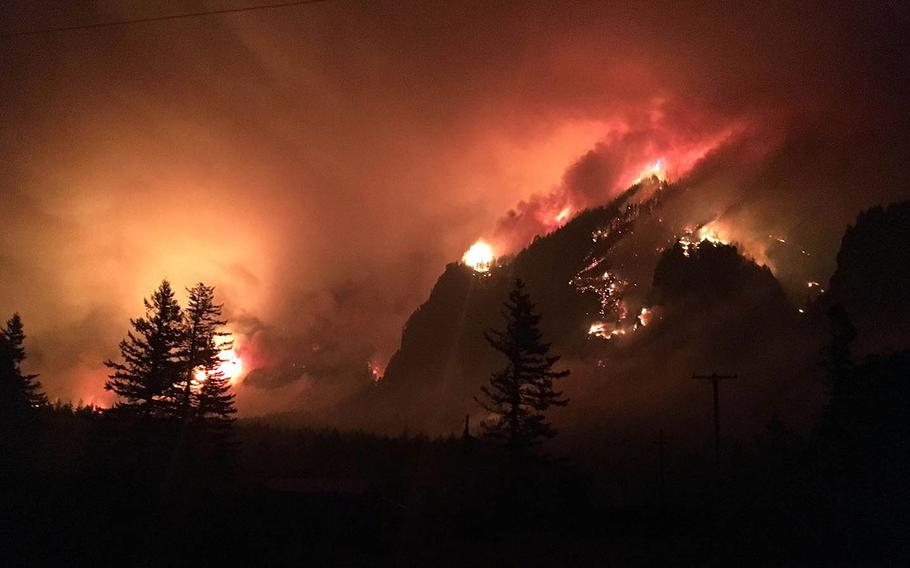 The Coast Guard said Tuesday the closure affecting 20 miles of the river would be in effect overnight to protect personnel and boats from potential hazards created by falling hot ash and firefighting aircraft landing on the water.

The section of the Columbia River was closed after the Captain of the Port deemed it unsafe for vessels to travel the river from Reed Island to the Bonneville Dam.

The blaze that began Saturday also has closed an interstate highway and forced hundreds to leave their homes.

The Coast Guard said some vessel traffic has been impacted and that the need for the closure will be re-evaluated Wednesday morning.