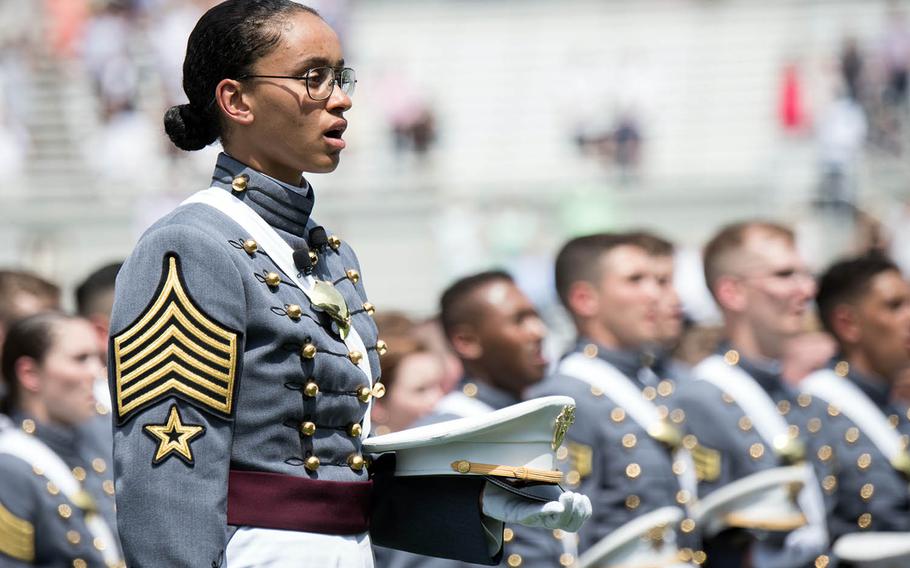 A groundbreaking West Point graduate was recently named among Glamour magazine’s “2018 College Women of the Year.”

Simone Askew, 21, of Fairfax, Va., was the first black woman to lead “The Long Gray Line,” serving as first captain of the U.S. Military Academy’s Corps of Cadets, the highest rank of student leadership.

Askew — who was awarded the rank of second lieutenant at her May 26 graduation — was responsible for the overall performance of the academy’s nearly 4,400 cadets. She was also charged with implementing a class agenda and serving as a liaison between the student body and the administration.

Last November, the international history major was one of 32 Americans honored with a Rhodes scholarship. She hopes to enter the field of military intelligence.

Askew spoke about how she felt to be selected for the role in an interview with Glamour.

“People ask me, ‘What’s it like to be the first black woman in your position?’ And I’m like, ‘The same way it felt to be a black woman for the past 21 years.’ I’m sensitive to how I perceive others, because I’ve been frustrated with the limitations of how people perceive me,” she told the magazine.

Askew also revealed she had been sexually assaulted during cadet basic training.

“The most important thing for us is not to define West Point as a boys’ club. The boys aren’t in charge here. I’m in charge,” she said. “For me, it’s about, how can we be good to one another? I’m focused on incorporating into our curriculum what right looks like, instead of just avoiding what wrong looks like.”

Other students honored by Glamour this year include Amanda Gorman, the first youth poet laureate of the United States; Ann Makosinski, who invented a flashlight that runs on body heat and won Google’s Science Fair; Maria Rose Belding, who created a system to alert food banks when free food is available near them; Claire Wineland, a cystic fibrosis sufferer who created a foundation to help others deal with the disease; and Karen Caudillo, a member of the Deferred Action for Childhood Arrivals, or DACA, program who’s fighting for a path to citizenship for undocumented immigrants.