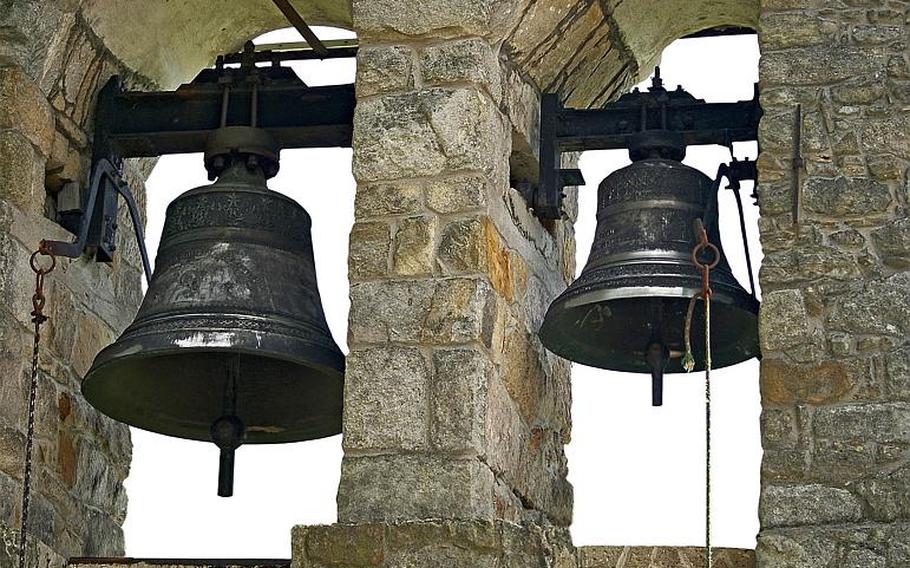 The U.S. World War One Centennial Commission is inviting people to ring bells at 11 a.m. Sunday, Nov. 11, 2018, to mark a century since the end of World War I. (Courtesy of Pixabay)

People can observe the centenary of the conflict’s end by joining Bells of Peace — a Veterans Day event also happening at churches, universities, cemeteries, ships at sea and war memorials worldwide.

Bells will toll 21 times at 11 a.m. Sunday in all time zones — exactly 100 years since the armistice that ended the Great War — to honor the 4.7 million Americans who served and 116,516 who died in the conflict, according to the event’s sponsor, the U.S. World War One Centennial Commission.

“Two million of those men and women deployed overseas to the fight,” said Chris Isleib, a spokesman for the commission.

The goal is to enlist “the whole nation in the commemoration of the service of our WWI veterans,” said Betsy Anderson, who is coordinating Bells of Peace on behalf of the commission.

Secretary of the Navy Richard Spencer has ordered bells tolled on warships and installations, and military leaders from other branches have similar plans.

The Navy hopes the commemoration gives sailors “a sense of pride in their heritage and an understanding of the importance of the shipmates who have gone before them,” Alex Hays, a Naval History and Heritage Command spokesman told Stars and Stripes in an email.

As the bells ring, individuals may salute and observe a moment of silence. Groups that don’t have bells can render salutes by other appropriate and available means, such as canons or sirens, according to the commission’s website.

People can install a Bells of Peace smartphone app, available from Google and Apple, that includes a countdown and chimes that will ring at 11 a.m. based on the device’s location settings and an option to share photographs with other users.

“Bells of Peace is for everyone,” Anderson said. “We have over 10,000 Americans registered to toll the bells.”

For more detailed information about the event. visit the U.S. WWI Centennial Commission website at worldwar1centennial.org.