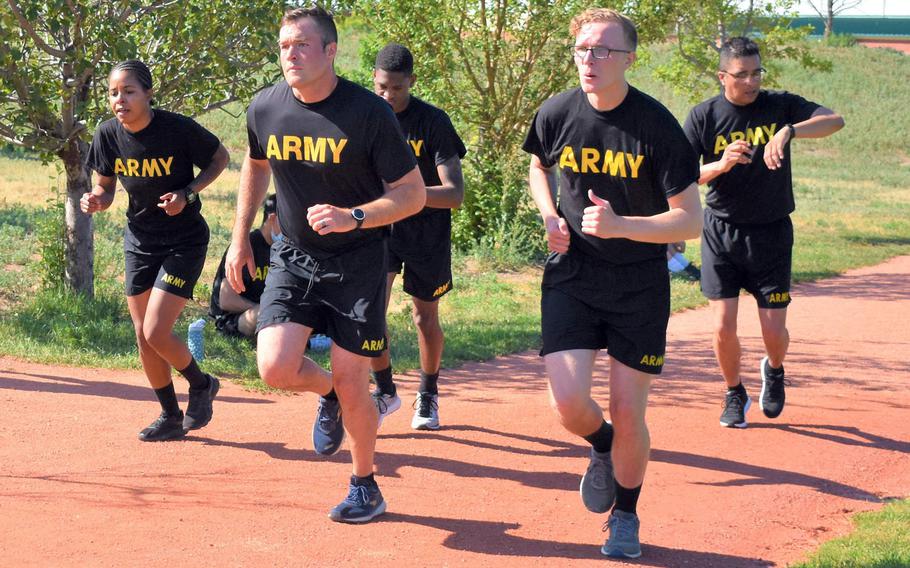 It’s now OK to wear spandex while running errands on base, apparently.

Athletic apparel must be “clean, serviceable and in good condition, and appropriately modest,” said the memo, which was signed by Esper and addressed to senior Pentagon leadership.

Service secretaries may make exceptions to the policy for service members “based on mission requirements and the need to maintain good order and discipline,” Esper said.

The memo, shared on social media sites Tuesday and first reported by Military.com, seemed to take many by surprise — mostly because they didn’t know that yoga pants with T-shirts weren’t allowed while shopping on base.

“Probably one of the least enforced rules ever. Been doing it for years and didn’t even know it was against the rules,” said a post on Air Force Reddit.

“I bet some (senior noncommissioned officers) are crying right now. I never even knew this was a thing,” said another post, referring to some NCOs’ penchant for enforcing appearance regulations.

Installation commanders have long had leeway to set the dress code for their base, which may include shopping facilities.

At Ramstein Air Base in Germany, there are no restrictions on wearing athletic clothing to the commissary and exchange, a base spokeswoman said Wednesday.

But some bases in warmer climates have been more strict.

At U.S. Army Garrison Hawaii, a dress code poster on the base’s official website says, “athletic clothing and swimwear are only allowed in recreation areas.”

Civilians at Marine Corps bases in Hawaii, meanwhile, may wear appropriate athletic gear inside base facilities, as long as it is nonmilitary-issued physical training gear and isn’t provocative in nature or marked with obscene or derogatory slogans, pictures or words, according to a 2018 command policy.

Civilians also are not allowed to go shopping on base immediately upon completion of a workout, the 2018 policy said.

An order dating to 2010 at Camp Pendleton in California authorizes spandex only while conducting physical training “provided that the fit of such attire is not indecent or in poor taste.”

Esper in the memo did not explain what prompted the policy change.

“Thank you for your continued efforts to ensure we maintain a safe and healthy environment on our installations,” Esper said.