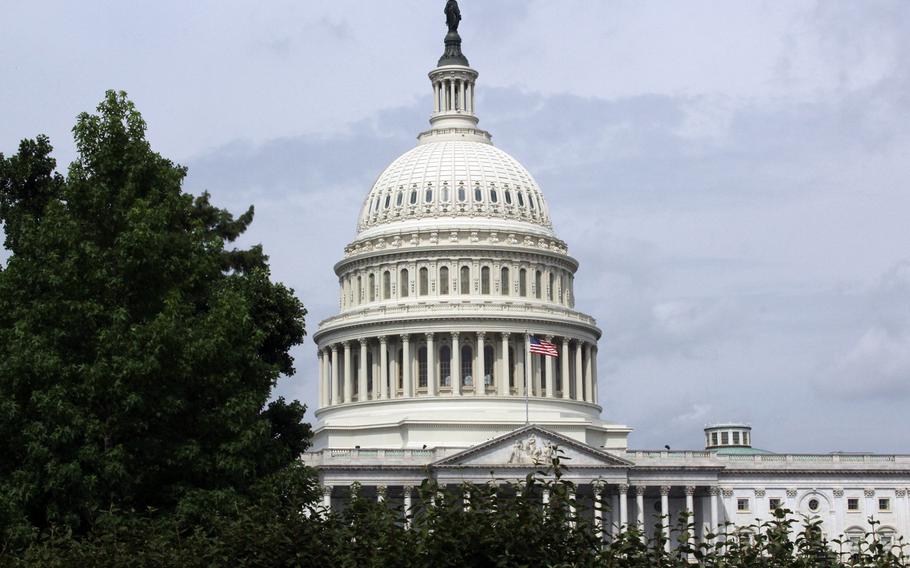 WASHINGTON — Congressional leaders continued sniping at each other Monday morning as the federal government’s partial shutdown approached the one-week mark.

The political stalemate that started Oct. 1 showed no signs of letting up, with leaders and aides actually sharpening instead of softening their rhetoric.

“From refusing to let the House vote on a bill that was his idea in the first place, to decrying health-care subsidies for members of Congress and staff that he worked for months to preserve, to stating that the House doesn’t have the votes to pass a clean CR at current spending levels, there is now a consistent pattern of Speaker Boehner saying things that fly in the face of the facts or stand at odds with his past actions, said a statement by Reid spokesman Adam Jentleson. “Americans across the country are suffering because Speaker Boehner refuses to come to grips with reality.”

For his part, Boehner kept up his end of the fiery rhetoric, blasting President Barack Obama and congressional Democrats for refusing to negotiate over the debt ceiling, which Treasury officials say could be reached in the next 10 days.

In a combative interview on Sunday with ABC’s “This Week” host George Stephanopoulos, Boehner said Democrats deserve the blame for the shutdown, not Republicans.

“The House has passed four bills to keep the government open and to provide fairness to the American people under Obamacare,” Boehner said. “And even after the Senate has rejected — they’ve rejected all four of them. And even after the four rejections, we asked to sit down with the Senate and have a conversation. They said, ‘no.’ ”

Obama and congressional Democrats have refused to negotiate with the GOP over any defunding or dismantling of the Affordable Care Act, also known as Obamacare. The president has also resisted efforts by Republicans to link spending cuts to any increase in the debt ceiling.

Still, some legislating continued early Monday. Both the House and Senate were planning to be in session Monday and Tuesday, with the Senate even voting on a pair of judicial nominations late Monday afternoon.

The shutdown’s effect on the military has been somewhat mitigated by two developments.

Second, Defense Secretary Chuck Hagel on Saturday reversed his decision to furlough about 350,000 DOD servicemen and civilian employees. Using the new law, the Pay Our Military Act, Hagel said in a statement that many of those workers will be recalled to work.

The new law authorized pay for military members as well as civilians who had been classified as “excepted” and ordered to stay on the job.

“I expect us to be able to significantly reduce — but not eliminate — civilian furloughs under this process,” Hagel said. “Employees can expect to hear more information from their managers starting this weekend.”