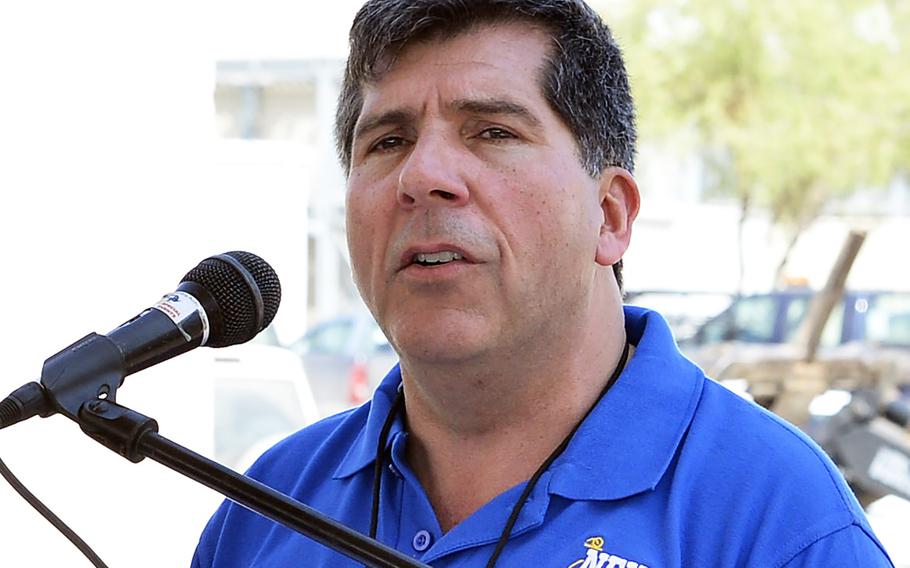 Defense Department officials have preached three goals for the Defense Commissary Agency (DeCA) over the last several years of cost-cutting reforms: preserve shopper savings, reduce taxpayer support, and reverse an alarming slide in sales that have fallen 25 percent since peaking at more than $6 billion in 2012.

In what might be seen as a stunning disregard for number three, to reverse the exodus of patrons, the Trump administration’s fiscal 2020 defense budget asks Congress to slash funding for commissaries by $271 million or 21 percent.

If lawmakers agree, appropriated dollars on which stores still depend would fall to $995 million next year, a 30 percent cut overall over three years to a benefit still prized as a key element of military compensation — grocery discounts.

How can commissaries absorb a 21 percent funding cut in a single year? What impact will it have on store staffing, on operating hours and on the multiple initiatives underway to try to reverse plummeting sales on stateside bases?

Defense officials hadn’t decided how to answer those questions by our deadline so they went unanswered, leaving us to do some informed speculation. (Editor’s note: DOD did respond later; see the response at the end of the column.)

One guess is that Pentagon overseers of the benefit hope the funding cut will persuade Congress to rescue commissaries by accepting their plan to merge that taxpayer-funded system with the military’s three profit-generating exchange services, creating a single more business-like resale enterprise. The contention must be that consolidation of headquarters and back store operations will, over time, produce efficiencies and cost savings to make up for what might be seen now as a reckless choke off of traditional funding.

The other personnel-related highlights of the budget call for raising military pay next January by 3.1 percent to keep pace with private-sector wages and to cut 15,000 uniformed medical billets to free up slots for more “lethal” specialties.

Last week, just days before the Trump administration unveiled its 2020 defense budget request, the retail executive who has led efforts to modernize commissaries since November 2017 agreed to discuss ongoing reforms.

Retired Navy Rear Adm. Robert J. Bianchi is chief executive of the Navy Exchange Service Command (NEXCOM). But for the last 17 months he also has run commissaries, first as interim director and more recently as special assistant for commissary operations to the acting assistant secretary of defense for manpower and Reserve Affairs. Under this administration, many top civilians in DOD serve in an “acting” status, including as the defense secretary and his deputy.

Bianchi discussed the steady sales slide and why ending it has been tough, despite many new initiatives to do so. He also reviewed progress in implementing congressionally backed reforms such as introducing new DeCA-brand products, variably pricing some grocery items by region, and conducting more business-like negotiations with manufacturers over prices and competing for shelf space.

In the first five months of fiscal 2019, compared to the same period a year ago, commissary sales fell 4.3 percent. The drop was near 5.5 percent at stateside stores where competition for shoppers is fiercer than at bases overseas.

In a year-ago interview, Bianchi said four straight years of falling sales was alarming. It continues but, for various reasons, he said now he is less alarmed.

“It’s all about perspective,” he said.

What he faced in late 2017 were falling sales like a “runaway train,” losing 6 percent in the year before he hopped aboard. The train is still headed downhill, he said, but he sees signs of it leveling out.

“I do believe we’ve arrested the precipitous decline,” he said. “I would offer to you the fact we ended 2018 at a 4 percent reduction,” comforted that “it wasn’t 8 percent or some other number, right? I feel like we sort of bottomed out a little bit … changed the slope. And now we’re got to start climbing back uphill, which obviously is literally hard for a train [and for] gaining sales back.”

One positive sign he found in January, compared to the same month in 2018, was a decline in store transactions of only 0.9 percent. That decline might have been narrowed more, or arrested entirely, except for unexpected “headwinds” the last several months from distributors in the DeCA’s supply chain.

“I’ve had situations with some distributors where we have 50 percent fill rates coming out of their warehouses” for products that shoppers expected to find on commissary shelves and didn’t.

“My intent here is not to throw industry under the table because they’re aware of this. I’ve had direct discussions with the CEO of SpartanNash and others,” Bianchi said, referring to one major distributor. For more than a month, Bianchi said, the distribution center serving commissaries across southeastern states had delivered only “50, 60, 70 percent fill rates” to base stores.

The timing couldn’t have been worse. Bianchi has been pressuring store managers and vendor-paid stockers to ensure shelves are full. He even tested an alternative to vendor-paid stockers at Naval Amphibious Base Little Creek, Va., using teams of exchange employees. That has been successful and Bianchi will expand the test to three commissaries in San Diego. But distribution problems remain.

“I am struggling,” Bianchi conceded. “My overall average right now for distribution is running in 85-89 percent fill rate. You do the math and say, ‘Gee, that equates to maybe $50 million in [missed] sales.’ ”

Bianchi reviewed numerous initiatives to lure shoppers back. One begun last June puts “YES” labels for “Your Everyday Savings” on 800 popular products priced aggressively against outside competitors. It’s been “extremely successful,” he said.

“I’m not getting comments anymore that ‘Your bananas are more expensive than at Kroger’s’ or wherever. So, while I’m trying to turn around the consumers’ mindset, it hurts me when I don’t have stuff on shelves that I can sell.”

Bianchi also has urged a focus on customer service. He introduced new convenience features like bagger-less checkout stations, pre-packaged meals for busy families and is testing online ordering with curbside pick-up. He also led the effort, approved last year, to allow commissary employees to shop on base too.

Falling sales have consequences, however. DeCA is cutting staff this year by an equivalent of 1,000 full-time employees, or 7 percent of 14,000 workers.

It’s a “pretty big reduction,” he said. “But I looked at our workforce versus sales and we’re out of whack.”

In 2017, commissaries stopped selling products at cost plus a 5 percent surcharge as it had for decades. Defense leaders no longer felt it necessary to spend $1.4 billion annually to protect grocery discounts. Congress cut the subsidy to $1.27 billion this year. It would drop below $1 billion next year.

Variable pricing and the introduction of DeCA brands were new authorities Bianchi was tasked to deploy to try for the first time to generate profits from commissary sales and to use them to replace cuts to the annual appropriation.

Prices on up to 10,000 commissary products now vary by region. But Bianchi conceded that generating profits from variable pricing remains a “bit of a challenge” when overall savings to patrons by law must be maintained at 23.7 percent.

“I think people have accepted it because we know they are buying [store brands] in other retail locations. So, I can offer it to them at a value that maybe it will keep them from going to a Walmart or somewhere else,” Bianchi said.

Here’s something Bianchi didn’t say but now seems obvious: As he continues to pull every lever he can dream up to reverse falling sales, the primary goal at the Pentagon continues to be to reduce funding for commissaries, whatever the risk.

DOD responseA response from the Defense Department regarding the proposed cut to the Defense Commissary Agency budget:

"DeCA has been preparing for these budget cuts since they were announced in 2013. We have been moving our business mindset from a cost center mentality where under execution is a bad thing, to a more profit and loss mindset where underexecution can help funding in the next year. Changes to our business model, specifically, revenue generation, will play an important role in filling the gap to ensure we maintain current levels of service and the mandated levels of patron savings.

"The reduction of 1000 FTEs [full-time equivalent employees] this year, resulting from efficiencies gained, helps position us to absorb a portion of the cut. We will continue to right size our organization, to include the reduction of an additional 500 FTE in 2020, always ensuring that our stores will have the right number of people to deliver the expected level of service. The FY20 budget reduction will not result in any degradation of store operating hours or service levels, and we will continue to maintain the Congressionally mandated market basket savings rate."