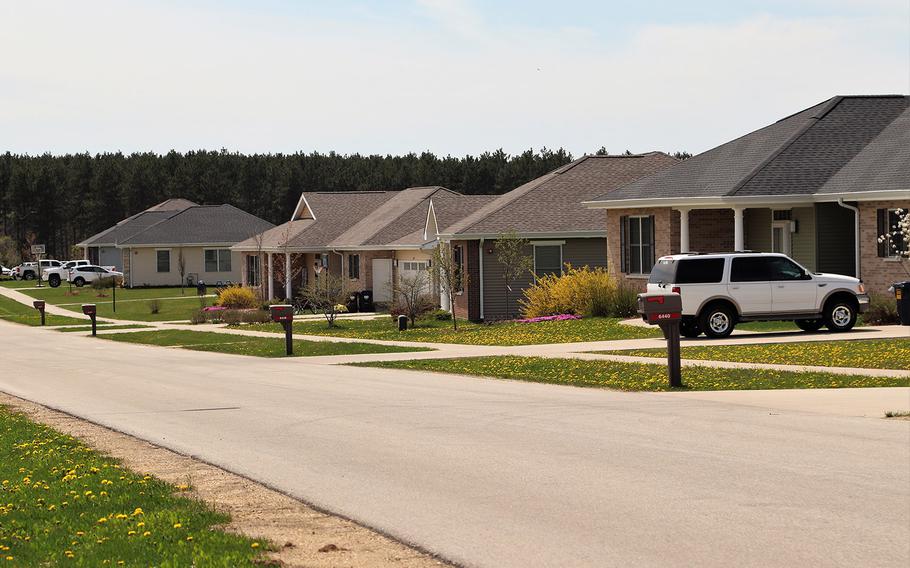 AUSTIN, Texas – The Army is now testing a pilot program that requires companies that manage housing on its bases to provide a seven-year maintenance history of a residence before renting it to a military family.

Army Secretary Ryan McCarthy mentioned the pilot program in October as he explained the ongoing work on the newly established tenant bill of rights mandated by Congress and implemented by the Defense Department. McCarthy said the Army is still working on the final four rights of the 18 in the bill, which are the right to withhold rent until disputes are resolved, a clearly defined dispute resolution process, seven years of work history records and a standard lease.

Lt. Col. Driece Harris, McCarthy’s spokeswoman, confirmed the pilot program is ongoing at Army, Air Force and Navy bases, though she did not say which ones

“The pilot programs at these installations are still in the first few weeks of implementation,” she said. “We will work with [private housing] companies to review the results of the pilot and make adjustments as needed to meet the needs of soldiers and their families."

The demand for a maintenance history and the other rights mandated in the tenant bill of rights stemmed from two years of news reporting that exposed the dangerous conditions that some military families face in base housing, such as exposure to lead paint, mold and asbestos, pest and insect infestations, and poor maintenance that exacerbates the issues.

Congress intervened and included several reforms in the 2020 National Defense Authorization Act, including a tenant bill of rights, which guarantees base housing residents 18 specific rights related to the quality of housing, how to handle disputes with the landlord, a better understanding of leases and the maintenance history of a residence.

Congress required the rights be signed into effect by May 1. One month after its deadline, Defense Department officials signed a letter that included only 14 of those rights. While McCarthy said the common lease is complete, he did not mention any progress made on the other two missing rights.

“This information has been accessible to both the partners in the project, the Army and the private housing company. This seems to be another way for information to be scrubbed from the tenant’s view,” she said. “The original information should be made available, as it was reported, without doctoring by any party.”

Christian said she advocated for a family who received a maintenance history through the pilot program. The first document did not provide any details about the work conducted on the home. Only when more information was requested did the document reveal the home’s history of water damage, which can lead to mold growth.

There were two main problems in implementing the right to a maintenance history: doing so is not standard practice in the rental industry and the concern of providing a large, confusing stack of papers to young service members who are likely first-time renters, said a Defense Department official who spoke on the condition of anonymity.

Providing the history could drive people off base, putting the companies renting on-base housing at a competitive disadvantage, the official said. Meanwhile, Congress did not specify exactly what should be included in the history, so there was internal debate about what exactly to provide. Officials feared providing every single light bulb change or toilet repair could overwhelm renters, so they had to determine what information to include in the history reports.

“How can we follow the letter of the law, but do so in a manner that is user friendly,” the official said.

An additional complication of the right to a maintenance history might be that the Government Accountability Office found all of the companies that manage base housing have kept records so poorly that the information does not provide a clear understanding of the condition of the military’s housing inventory.

Problems included duplicate work orders, work orders with completion dates prior to when the resident submitted the request and similar hazards described with different designations by each company, according to the report, which was released in December in conjunction with a congressional hearing on the subject.

McCarthy’s office did not provide a timeline of when the pilot program should be completed or expanded to additional bases.