Army specialist is found dead in arms room at Alaska base 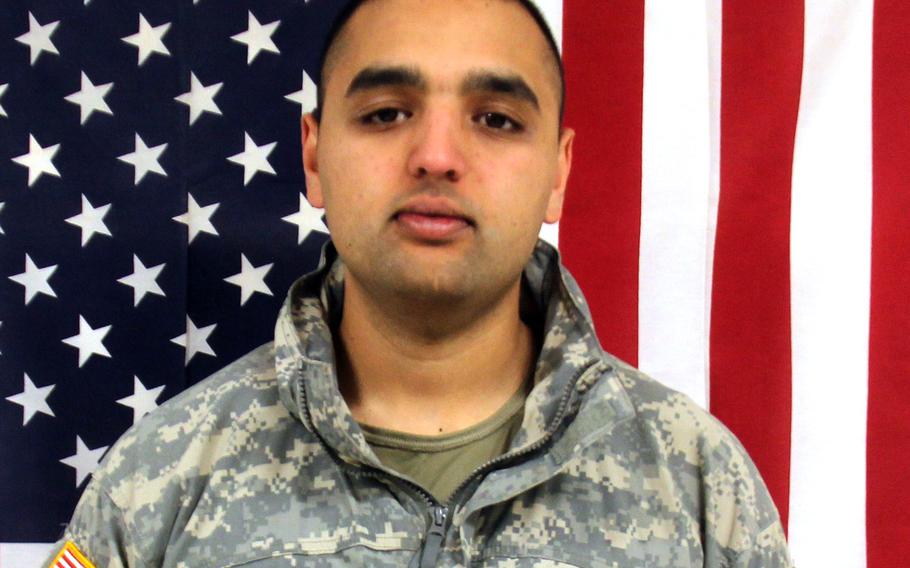 A 24-year-old soldier was found dead in the company arms room Friday at Fort Wainwright, Alaska, the Army said Monday.

Military personnel discovered the body of Spc. Ashvin James Slaughter, who had been assigned to Fort Wainwright in January 2017, the Army said in a statement.

U.S. Army Criminal Investigation Command does not at this point suspect foul play, although investigators have not completely ruled it out as the investigation into the death continues, the Army said.

The Army did not provide further information about the investigation.

Slaughter was an infantryman with the 1st Stryker Brigade Combat Team, 25th Infantry Division at Wainwright. He joined the Army from Bellaire, Texas, in September 2016, the Army said.

“We are devastated by the loss of Spc. Ashvin Slaughter,” Lt. Col. Jimmy Howell, commander of the 3rd Battalion, 21st Infantry Regiment, said in the statement. “Spc. Slaughter has proudly served with distinction as a rifleman, automatic rifleman, and Stryker driver in A Co, 3-21 IN.”

The infantryman was “bright, funny, endearing to all who knew him,” Howell said. “He was loved and valued by his military family here in Alaska. We express our deepest condolences to his family back home in Houston."