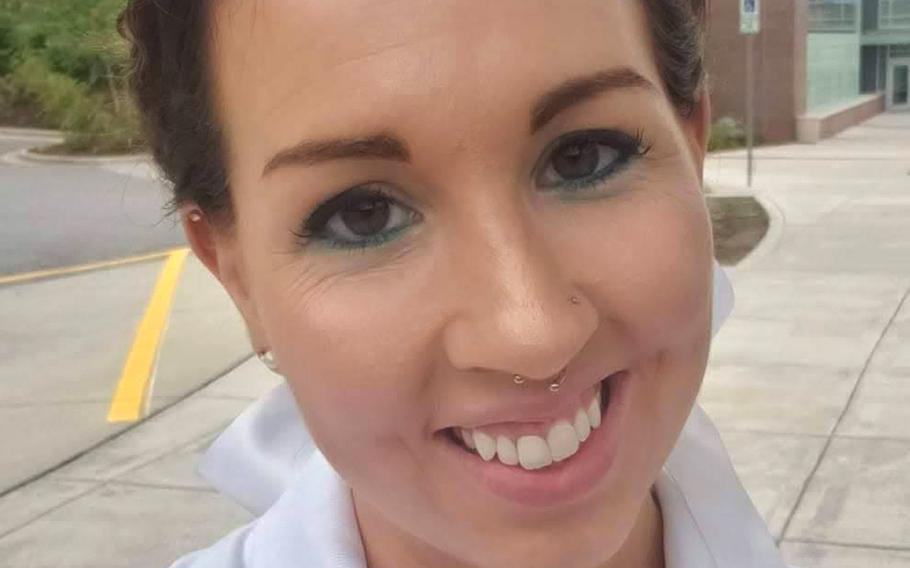 Sarah Lewis, 34 and pregnant, died at a Fayetteville, N.C., hospital from multiple gunshot wounds after being found at home with Staff Sgt. Keith Lewis, 31, who died of a self-inflicted gunshot wound Dec. 20, 2020, police and Army reports said. Keith Lewis was a special operations medic based at Fort Bragg, N.C. (Facebook )

An Army special operations combat medic killed himself over the weekend after an altercation that left his pregnant wife dead, officials said Tuesday.

Staff Sgt. Keith Lewis, 31, died Sunday from a self-inflicted gunshot wound at the family’s home in Fayetteville, N.C., the 1st Special Forces Command (Airborne) said in a statement. It did not say how his wife, Sarah Lewis, had died, but said she was killed in the same incident.

“We are profoundly saddened at the tragic passing of Staff Sgt. and Mrs. Lewis,” said Lt. Col. Mark Finnegan, commander of the 98th Civil Affairs Battalion, where Lewis was assigned. “Our soldiers and families are the bedrock of our unit and any loss deeply affects our formations.”

Sarah Lewis, 34, had been taken to the hospital, suffering from multiple gunshot wounds, after police responded to reports of the shooting just after 7 p.m. Sunday, the Fayetteville Observer reported, citing a police statement. A 3-year-old daughter who was home at the time was not injured.

The young daughter was in the care of family members, the command said Tuesday.

Sarah Lewis, who served in the Air Force until the birth of her first child, had two older daughters with another man, a relative told Stars and Stripes via email on Wednesday. The two girls were living with their father and were not present during the shooting, said the person, who spoke on condition of anonymity to protect the family's privacy.

Sarah Lewis was due to have her fourth child on Christmas, family members told Raleigh’s WRAL. She planned to name the baby girl Isabella, the news station reported.

“It’s a complete shock,” Tammy De Mirza, the woman’s aunt, told the station. “She had a smile that would light up the room. I can’t explain it.”

Keith Lewis had post-traumatic stress disorder and had previously threatened suicide in a similar situation a few years ago, De Mirza said. She believes he shot his wife before turning the weapon on himself, the station reported.

“From what I understand, he drank, and when he drank he lost it,” she said.

A native of Sarasota, Fla., Keith Lewis joined the Army in 2007 and completed initial training at Fort Benning, Ga., before completing Airborne School. He deployed once from 2009 to 2010 with the 4th Brigade, 25th Infantry Division (Airborne) as part of the war in Afghanistan, the command said.

In 2012, he volunteered to reclassify as a special operations combat medic.

Police officers responded to a domestic dispute between him and his wife in 2016, Sgt. Jeremy Glass told the Fayetteville Observer, but no charges were filed in that case.

“He was obviously very troubled,” De Mirza told WRAL. “There is nothing in my heart but forgiveness.”

The Fayetteville Police Department is continuing to investigate the incident with assistance from the Army’s Criminal Investigation Command, Maj. Dan Lessard, a spokesman for the 1st Special Forces Command, said via email.