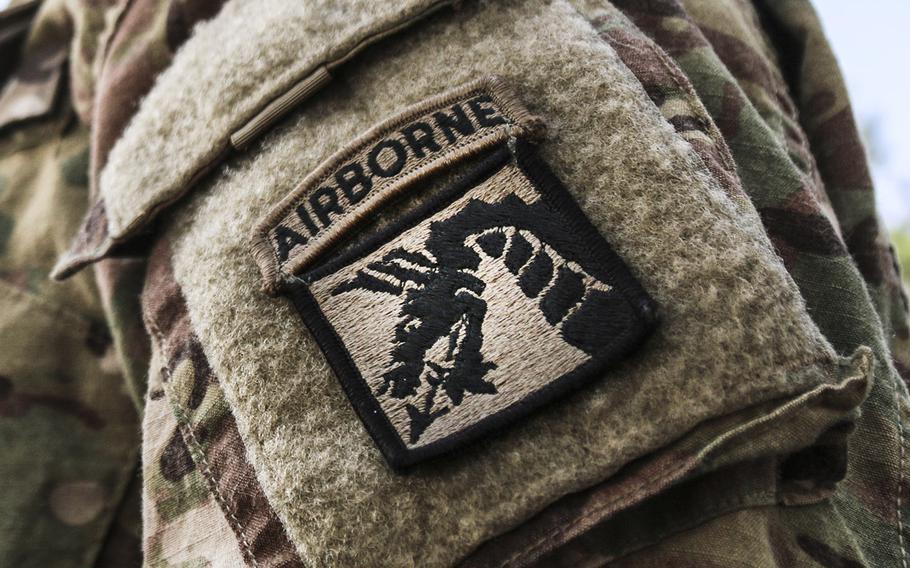 WASHINGTON — The Army’s 18th Airborne Corps wants soldiers to pitch ideas for improving the service's sexual assault and harassment prevention program that they believe would better address the long-standing problem within its ranks, the corps announced Monday.

At least two soldiers will get the opportunity to personally pitch their ideas Feb. 22 to corps leadership and experts at Fort Bragg, N.C., as part of the corps’ Dragon’s Lair program, an Army innovation-focused competition based on the popular television series “Shark Tank,” according to the corps. Soldiers have until midnight Feb. 16 to submit their ideas.

The winning pitch could be implemented across the 18th Airborne Corps, which includes 92,000 soldiers at 14 Army posts, the announcement said.

The corps launched the Dragon’s Lair program in October in an effort encourage soldiers to find new ideas to address inefficiencies across the Army. Winning ideas to date have included a smart phone application that streamlines the often-bureaucratic processes of booking and managing weapons ranges and a time-saving forklift trailer attachment with multiple uses.

Both of those ideas are expected to be used in the future by corps’ soldiers, officials have said.

The Defense Department has long been searching for new solutions to overcome its decades-old problem with sexual harassment and assault in the ranks. Lawmakers have long blasted the military for failing to do enough to stamp out the problem. Calls for action from Capitol Hill have intensified in recent months following accusations of sexual assault and harassment issues at Fort Hood, Texas.

The Fort Hood Independent Review Committee, launched in the wake of Army Spc. Vanessa Guillen’s April 2020 killing at the Texas installation, found a command climate and culture that was permissive of sexual assault and harassment as a result of poor leadership. The committee found soldiers at Fort Hood, which is led by the 18th Airborne Corps’ sister unit, III Corps, lacked confidence in the installation’s prevention program and feared retaliation for reporting sexual assault and harassment. Fourteen leaders at Fort Hood were fired or suspended as a result of that probe.

The findings reverberated throughout the Army as top leaders encouraged all soldiers to read the committee’s entire 136-page report.

Since the report’s release in November, Army leaders have said they suspected Fort Hood was not the only service installation with culture and command problems leading to high levels of sexual harassment and assault, particularly cases that go unreported.

Austin, at the direction of President Joe Biden, intends to build a 90-day commission in the coming months to study the issue across the Defense Department.

Kirby said Monday that the commission would look at, among other things, command cultures at bases throughout the military.

“Certainly, [Austin] believes that leadership — and he has talked about sexual assault being a leadership issue — is certainly a key part of command climate,” Kirby said. “I would fully expect that the commission would consider that in their work going forward.”

Soldiers in the 18th Airborne Corps who want to submit their ideas can do so through the corps’ Dragon Innovation Program website, https://innovatedefense.net/xviii-airborne. A panel from the corps will select at least two finalists to pitch their ideas at the February Dragon’s Lair competition.