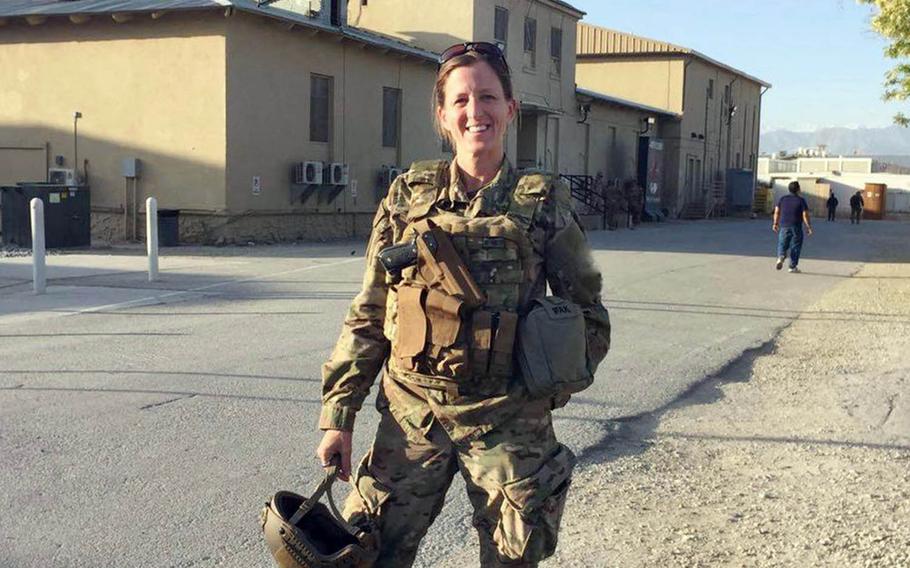 Army Lt. Col. Tara Carr — shown here at Bagram Airfield, Afghanistan in May, 2017 — is one of 25 finalists in the Ms. Veteran America competition. The winner will be crowned Oct. 8 in Los Angeles. (Courtesy of Tara Carr)

Army Lt. Col. Tara Carr — shown here at Bagram Airfield, Afghanistan in May, 2017 — is one of 25 finalists in the Ms. Veteran America competition. The winner will be crowned Oct. 8 in Los Angeles. (Courtesy of Tara Carr) 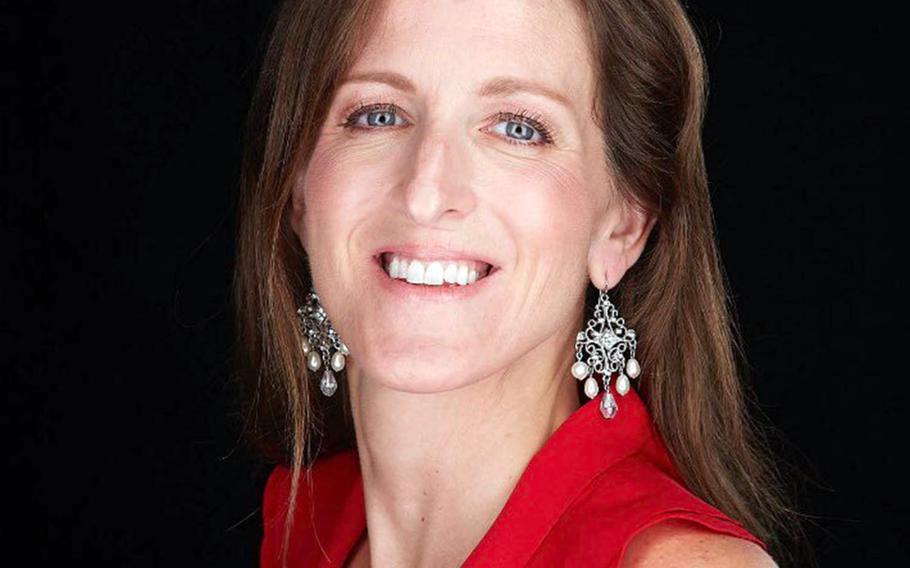 Army Lt. Col. Tara Carr is one of 25 finalists in the Ms. Veteran America competition. The winner will be crowned Oct. 8 in Los Angeles. (Courtesy of Tara Carr)

FORT SHAFTER, Hawaii — Army Lt. Col. Tara Carr has every intention of claiming the title of Ms. Veteran America as she competes against 24 other finalists next month in Los Angeles.

But the 39-year-old has shown ample grace in being a runner-up.

As a contestant on the 29th season of CBS’s “Amazing Race,” she and her partner competed for the first prize of $1 million by completing challenges during a few fast-paced weeks in Panama, Tanzania, Norway, Italy, Greece, South Korea and Vietnam in the summer of 2016.

“We fell short of a million dollars by a few minutes,” Carr said of the second-place finish.

It was “a hard pill to swallow,” she said. But as the show began airing in the spring of 2017 and she’d deployed to Afghanistan, Carr soon set her sights on the next challenge: the Ms. Veteran America crown.

“People were following my journey, and a retired Army veteran over there mentioned that there was a Ms. Veteran America competition, so I started researching it,” she said.

The competition is among a handful of events run by Final Salute, an organization founded in 2010 by Army veteran Jaspen Boothe and devoted primarily to assisting homeless female veterans.

The intent of the competition, according to Final Salute’s website, is to highlight “the strength, courage and sacrifice of our nation’s military women” and to encourage those women to “uplift each other and find their tribe.”

Ms. Veteran America is not a beauty contest, and despite its name, both veterans and those still serving in the U.S. military are eligible to compete. There are no age, weight or height restrictions.

Contestants are scored and ranked for grace, poise, confidence and personality based on an interview, talent performance, military background and history of advocacy.

“My talent is communicating,” said Carr, who is a China foreign area officer for U.S. Army Pacific at Fort Shafter and is fluent in Mandarin. She also knows Italian and Portuguese.

Carr has a two-decade “grass-to-brass” military background, enlisting when she was only 17.

She attended Syracuse University under the Army’s ROTC Green to Gold scholarship, graduating with a degree in international relations in 2001. She’s been stationed in both Vicenza and Naples, Italy, and in Beijing in the U.S. Defense Attaché Office.

She received a master’s degree in national securities studies in 2013 from the Naval Postgraduate School in Monterey, Calif.

She was a key player in developing the Army’s breastfeeding policy while she was assigned to the Defense Intelligence Agency in Washington in 2014.

As she did in the semifinals, during the Oct. 8 final competition she will present a poem she wrote about the plight of female veterans — recited in the three foreign languages she knows.

“Up until 2015, the Army never had a policy that addressed breastfeeding in uniform specifically,” she said. “So while there were policies on smoking and, well, you name it, there was never a policy for a female soldier to breastfeed.”

A soldier might find herself “sitting on bathroom floors trying to find an outlet to express milk in unsanitary conditions,” she said. Or perhaps there was no place to store the milk, or no set time was allocated for a soldier to break away for the routine, she said.

“These things don’t come to light until you’re going through them yourself,” said Carr, a mother four children ages 3, 5, 7 and 9.

“I’ve always enjoyed taking the ball and running with something greater than myself, especially when it comes to women’s issues,” she said.

A year ago, Carr, her Army veteran husband, Tony, and children moved to Hawaii, the state with the nation’s highest per capita rate of homeless people. Honolulu’s sidewalks and parks are peppered with makeshift tents and cardboard beds.

“Here in Hawaii, it’s so in your face all the time,” she said. “It’s heart wrenching.”

As of mid-September, Carr had raised $6,000 on the fundraising site CrowdRise that will be donated to Final Salute’s programs assisting homeless female veterans.

According to a report by the U.S. Department of Housing and Urban Development, an estimated 40,056 veterans were homeless as of January 2017; 3,754 of them were women.

Final Salute has argued in a white paper that HUD and the Veterans Administration vastly undercount the actual number of homeless female veterans because many of them “couch surf.” They nomadically move among friends and relatives, primarily out of fear that they might lose custody of children if they seek temporary or emergency shelters.

“Ultimately, I’d like to see change, and I want to be part of that change,” Carr said. “I don’t think anybody who has served our nation deserves to be homeless, let alone a woman and her child.”