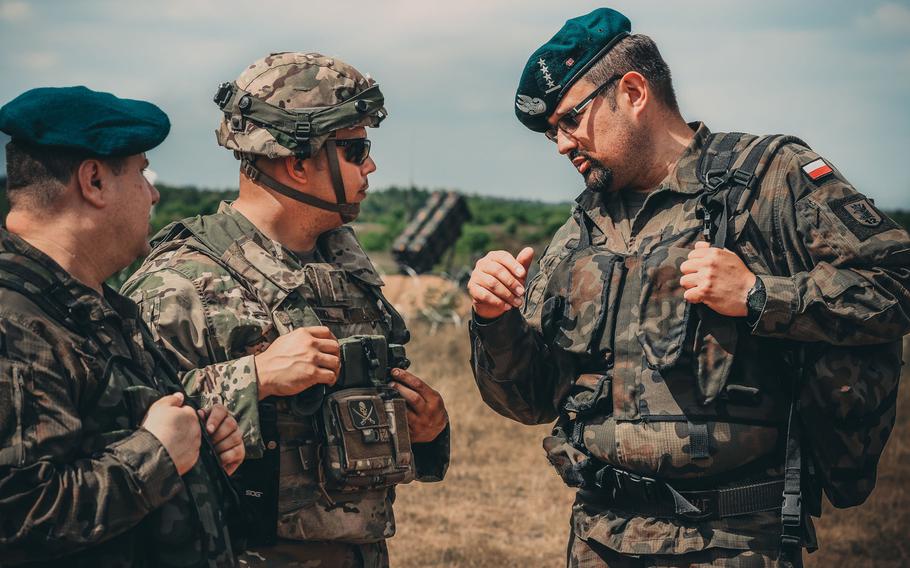 STUTTGART, Germany — The Army is offering big bucks to lure more warrant officers into the air defense artillery branch, where specialists are in high demand to meet an expanding set of global missions.

The Army said it will pay a $60,000 bonus in the hopes of attracting new warrant officers to fill manning gaps. Sixty-eight new ADA warrant officers are needed each year, Chief Warrant Officer 4 Jonathon Boone said in a recent Army statement.

The $60,000 bonus is open just to new defense tacticians and technicians, the Army said.

The service added it will accept warrant applicants from service members in other branches interested in switching to the Army.

The Army has recently placed Short-Range Air Defense capabilities near the top of its priority list as it seeks to counter adversaries like Russia and China.

Most SHORAD units in the active Army stood down in the aftermath of the Cold War, as the military shifted focus to counterinsurgency operations. However, Russia’s military intervention in Ukraine in 2014 and backing of separatists in the ongoing conflict in the country was a turning point for the Army.

The war in eastern Ukraine sparked renewed interest in rebuilding air-defense capabilities needed to combat more sophisticated weaponry than what troops faced during the wars in Iraq and Afghanistan.

The Army got a “wake-up call” when it witnessed the conflict in Ukraine, Col. Mark A. Holler, commandant of the Air Defense Artillery School, said in a July statement. In 2018, the Army activated the first SHORAD unit to be stationed in Germany since the end of the Cold War drawdown.

The push for more firepower is happening across the Army. Three years ago, none of the Army’s 10 active divisions had short-range air defense battalions assigned to them. In 2019, the Army said it would add 10 SHORAD units by 2024.

In the 1990s, it was standard for every division to have assigned SHORAD units.

The bonuses come as the Army seeks to improve officer retention in multiple high-demand jobs. Last week, the service hiked incentive pay for pilots for the first time in two decades.