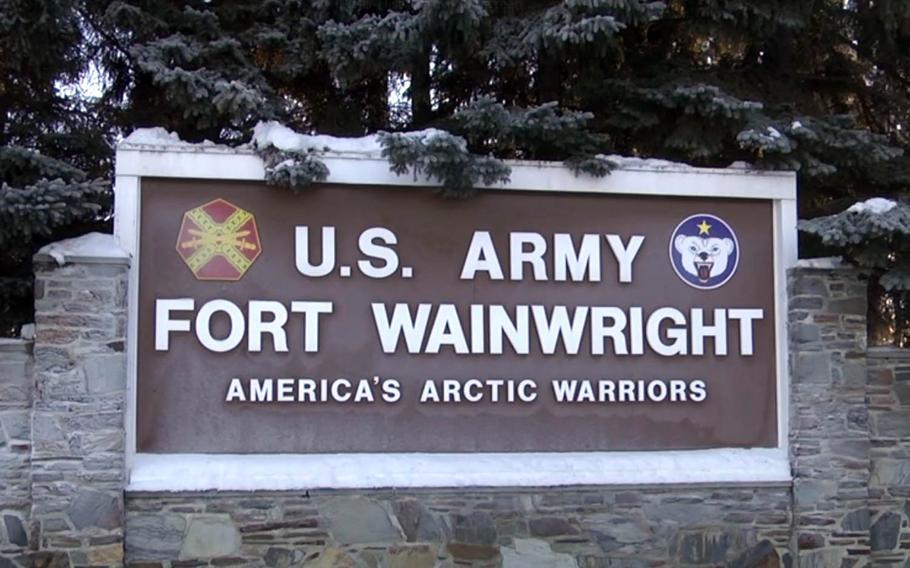 A Fort Wainwright sign is shown in this undated photo. (Courtesy of the U.S. Army)

A 25-year-old Army dog handler was found dead Wednesday at his home in North Pole, Alaska, the Army said.

Alaska law enforcement officers discovered the body of Sgt. Jorden Thomas Williams during a welfare check that had been requested by family members living outside the state, the Army said Friday in a statement.

North Pole is located between Eielson Air Force Base and Fort Wainwright, where Williams was stationed. The town is about 13 miles southeast of the central city of Fairbanks.

The Army did not release information about the circumstances of the soldier’s death. It is being investigated by the Alaska State Troopers and the Army Criminal Investigation Command.

He joined the Army from Cambridge, Ohio, in December 2013.