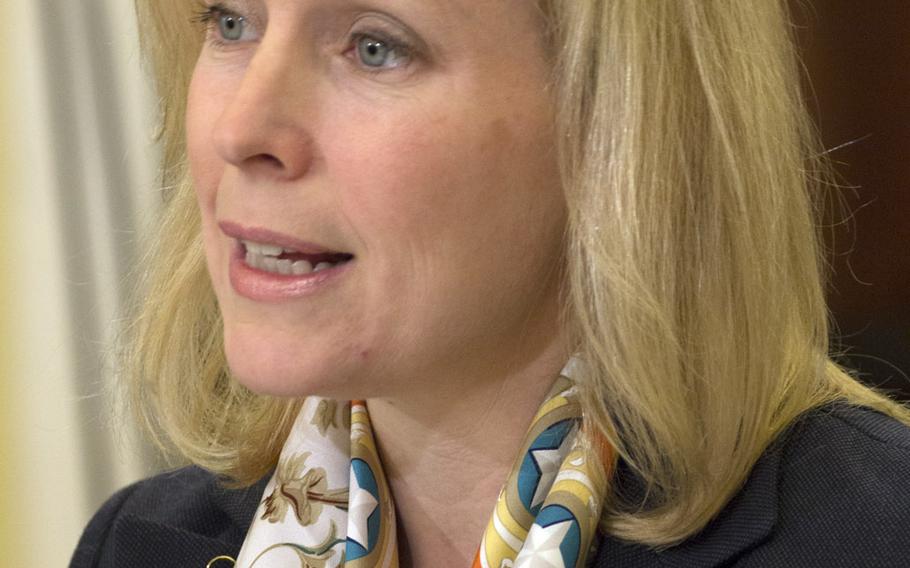 WASHINGTON — About 5,400 instances of sexual assault or “unwanted sexual contact” were reported within the U.S. military last fiscal year, a 60 percent rise from 2012, the Pentagon said Wednesday.

Meanwhile, the Army reported it had suspended hundreds of sexual assault response coordinators, recruiters and others in “positions of responsibility” for a range of missteps including sexual assault and alcohol abuse.

The Pentagon’s preliminary sexual assault tally for fiscal 2013, which ended Sept. 30, has risen since late December, when the military reported slightly more than 5,000 incidents. The number could rise again before a final report for 2013, Pentagon spokeswoman Lt. Col. Cathy Wilkinson said.

In fiscal 2012, military members reported 3,374 instances of unwanted sexual contact. Defense official estimated the true number was about 26,000, based on a “prevalence survey” given to troops.

The survey, which indicates that fewer than 20 percent of such incidents are reported, is conducted every second year, meaning no estimate for the total number of incidents will be available for 2013.

The latest number came out in panel discussion during a Senate hearing Wednesday to discuss the links between sexual assault, PTSD and suicide. The hearing was run by Sen. Kirsten Gillibrand, D-N.Y., who’s spearheading an effort to overhaul prosecutions of serious crimes in the military in order to better protect sexual assault victims.

Gillibrand said late Wednesday that her bill, the Military Justice Improvement Act, had received unanimous consent from senators to move forward to debate on Senate floor. Although a majority of senators have indicated they support the bill to strip military commanders of authority over major criminal prosecutions, not enough have yet signed on to bypass a filibuster that opponents have promised.

More than 600 of the incidents, or about 11 percent, occurred prior to servicemembers entering the military, Wilkinson said. In 2012, only 3.4 percent of reports were from events prior to military service.

Defense officials regard the increase as a sign that confidence in the military sexual assault reporting system is growing, she said.

The Army, which announced it had disqualified 588 out of about 20,000 soldiers in “positions of trust” is in the process of deciding whether those suspended can remain in the service, a spokesman at the Pentagon said.

“To date, 79 are pending separation from the Army,” Col. David H. Patterson Jr. said. “However, others could face further actions from their commands.”

Defense Secretary Chuck Hagel last May ordered the services to conduct a “stand down” to review the credentials and backgrounds of recruiters and sexual assault response personnel.

In August, the Army announced it had suspended 55 sexual assault counselors, drill instructors, recruiters and others, less than one-tenth of the eventual number pulled out of their jobs.

“The Army continues to ensure that those in positions of personal trust have the right tools, skills and background needed to carry out their duties effectively,” Patterson said. “We will continue working to better ensure we select the very best people for these posts, and that the chain of command knows what is expected of them, and how important this work is to the Army.”

According to a report in USA Today, the Navy disqualified five personnel, while the Marines suspended no one.

The Air Force said it had suspended two people after doing background checks for about 2,600 sexual assault response coordinators and victim advocates.

Pentagon officials said part of the reason the Army found so many more people to suspend may have resulted from the service branch going beyond Hagel’s order from last spring, and reviewing the records of drill sergeants and other trainers as well.

Hagel’s spokesman, Rear Adm. John Kirby, said the defense secretary supported the Army’s initiative to cast a wider net than absolutely required in an effort to stamp out sexual assault.

“Nothing is more important to Secretary Hagel than the health and well-being of our troops and their families,” Kirby said. “He was happy to learn that the Army widened the scope of their review and he is grateful for the work they have done to get a better grip on a very difficult issue and hold people accountable.”