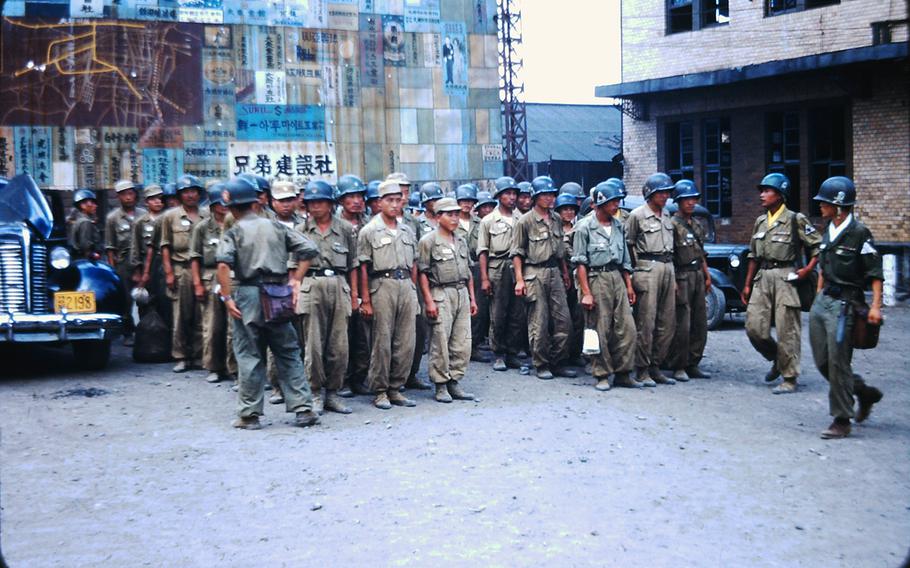 South Koreans go about their daily lives near a Seoul train station during the Korean War. (Thomas Hutton/U.S. Army photo) 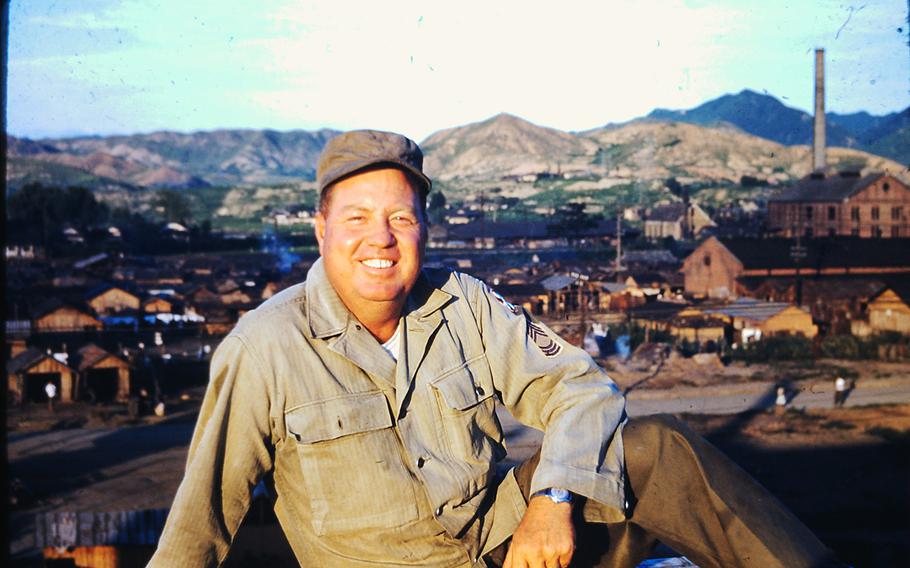 South Koreans pose in the countryside in 1952 during the Korean War. (Thomas Hutton/U.S. Army photo) 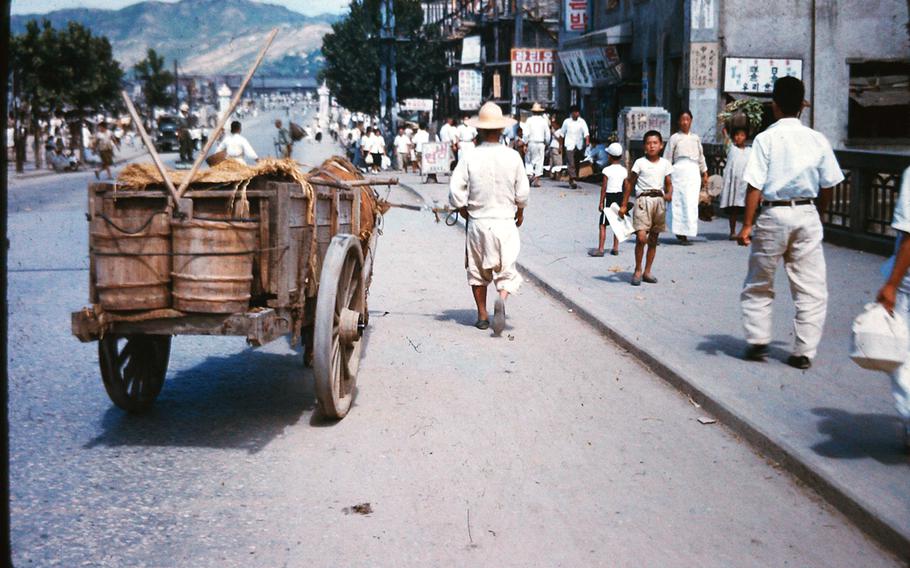 South Koreans walk down a street in Daejon in 1952 during the Korean War. (Thomas Hutton/U.S. Army photo) 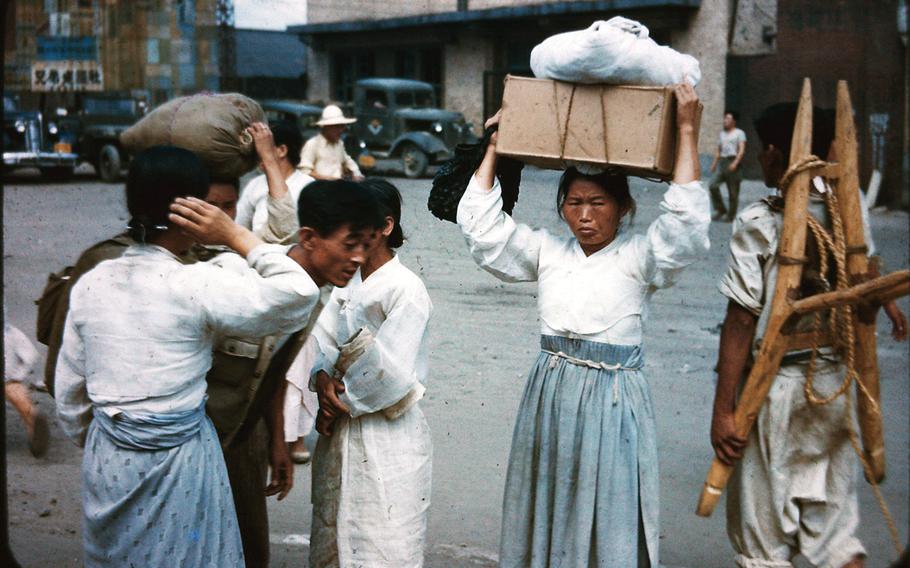 South Koreans go about their daily lives near Daejon Station in 1952 during the Korean War. (Thomas Hutton/U.S. Army photo) South Korean soldiers called KATUSAs, who are assigned to the U.S. Army, pose for a photo in 1952. (Thomas Hutton/U.S. Army photo) GYERYONG, South Korea — An Army colonel has donated hundreds of color Korean War photographs to the South Korean army that provide a rare glimpse into daily life away from the front lines.

Col. Brandon Newton handed over 239 images taken by his grandfather, then-Master Sgt. Thomas Hutton, during a ceremony Tuesday at the South Korean Army Personnel Command headquarters in Gyeryong, about 90 miles south of Seoul.

“[The photos] provide a very accurate and important history of what Korea was like in 1952,” Newton said. “It helps us understand our alliance is not just about the relationship between our militaries but also between our people.”

Hutton’s photos were shot mostly near the cities of Daegu and Daejon, where he was assigned to the 91st Ordnance Company. Some images show locals walking along dirt streets completing their daily chores, while others give a behind-the-scenes peek at American and South Korean soldiers living and working together.

South Korean Maj. Gen. Kim Mon Gon told Newton after the ceremony it was the photos of the South Korean troops that makes the images so special to his army, because it was rare at the time for anyone in impoverished South Korea to own a camera.

“This is very valuable for us,” Kim said. “It will help us study the future from the past.”

The images may have never left Newton’s cellphone if it wasn’t for a chance encounter with South Korean Master Sgt. Park Young Ju.

Last summer — as the two shared a few beers outside Camp Red Cloud, where Newton serves as Area I garrison commander — he showed Park the hundreds of photos he had digitized from a series of old Korean War-era slides passed around his family after his grandmother died years ago.

An early photo of some of the first KATUSAs — Korean augments to the U.S. Army — immediately sparked Park’s interest, because he leads modern KATUSAs assigned to the 55th Military Police Company at Camp Casey.

Park had been on the lookout for photos to fill the new KATUSA museum being built at Camp Humphreys.

“I saw the pictures on [Newton’s] cellphone and told him these need to be in a museum,” he said.

Park contacted his bosses, who then got in touch with the South Korean army archives, setting the stage for Tuesday’s ceremony.

Newton said his grandfather — a great showman — would had reveled in the spotlight.

“He would have been more proud of the fawning over his photographic ability … than the photos’ implication of the South Korean-U.S. alliance,” Newton said with a laugh.

Newton called his grandfather the epitome of a noncommissioned officer who “made it out of nothing,” bouncing around the west during the Dust Bowl-era before enlisting into the Army.

He then served in the Indo-Burma theater during World War II, and began honing his photography skills in occupied Japan. When the Korean War started, he shipped over with a 35mm camera and a charge to lead young soldiers into war.

A small exhibition of Hutton’s photos was held at the South Korean army base in Gyeryong; however, the full set of images are being archived and restored, and there are no immediate plans for future showings.