Army: Austin is 'the right place' for Futures Command headquarters 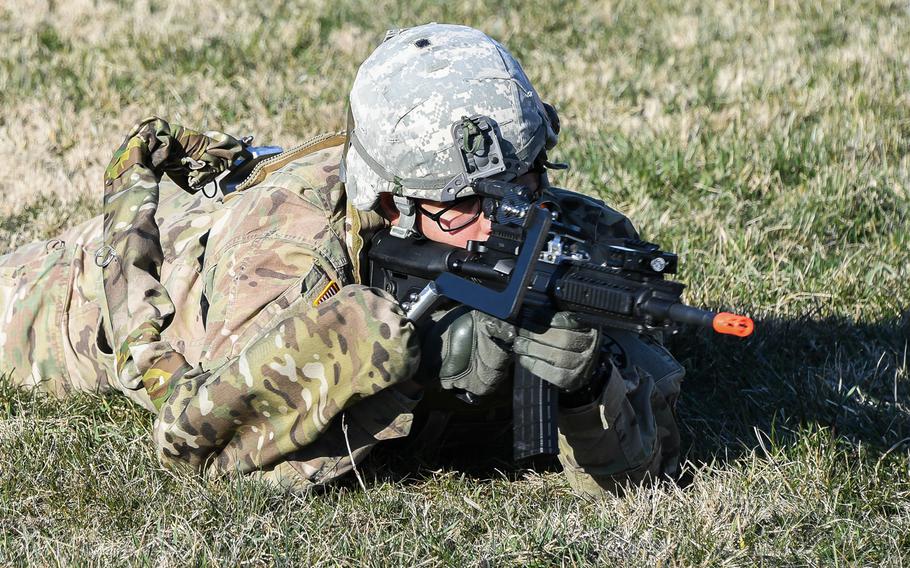 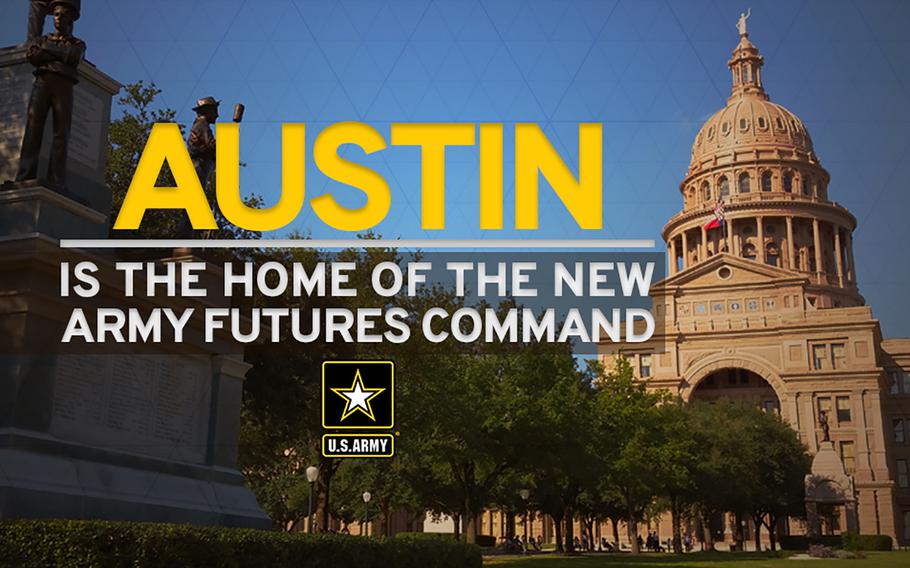 About a half-dozen Army officials left the Washington D.C. area Friday to begin setting up the new Army Futures Command in the Texas capital, Ryan McCarthy, the undersecretary of the Army, told reporters at the Pentagon. The service aims to have the command, which will include about 500 personnel, fully operational in Austin in one year.

Austin boasts all of the attributes that Army leaders were looking for in a home for the new command, McCarthy said. Those features included top-tier educational institutions with advanced science, technology, engineering and math programs; access to cutting edge industry; high quality of life, and an affordable cost of living, he said.

While the commander and his staff will work in the headquarters office, the Army envisions much of the Futures Command staff operating from cells inside businesses, schools and in other Army commands to work hand-in-hand with other entities to develop technology, McCarthy said. The Army has already selected a commander to lead the organization, officials said, but they declined to name the general publicly on Friday before a nomination is formally sent to Congress.

The Army spent months searching for a home for its new command headquarters since it was announced in October. Service officials considered about 150 cities, settling on five – Austin, Boston, Minneapolis, Philadelphia and Raleigh, N.C. – for final consideration. McCarthy said Austin provided the Army incentives to establish its new headquarters in the city, but he declined Friday to provide specifics.

Futures Command is the first new major command that the service has established since 1973 when it created Forces Command and Training and Doctrine Command following the Vietnam War as it shifted its focus to Cold War operations.

Similarly, top Army officials elected to build Futures Command as the Pentagon shifts much of its attention from the recent – and ongoing – wars in Afghanistan and Iraq focused against insurgencies and terrorist groups to large-scale warfare against potential near-peer rivals, such as Russia or China.

The Army has forgone major weapons modernization for years to focus on those terrorist operations and other low-intensity fights in places such as Syria, Yemen and Somalia, but Defense Secretary Jim Mattis has made it clear that military readiness and lethality are key priorities for the department and the services must be prepared for an ever-changing, and technologically advanced enemy.

It will also work to find new forms of technology that Army officials believe will be needed in future wars fought in multiple domains including space and cyberspace, the Army’s top civilian said. Those platforms include hypersonic weapons that travel at speeds of Mach 5 and faster, directed energy weapons such as lasers and other focused energy beams, as well as artificial intelligence and robots.

“The character of war is fundamentally changing,” Esper said. “Whoever gets there first will have unmatched lethality on the battlefield for years to come. So we have some critical technologies out there that are essential ... to make sure we get there first with these kinds of weapons systems.”

“This is a major win for the Austin Mega Region. It further reinforces our unique combination of resources – a deep talent base, innovative thinkers and high quality of life – that make the area so attractive,” said Phil Wilson, chairman of the Greater Austin Chamber of Commerce. “We look forward to helping make the Austin region home of the Army Futures Command as they centralize and seed innovation to the battlefield under a new four-star general.”

Austin Mayor Steve Adler said he was excited to see Futures Command in his city.

“Innovation and creativity are intersecting with more industries every day, and it’s happening more and more in Austin, an international innovation capital,” he said. “This announcement is great for our economy and presents endless possibilities to develop collaboration with our vibrant and thriving technology industry.”

The metro Austin area’s population includes more than 2 million people, according to the city’s chamber of commerce. Major technology companies Apple, Dell and Samsung each employ more than 6,000 people in the area, which is also home to the University of Texas’s flagship campus. Other major employers in the area include Amazon, Applied Materials and National Instruments, according to the chamber.

The city is already home to the Army's Camp Mabry and is near the service's Operational Test Command at Fort Hood, its medical research and development operations at Brooke Army Medical Center and Joint Base San Antonio.

Texas lawmakers also praised the selection, saying the city is a hub for innovation where the Army will be welcomed.

“Austin’s dynamic growth, access to top research institutions such as the University of Texas, and proximity to innovative tech and business industries make the city a strong choice for the new Army Futures Command,” said Sen. John Cornyn, R-Texas. “I look forward to supporting this new Command as it develops technologies to carry our nation’s warfighters into the future.”