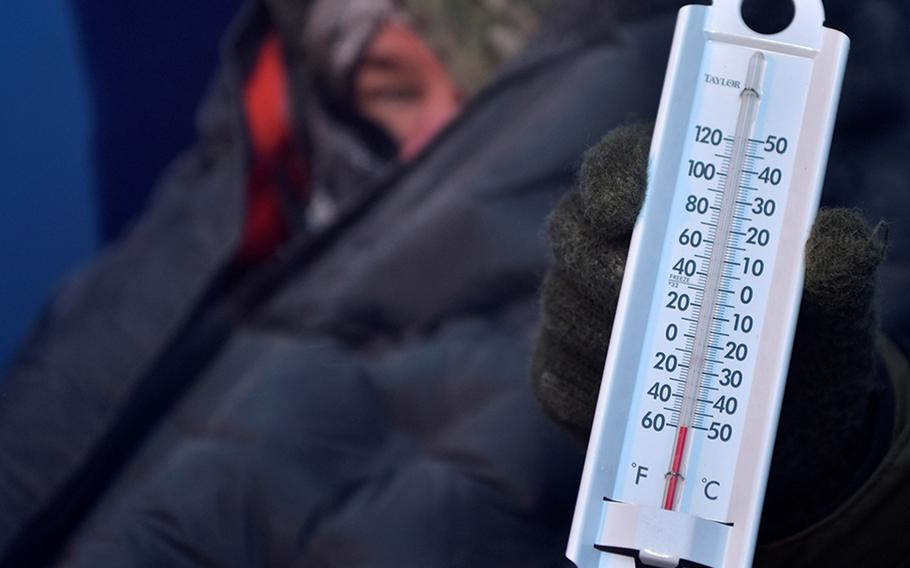 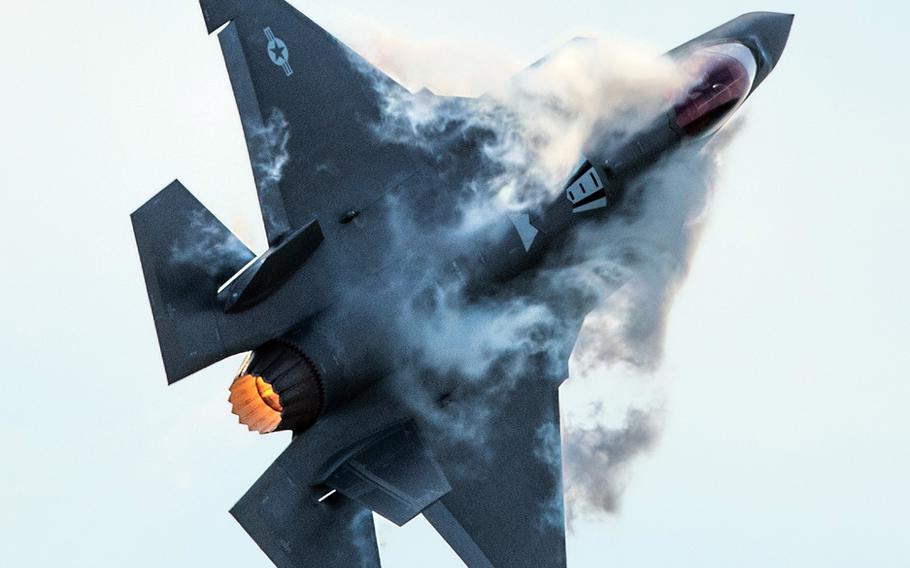 A cold-weather survival kit under development at Eielson Air Force Base, Alaska, was designed to keep F-35A Lightning II pilots alive at 40 degrees below zero.

Thanks to a thermometer glitch, the kit surprised its testers on Nov. 5 by keeping subjects reasonably warm for six hours in temperatures that dropped below minus 65, said Tech. Sgt. Garrett Wright, operations noncommissioned officer for the Artic Survival School, 66th Training Squadron, Detachment 1.

One of the four test subjects, Lt. Col. James Christensen, a pilot and commander of the 356th Fighter Squadron at Eielson, reviewed the kit in an email Wednesday to Stars and Stripes.

“This would enable pilots to survive for hours while awaiting rescue,” he wrote. “However, I was never really warm or comfortable in that environment with this gear. I still had cold legs, feet and face, and the hands were a problem throughout the test. It will keep you alive, but not comfortable. Don’t touch anything metal at that temperature!”

The test was successful, but the Air Force has yet to decide whether to include the new survival kit on board the stealth fighters when they arrive at the reactivated 356th in 2020.

Airmen at the Eielson survival school created the kit after the Air Force discovered the equipment in older fighters like the F-16 Fighting Falcon would not fit underneath the F-35A’s ejection seat, Wright said by phone Wednesday. He began working on the project 1 ½ half years ago.

“I quickly realized that it was about two-thirds the size of the kit used for aircraft like the F-16,” he said. “The sleeping bag would not fit under the ejection seat, so we needed something else that would fit and allow pilots to survive.”

The sleeping bag was the major struggle for the team, because, according to Wright, the best bags are filled with down, which do not retain their insulation properties very well after they have been vacuum sealed.

The team opted for a system by Wiggy Industries of Grand Junction, Colo., that incorporates a synthetic insulating fiber called Lamilite into a poncho and pants that can be converted into a sleeping bag. According to the company website, Lamilite does not lose its ability to “re-loft” even after being vacuum packed.

The new kit also includes a raft that can be used as a shelter, wool mittens, six hand warmers that last 12 hours each, flares, a survival beacon, a space blanket and a Leatherman multitool, Wright said. The kit also includes a short saw and redesigned shovel that would fit the cramped space. The saw and shovel are used to build snow shelters.

“The system we tested has a lot of individual components to put on,” Christensen said in his email. “It was difficult with my cold hands to get all of the gear on in a timely manner, but after everything was on, the system provided excellent protection.

“By using all of the pilot cold weather clothing, plus the survival system and the one-man life raft, I could build a cocoon of warm air surrounding my body,” he said.

The squadron commander recalled the chilling details of the survival test, which took place in test chambers at the International Artic Research Center at the University of Alaska Fairbanks.

“Any piece of exposed skin began to ache immediately,” Christensen wrote in his email. “Within 30 seconds, the fingers would feel pain and within 90 seconds they would go numb. I would have to stop working to warm them up again. I was very careful to protect the nose and cheeks from exposure as well.”

The system was designed for temperatures around minus 40, but a fluke at the test facility brought the temperature below minus 65, Wright said.

About five hours into the test, while taking digital temperature readings and checking on the test subjects, Wright said he felt something was off and asked the facility staff for a mercury thermometer.

His digital thermometer indicated minus 40 in the colder chamber, but after five minutes the mercury thermometer dropped below minus 65. He said the team knew for sure the kit would function beyond its intended parameters.