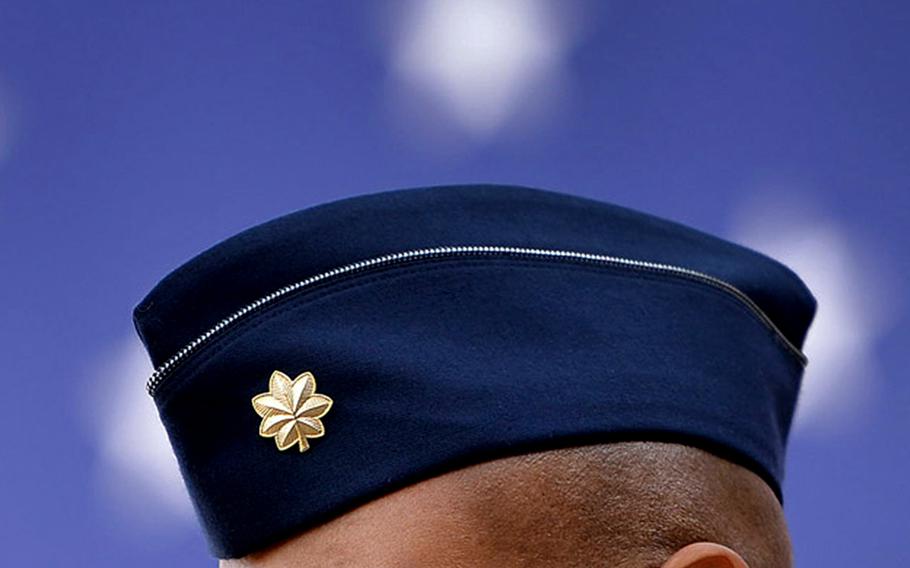 The Air Force will require any adverse personnel action to be provided to promotion boards considering officers for promotion to major and above, beginning March 1, 2021. (Dennis Rogers/U.S. Air Force)

Air Force officers with negative actions on their records may soon face greater scrutiny when being considered for promotions.

Starting March 1, the Air Force will provide selection boards with “adverse information” when they consider officers for promotion in the ranks of major and above, the service said in a statement Thursday.

Wing commanders and others previously authorized to do so will no longer have the discretion to remove adverse information from an officer’s selection record, the statement said.

Previously, the services were only required to provide this information to general officer promotion boards.

All Defense Department services were required to begin making the changes following guidance issued in December. For reservists called up to active duty, adverse information must be provided to boards considering O-6 and above promotions.

Boards for captain and above will also receive “reportable information,” which is when allegations receive significant media attention or are of interest to the Senate Armed Services Committee.

The new rule applies to all active duty, reservist and guard officers.

The policy will help “ensure we are promoting leaders of character and competence,” said Lt. Gen. Brian T. Kelly, deputy chief of staff for manpower, personnel and services. “This additional mechanism in the promotion process will promote transparency and accountability for everyone.”

In some cases, adverse information dating back to Jan. 1, 2012, will now be filed in an officer’s selection record, the statement said.

Kelly said the service anticipates concern from officers on how this might affect promotion opportunity.

“We often hear about it being a one-mistake Air Force, which really had not been true,” Kelly said, adding that the service’s selection boards and the Senate “have consistently shown the ability” to be objective and recommend and confirm officers for promotion if an incident is “indicative of a mistake and not a character flaw.”

“We expect this to continue,” he said.