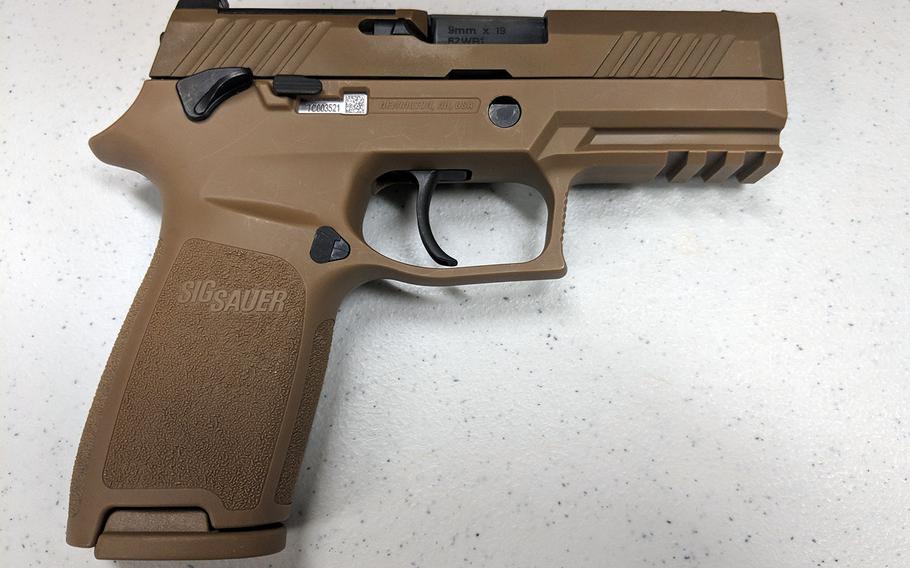 The Air Force has begun fielding the new Sig Sauer 9-mm handgun to security forces units as it begins replacing a pistol model used for the past 35 years.

The handguns will be made available to all Air Force organizations that have a handgun requirement, the service said.

“The Air Force bought the M9s back in the 1980s, and the design has not really changed since then,” said Merrill Adkison, senior logistics manager at the Small Arms Program Office.

The M18s are made of polymer, making it much lighter than the all-metal M9 handguns, Adkison said. The new pistol offers a more consistent trigger pull and adjustable grips to fit any size hand, he said.

It had become increasingly difficult for the Air Force to sustain the older technology of the M9s, he said.

In making its choice of a new handgun, the Army had adopted a modular handgun system first developed by the Air Force Security Forces Center, the Air Force said in the statement.

“The USAF Small Arms Program Office has worked with the Army to get these new weapons on contract and in the hands of the warfighters,” said Brian Lautzenheiser, lead program manager in the small arms office. “We are a small team with a lot going on as we work to procure and sustain all small arms from pistols to .50 caliber ground-mounted machine guns.”

The delivery of M18s to all airmen is expected to be complete by August 2022, the Air Force said.