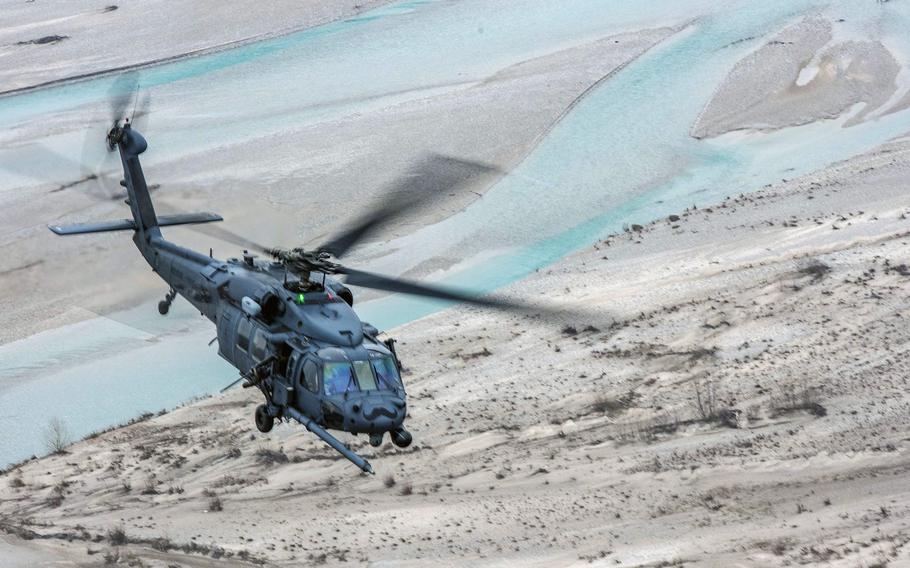 WASHINGTON — An experienced pilot misinterpreted navigation displays on the Air Force HH-60G Pave Hawk helicopter he was flying over western Iraq before it struck a cable and crashed, killing all seven servicemembers aboard, an investigation into the March crash found.

The pilot overshot the targeted landing zone, flying the helicopter into an unplanned location near the city of Qaim where it struck the nearly half-inch thick galvanized steel cable strung between a pair of 341-foot tall towers, rendering the helicopter unflyable, according to an investigation into the March 15 crash released Monday by the Air Force. The wreck of the search and rescue helicopter marked the single deadliest event for American troops in Iraq or Syria since the United States launched its fight against the Islamic State in June 2014.

Killed in the incident were four members of the flight crew and three pararescuemen, according to the Air Force.

The Pave Hawk that crashed was the lead element of a pair of helicopters moving to a landing zone to preposition to support a forthcoming ground operation nearby in case search and rescue operations were needed, according to the Air Combat Command investigation report.

Investigators blamed poor flight planning and unusual low-light conditions that made the steel cable impossible for the flight crew to see through their night-vision goggles.

But the primary issue was the pilot’s apparent misreading of the navigation display in which he turned at the intended landing point and continued flying north, the investigation found. The misinterpretation of the display was likely at least partially to blame on unnecessary GPS checkpoints appearing along the route beyond the intended landing zone, due to poor flight planning, the report said.