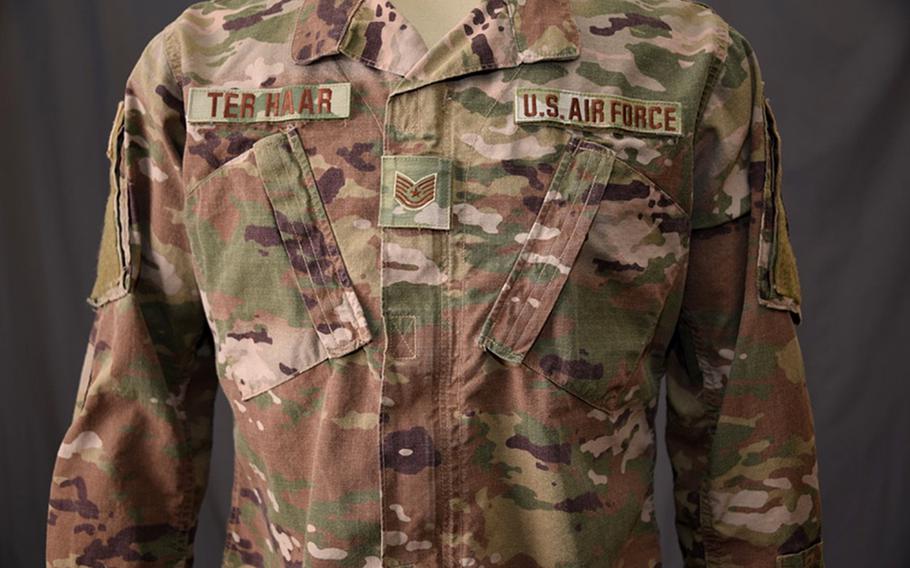 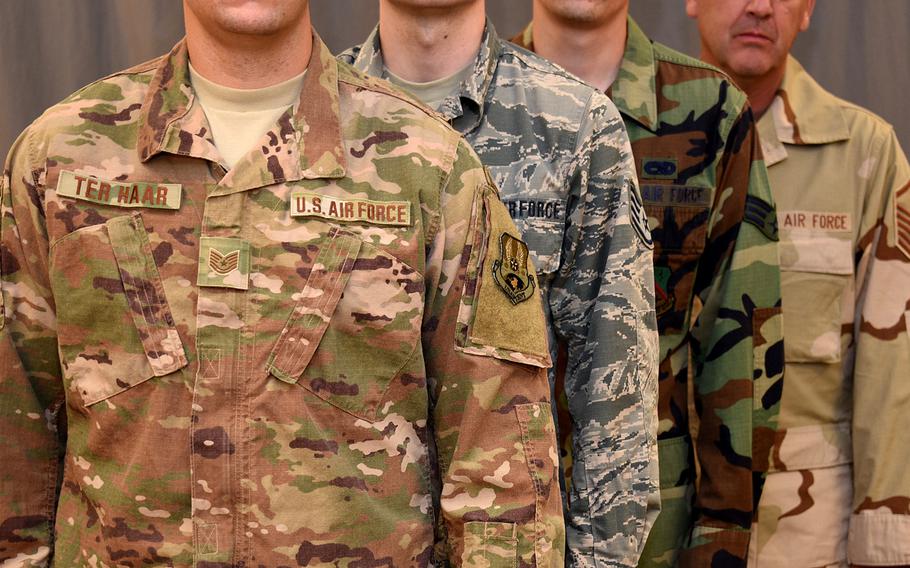 On April 1, 2021, the Operational Camouflage Pattern will become the mandatory utility uniform of the Air Force. First introduced in 2018, it replaces the Airman Battle Uniform, which had been the standard uniform since 2011. It replaced both the woodland camouflage Battle Dress Uniform and Desert Camouflage Uniform. (Daniel Ter Haar/U.S. Air National Guard)

All airmen will be required to wear the Operational Camouflage Pattern as a utility uniform starting April 1, according to an Air Force instruction.

The Air Force began changing over to the Army’s uniform pattern in 2018, replacing its gray, blue and green tiger stripe uniforms.

The mandated date for all personnel to change to the OCP was originally set for June last year, but was delayed to avoid “unnecessary stress” during the coronavirus pandemic.

With the new uniform, the color of rank insignias will be spice-brown, apart from first lieutenants and lieutenant colonels, who will wear black-threaded insignia. Only coyote-brown T-shirts and either green or coyote brown socks are authorized with OCPs. Undergarments must also be the same shade of brown, the instruction said.

A set of new coyote-color boots on the exchange website ranges from $116 to $264.