Air Force is looking for some airmen to transition to new jobs, National Guard or Reserve 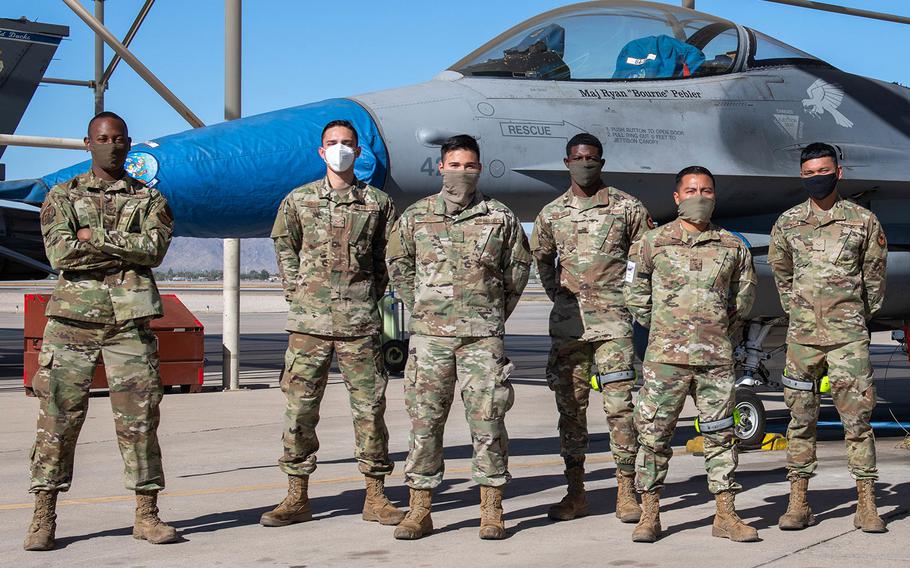 WASHINGTON — The Air Force will need some of its active-duty troops to transfer early to Reserve or National Guard duty or change specialties amid the highest retention rate that the service has seen nearly two decades, a top general said Tuesday.

The Air Force now boasts some 334,600 airmen on active-duty, about 900 more than the service’s congressionally determined target end strength for fiscal year 2021, said Lt. Gen. Brian Kelly, the Air Force personnel chief. The service has been overloaded as airmen have sought to remain on active-duty by recommitting or delaying retirement plans amid the coronavirus pandemic, which has cut deeply into the U.S. civilian job market.

In 2020, the Air Force has seen its greatest retention of troops since 2002, just after the 9/11 terrorist attacks, Kelly said, calling the unexpected boost "welcomed." He said he believed it reflected the poor jobs market but also an Air Force committed to improving its airmen’s lives. Nonetheless, the service is facing overmanning in certain jobs and ranks that it must take steps to address, he said.

“And so, as we go on in [fiscal year 2021], you'll be seeing us begin to look at the various levers for us to give people some opportunities to make some transitions in different ways,” Kelly said. “Particularly if they wanted, for instance, to transition to the Guard or Reserve on an earlier timeline then they normally would — we have abilities and opportunities for them to do that. Or if they wanted to move from an overmanned to an undermanned career field … we’ll have some opportunity for them to do that as we go forward.”

The service is in the process of examining its career fields to determine precisely which ones are overmanned and at what ranks within those fields airmen might need to be moved, Kelly said. The service will provide further information to the force soon, he added.

The high retention rates could also mean the end of some popular incentive bonuses, including reenlistment bonuses in some specialties, Kelly said. He did not provide specifics Tuesday about which retention bonuses could end.

The service, however, will not revert to involuntary measures to address its force size, Kelly said. The Air Force — like other military services — were forced to involuntarily separate thousands of troops amid sequestration-mandated budget cuts from 2012 to 2018.

“[There is] no anticipation and no outlook that we would use any involuntary measures … like we had had to do in the past when we had sequestration,” Kelly said.

The Navy last month announced it would take similar measures to reduce some overmanned specialties, including offering some enlisted sailors the opportunity to switch careers, transfer early to the reserves or even separate from active-duty before completing their enlistment obligations. Like the Air Force, the Navy vowed not to involuntarily separate troops.

Since sequestration, the Air Force has rebuilt its force, adding some 23,000 airmen and making up for a 4,000-troop shortfall in critical aircraft maintenance specialties.

However, not all jobs have been completely filled.

The service still faces a shortage of some 1,900 to 2,000 pilots, Kelly said. But the pilot issue has recently improved. As airliners, which compete heavily with the service to attract experienced flyers, have cut back positions during the pandemic, the service has seen some increase in retention of pilots, and he said he expected to see further increases in the near term.

Pilot positions are well-manned at higher ranks, major through colonel. But the Air Force is undermanned for pilots at the ranks of captain and below, Kelly said. The issue right now, he said, is the ability to attract and produce new pilots.

The Air Force, for now, does not plan to make deep cuts to its recruiting efforts to address its overmanning, Kelly said. The service in the past cut the number of new officers and enlisted airmen entering the service to help reduce its size, but it left the Air Force with too few troops at some ranks later, the general said.

The service will cut its recruiting goal slightly for fiscal year 2021, he said, but it still will need some airmen to agree to make shifts in their careers.

By bringing fewer new troops into the service, the Air Force could accomplish its end-strength reduction quickly, but it does not want to repeat mistakes caused by past recruiting reductions, Kelly said.

“You’re going to find suddenly that you’re short on staff sergeants or you’re short … captains in different places because you reduced accessions,” he said. “We want to have an overall comprehensive strategy that allows us to manage the size and shape of the force … not just using reduction and accessions. We're trying to balance it.”