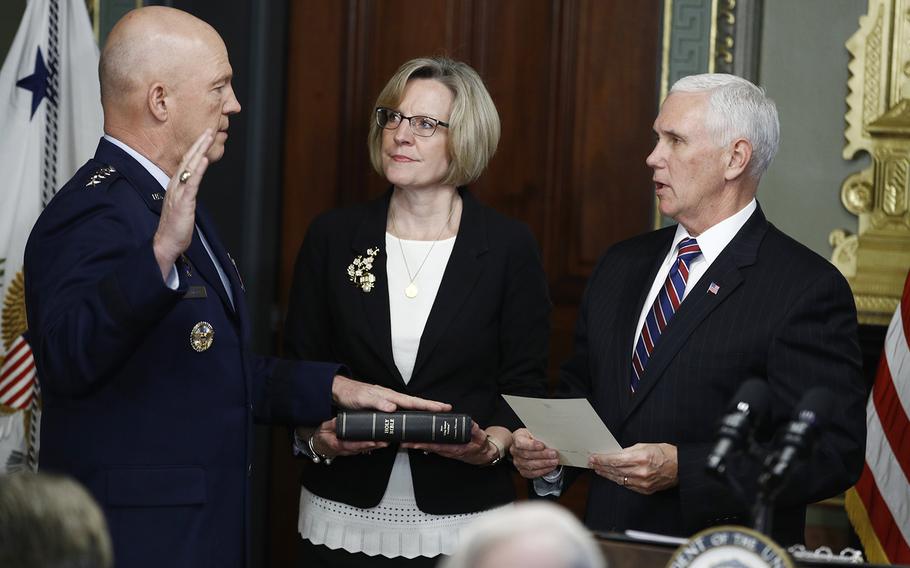 WASHINGTON — Vice President Mike Pence on Tuesday presided over the historic swearing-in ceremony of the first leader of the U.S. Space Force, the newest branch of the U.S. armed forces.

The Space Force was inaugurated as a separate branch of the U.S. military in December 2019.

In his new role, Raymond will also serve on the Joint Chiefs of Staff.

Pence stated that Raymond comes from a family with a rich military heritage, noting that since 1865 the Raymond family has had somebody in uniform serving in the U.S. armed forces.