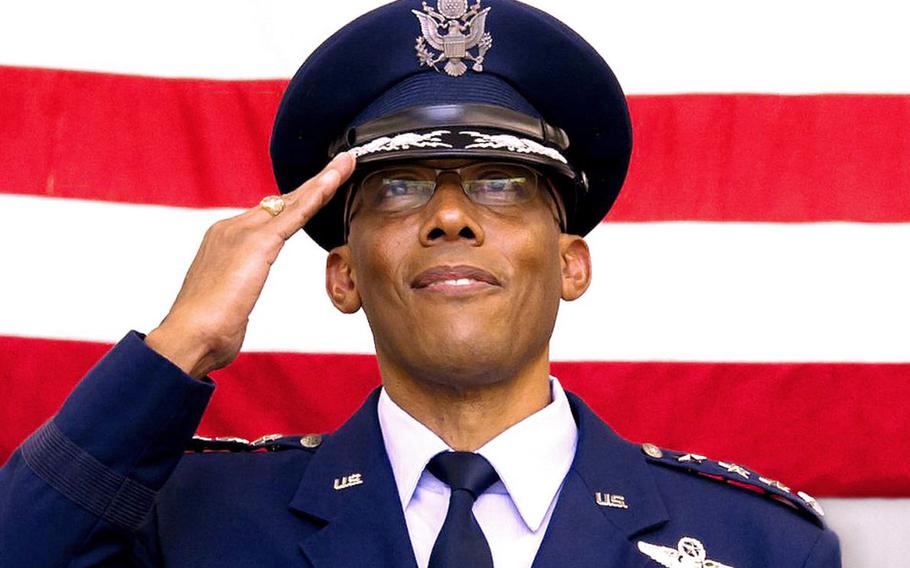 Gen. Charles Q. Brown has been confirmed by the Senate as the next chief of staff of the Air Force. The move clears the way for Brown to become the first black service chief in U.S. military history. (U.S. Air Force)

WASHINGTON — Air Force Gen. Charles Q. Brown Jr. was confirmed Tuesday as the 22nd Air Force chief and the first African American to be the top officer of a military service.

Brown, known as C.Q., is now the commander of U.S. Air Forces Pacific. He is replacing Gen. David Goldfein, who is expected to retire in the summer.

The confirmation comes as demonstrators across the United States have held protests against systemic racism and police brutality. Protests in all 50 states and in Washington, D.C., were sparked by the May 25 death of a handcuffed black man, George Floyd, by a Minneapolis police officer, who has since been fired and charged with second-degree murder.

“I’m thinking about how my nomination provides some hope but also comes with a heavy burden. I can’t fix centuries of racism in our country, nor can I fix decades of discrimination that may have impacted members of our Air Force,” he said in the video.

“Gen. Brown’s experience as commander of Pacific Air Forces and the air component commander of the Indo-Pacific Command will be an asset as we turn our focus even more to this priority theater,” he said in a prepared statement. “Not only is Gen. Brown accomplished in his military career, but he is an inspiring leader – brave, authentic, and unifying. I congratulate him on his historic promotion, and look forward to seeing his continued leadership in action.”

Brown is a battle-tested fighter pilot who commanded air forces operating in the Middle East — against the Islamic State in Iraq and Syria — and Afghanistan. He has served for 34 years in the military and piloted other aircraft including bombers and helicopters, according to his official biography.

President Donald Trump praised Brown’s confirmation ahead of the vote in a tweet, saying it is “a historic day for America! Excited to work even more closely with Gen. Brown, who is a Patriot and Great Leader!”